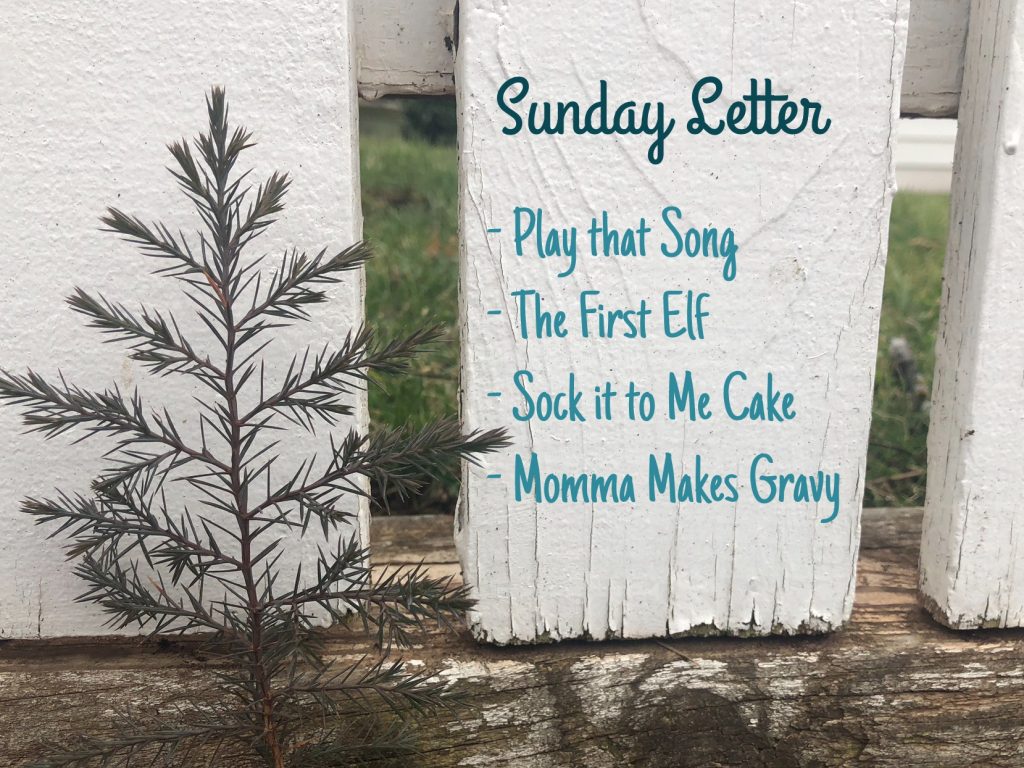 It’s inconceivable to me how quickly this year has flown. I hope Santa is better prepared than I…

I’ve been writing these Sunday Letters for a year now. I’ve missed two Sundays, I think. And a couple of letters were postcard short (like this one).

Today’s letter will be the last for 2018. Thanks for making my Sunday Letters a part of your week.

A few days ago I heard Silver Bells on the radio. Instantly, I was transported to Nana’s house on the home place, her living room to be precise, where she kept a modest stack of albums in a record stand much like a magazine rack. At Christmastime, her Bing Crosby Merry Christmas album was front and center partly as decoration, partly because she listened to it most often during the holidays. And Silver Bells was on that album.

Soon it will be Christmas Day.

Songs have power. Both the lyrics and the tune are as powerful as smells that transport me back to my school library or a trailer full of freshly picked cotton or a Frasier fir wreath hanging on the front door. This time of year especially, each old Christmas song seems to invoke a particular place or memory. 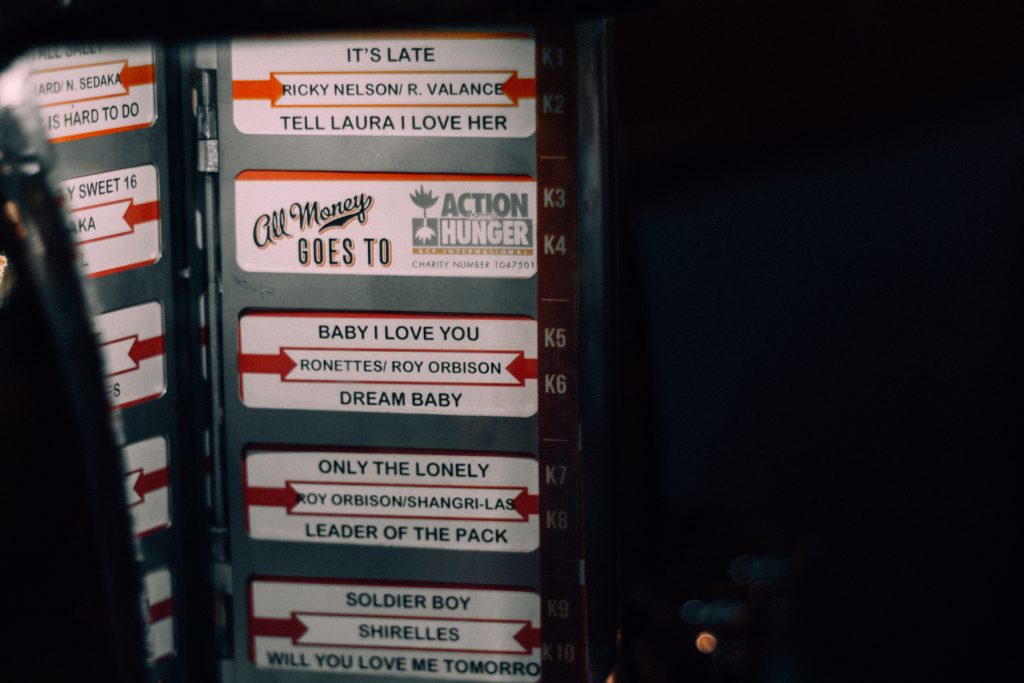 Patsy Kline always takes me to Uncle Rex and Frances’s house, particularly the trailer they lived in on the home place. Old church hymns deliver me to Brinkley Chapel, except for Blessed Assurance. That hymn reminds me of Nana because she whistled that tune until she couldn’t. On the rare occasion when I hear These Boots Are Made For Walking, I am back in Osceola waiting for the slow-moving train to pass through downtown. Frankie Valli’s Can’t Take My Eyes Off You will forever remind me of the Ginza District in Tokyo. Morning Has Broken delivers me back to tenth grade at Rivercrest High School, to my first day in choir. Anything by Johnny Rodriguez takes me to the lake in the 1970s.

I’ve been matching songs to blogs posts since the beginning of Grace Grits and Gardening, sort of a theme song or musical accompaniment to whatever I happen to be blogging about. I don’t know if anyone listens. I suppose it’s like all the other writing I do. I do it for myself and hope it touches someone. Or reminds someone of something.

I missed the whole Elf on the Shelf thing because my kids were in middle and high school when Santa began sending elves to watch over children just before Christmas. But for those of you currently living with a mischievous elf, I thought you’d want to know I found the first elf sitting of a shelf at Daisy & Olives in Prairie Grove. Evidently Santa has been sending elves to watch over shoppers for decades. Sock It To Me Cake

Do you remember the Sock it to Me Cake? It was all the rage when I was a teenager. Momma baked it and served it to friends over coffee. She took it to bake sales and cake walks and church happenings.

I made one this past week. 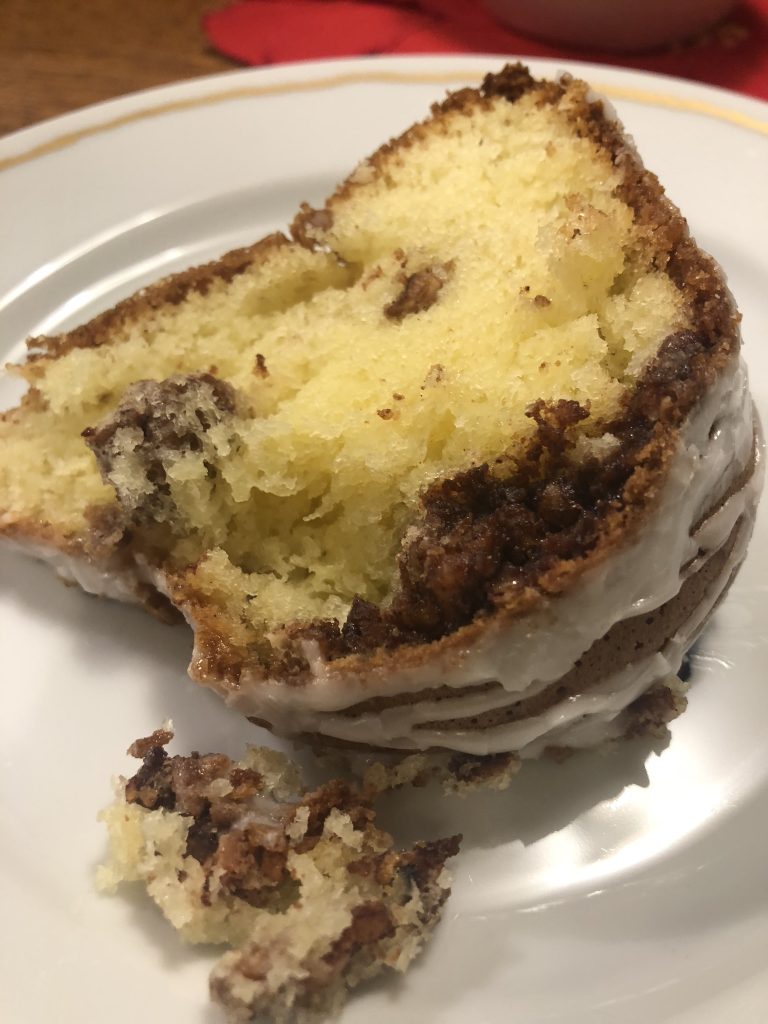 Much like the songs that take me back, the smell of it baking took me back, too. The combo of pecans and cinnamon and sugar could cure most any trouble I think.

See you in 2019 Sunday Letter friends.