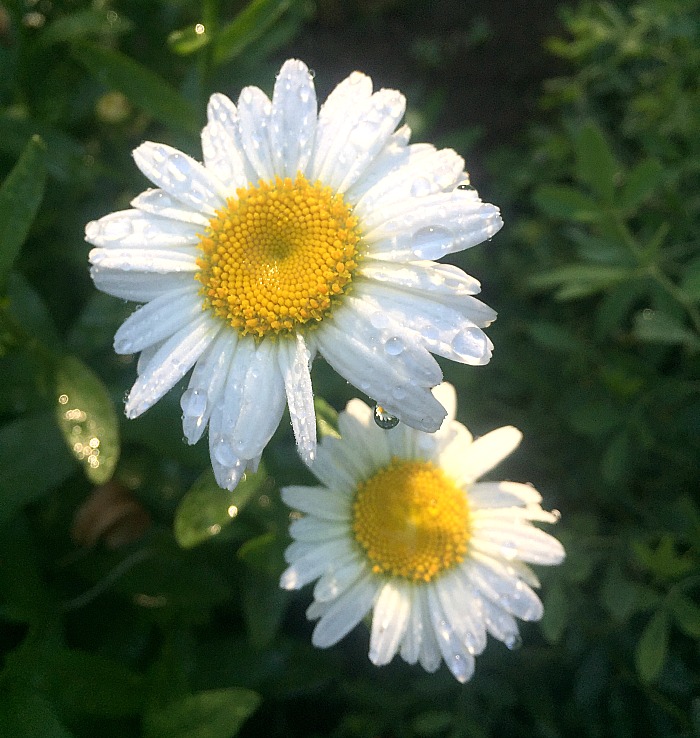 There’s a transparency in the early garden as fresh sunlight begins to filter down from Mount Sequoyah. Sweet air, clear thoughts, the dogs walk instead of sniff. O, the night-owls miss so much. I thank Daddy for my early-bird nature. And, Papa Creecy before him. Growing up in the Delta, I was surrounded by hard-working farmers who saw the sunrise every morning. It’s in my DNA. I bet if I do one of those ancestry tests, the early-bird farm girl slice of pie would be one of the largest pieces.

I can especially appreciate early morning now because for sooooo many years I spent those hours getting ready for work, fighting traffic to drive two kids to separate schools on opposite sides of Dallas, and then driving to work further across town. By eight a.m. when I logged onto my computer, I was exhausted. Sometimes I look back and wonder how I did it. All I can say is we do what we do. That was my life. And I wouldn’t trade a second of those priceless moments spent with my kids during the commute.

But. I love my early mornings now. Early morning washes away the longest, darkest night. I feel bad for the night-owls and all they miss.

Spiderwebs, invisible as a breath, catch water droplets and offer them to the new day like diamonds. All through the night, moonflowers collect moonlight. Come morning, what’s left of night shines from within. In the early garden, day lilies greet a new day.

To my night-owl friends: how about you capture night, and I’ll capture morning? That way we won’t miss a thing.

P.S. I wrote this before my “accidental porch fall”. I’m looking forward to my early morning walks once I’m healed…