The books I enjoyed in March took me soaring above the clouds, from Prince Edward Island to this side of Paradise, and along dark and filthy alleyways of Argentina. I traveled from the Cold War through those magical days when all the world raced to be first into space. And then on to solve a kooky mystery on Turpentine Lane. I met a quirky boy named Frank who dressed as though he channeled F. Scott Fitzgerald. Or Charles Lindbergh.

And these books taught me things. Opened my eyes. I thought new thoughts because of these books.

Indulge me for a moment while I tell you about a sad, stab-me-in-the-heart, March experience… I recently participated as an author vendor at a craft fair, and for every book I sold, 20 people told me, Oh, I don’t read or I can’t tell you the last time I read a book, or I only read my Bible. And they said it almost with a look of disdain as though I tried to sell them whiskey at church.

Really?
I believe Jesus would want us to read all sorts of books. Not just His.

If I hadn’t read these March books, so much of what I learned or the new ideas I thought would be replaced with what? And yes, there’s plenty to learn when reading fiction. Each book represents a different place to travel and new people to meet, but even more importantly, books turn on the spigot of our minds.

Now, I’ll jump from my soapbox and into the books. 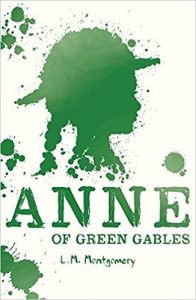 This old classic is one I like to re-read periodically and especially during the freshness of spring. After taking on a bit of serious subject matter in February, which included the underground railroad and Adolf Hitler, I decided a dose of Anne of Green Gables was exactly what I needed to start out the month. I listened to the audio version read by my girl crush, Rachel McAdams. Her voice perfectly captured Anne Shirley.

This Book Made Me: want to read the entire series from start to finish. I think I’ll add one per month because they make me happy.

My Favorite Line: Tomorrow is always fresh with no mistakes in it.

Be Frank With Me
by Julia Claiborne Johnson This story is about Frank, a brilliant, odd little boy, his unbalanced, rude mother (who thirty years prior wrote a best-selling novel), and the twenty-something girl sent to their California home by the New York publishing house to ensure the next book is finally completed. Basically, the girl becomes a nanny while the mother locks herself in her room with her typewriter. I found the story to be enjoyable and heart-wrenching at times. We’ve all met this socially-awkward kid. We’ve rooted for him, wanting him to have a normal life while celebrating his specialness. It was a quick romp meant to be fun.

This Book Made Me: think about how special different can be.

My Favorite Line: Youth isn’t wasted on the young. Literature is.

On Turpentine Lane
by Elinor Lipman This story had lots of things going on including a starter house with a mystery (possibly a super creepy mystery), a loser boyfriend on a “spiritual” journey, a co-worker / new love interest, and crazy-ass parents. I listened to the story while driving across the state of Arkansas for a book event. At times the story went off on random tangents, almost mimicking my back roads drive through the Ouachita Mountains, but even so, I felt entertained. Ask me about it in a couple of months and I probably won’t remember much about the storyline, and that’s okay. Sometimes we need an easy escape.

This Book Made Me: look up the author, Elinor Lipman. She’s written lots of books, and based on reviews, it seems On Turpentine Lane may not be her best work. I have new books to add to my list. That’s always exciting.

My Favorite Line: Sometimes things work out because it’s in the stars or a smart real estate lawyer picks up her phone. What a slice of hidden history! First off, I haven’t seen the movie, not for lack of trying. I typically prefer the book to the movie anyhow. But right here and right now, I’m going to say something I don’t often say. I imagine the movie is more entertaining than the book. While the story is astounding, at times the book felt bone dry. The story about NASA doesn’t occur until the last quarter of the book. As is usually the case, the book provides much more (sometimes numbing) detail and background information which diehard history buffs will eat up. Whichever version you choose, Hidden Figures represents a surprising part of history everyone needs to celebrate and honor.

This Side of Paradise
by F. Scott Fitzgerald 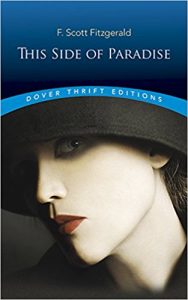 Since I visited the Fitzgerald house in Montgomery, I’ve been wanting to read more by and about Scott and Zelda. And as much as I wanted to love this book, I didn’t. But I don’t blame Fitzgerald. I blame the audio version I chose. The reader’s voice sounded so much like whiny Truman Capote, I despised the main character, Amory. Mid way through I wanted to poke my ears out. Still, knowing what I know about Scott Fitzgerald, I could see in his writing foreshadowing of his life to come. And there’s no denying his writing is beautiful. I should have read an old, lovely copy of the book so I could sink into his words rather than listen to an annoying reader.

This Book Made Me: think about what I know of the Fitzgeralds and their great love affair and compare literature “then” to writing now.

My Favorite Line: At fifteen you had the radiance of early morning, at twenty you will begin to have the melancholy brilliance of the moon, and when you are my age you will give out, as I do, the genial golden warmth of 4 p.m.

Things We Lost in the Fire: Stories
By Mariana Enriquez These twelve well-written short stories set in Argentina delivered me to filthy neighborhoods and dark nights. From contemporary sociopolitical unrest to feral children, the unsettling plots within this book read like modern day Poe, macabre yet real, and not for someone looking for a light read.

This Book Made Me: cringe but marvel over the writing.

My Favorite Line: We all walk over bones in this city, it’s just a question of making holes deep enough to reach the buried dead.

The Aviator’s Wife
by Melanie Benjamin 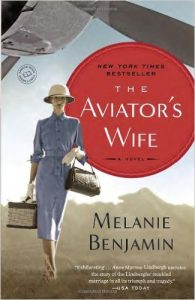 As a high schooler, The National Air and Space Museum was my favorite of the Smithsonian institutions. The idea of astronauts and airline pilots and traveling in the clouds was as romantic as anything. I stared up at the Spirit of St. Louis and thought it must be dusted in magic because it looked more like a flimsy school science project than something that might fly successfully over the ocean. And, really, that’s about all I knew of Charles Lindbergh. That and the fact his baby was kidnapped right from his crib, a true horror story as scary as the stealthy Russians and the impending Rapture and the pimples on my chin.

Fast forward to March 2017. I thoroughly enjoyed The Aviator’s Wife. I especially enjoyed learning more about Ann Morrow Lindbergh, who wrote one of my favorite books, Gifts from the Sea (which now of course I must re-read.) While Charles was no doubt a brilliant visionary, a mover and shaker, Ann was the silent strength behind the hero. The unsung hero.

This Book Made Me: wonder what it must be like to be a fearless, true adventurer.

My Favorite Line: “Only the weak need heroes … and heroes need … those around them to remain weak.”

That’s a wrap for March!
What did you read?