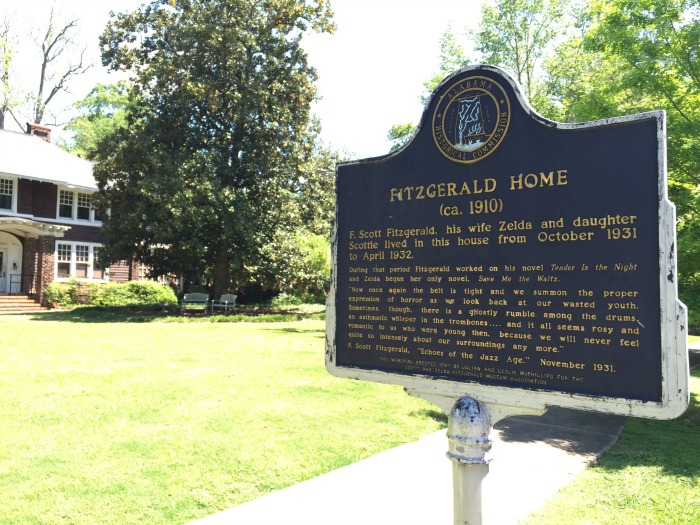 After some urging, they married on April 3, 1920 at St. Patrick’s Cathedral in New York, one week after his debut novel, This Side of Paradise, was published.

Thus began a love affair for the ages, a relationship described as tumultuous and extravagant, one filled with rocky, passionate romance. A love affair on display today at the Fitzgerald Museum in Montgomery Alabama. She was his muse, and he was her great love. Like gypsies, they never lived anywhere for an extended period of time, calling New York, Paris, Minnesota, Italy, and Alabama home.

This house (circa 1910) in Montgomery is where they lived together longest from October 1931 to April 1932.

During the late 1930s (post-Fitzgerald), the home was carved into four apartments. The Great Depression took its toll on Montgomery and all around the country. Over time, the home fell further into disrepair.

In 1986, Julian and Leslie McPhillips, local Montgomery residents, saved the house from demolition. They later donated the property to the Scott and Zelda Fitzgerald Museum Association.

Today, the Fitzgerald Museum is the only museum in the world dedicated to Scott and Zelda. 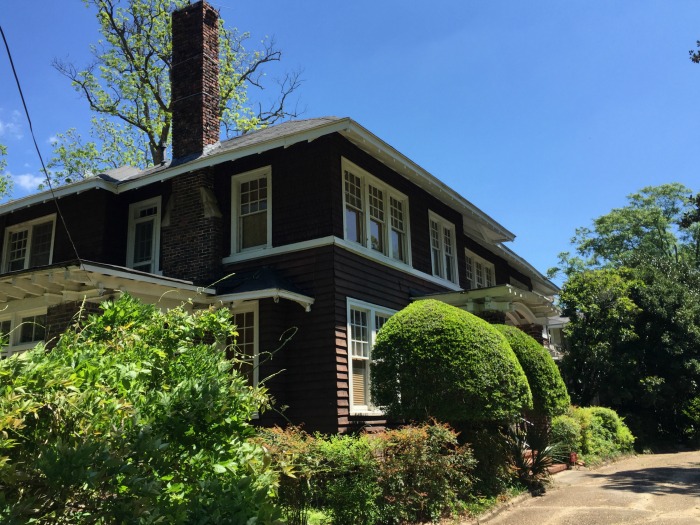 He was a playboy with an affinity for alcohol. She had mental problems and was eventually diagnosed with schizophrenia. Even with all the passionate highs and desolate lows, there’s no denying the ardor that existed between the two. Volumes have been published devoted entirely to their love letters. Dear Scott, Dearest Zelda contains the 333 love letters they wrote to one another.

Many are on display in the museum. For me, one of the most intriguing artifacts housed at the museum is an over-sized ledger with detail of Fitzgerald’s royalty payments for each year. Every nickel earned is recorded in his meticulous hand, divided among categories such as stories, books, plays, foreign language rights. “Stories and books” like The Great Gatsby. Seriously, I could have spent all day studying this leather bound volume which rests on a music stand like the Broadman Hymnal. 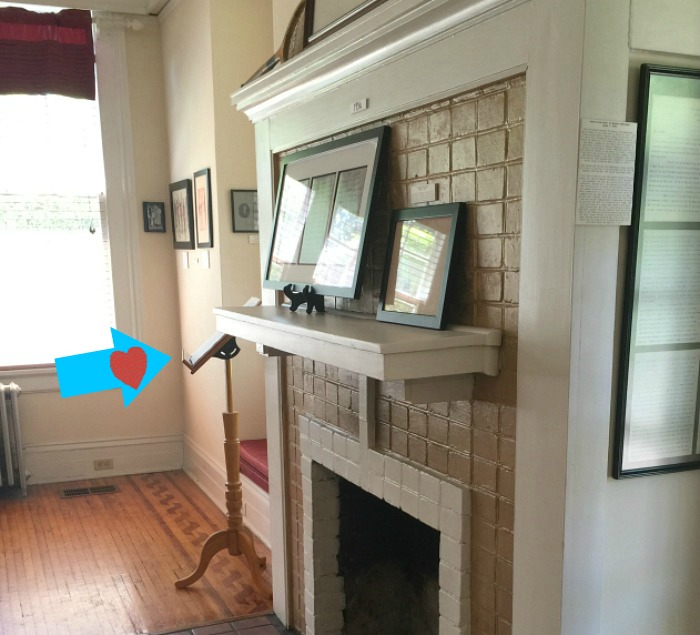 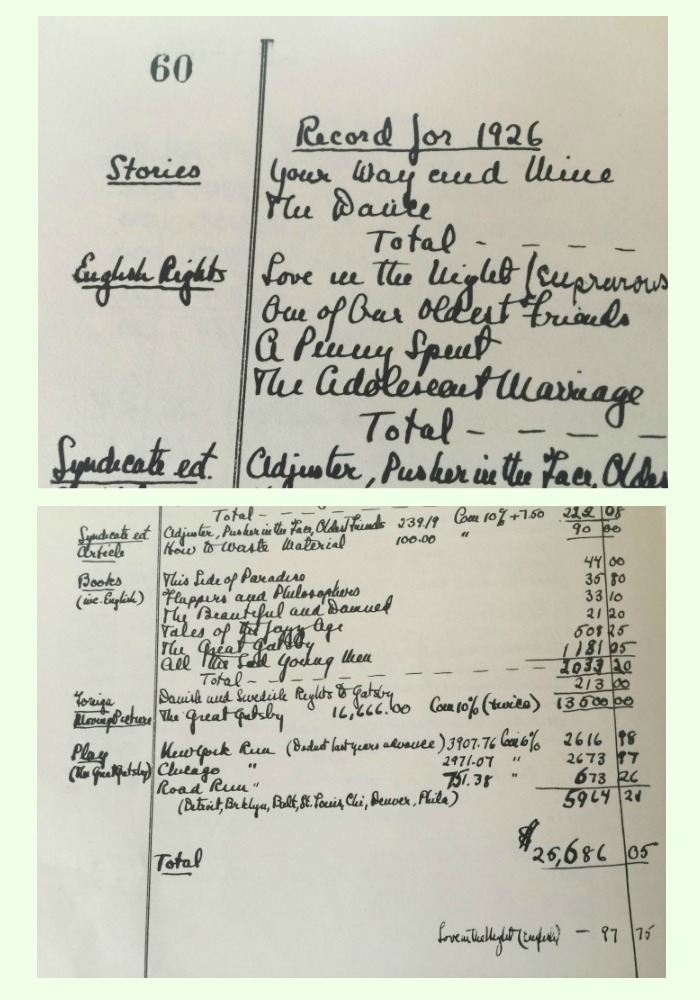 The museum also includes rooms filled with Zelda’s artwork, family photos, and even letters from Ernest Hemingway to Scott Fitzgerald. Historic homes always interest me, and this home was no exception. The porch ceiling is painted the perfect “haint” blue. The shade trees left me wondering what they may have witnessed.

It feels right to remember Scott and Zelda during February, the month of love when everything blooms pink and red.

It’s important to remember that hearts are fragile. Sometimes hearts shatter into pieces. And some great loves, like Scott and Zelda’s, live on forever in literary history.

Nobody has ever measured, not even poets, how much the heart can hold. (Zelda Fitzgerald)

I love her and that’s the beginning and end of everything. (Scott Fitzgerald)

For fans of southern literature, fans of the Jazz Age, fans of Scott and Zelda Fitzgerald, this place is without a doubt a MUST SEE. 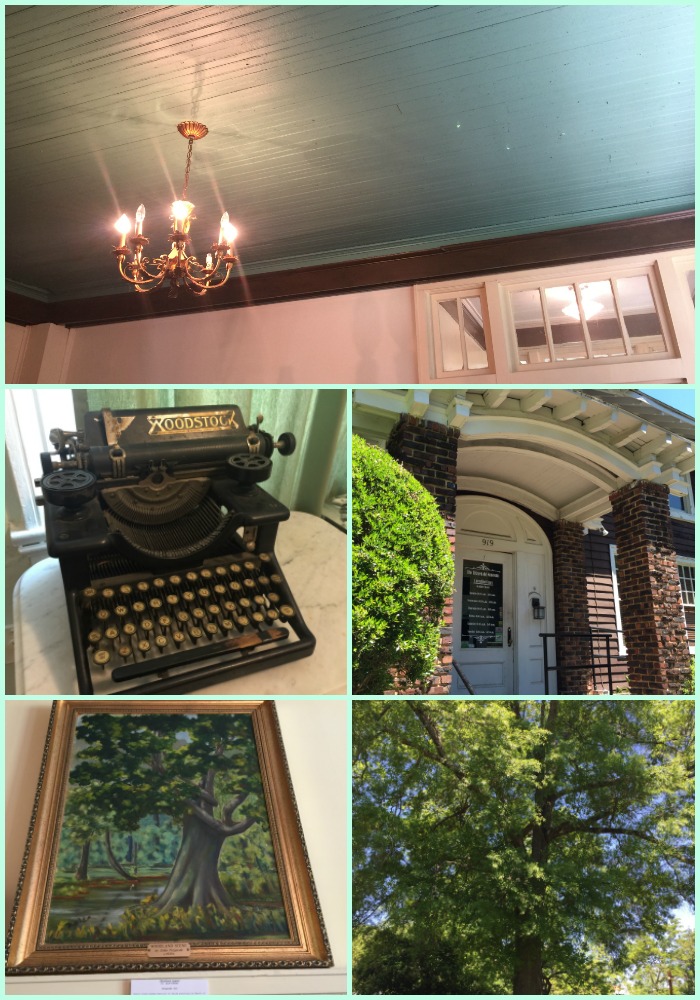 P.P.S. Check out my Deep South Road Trip post for more on the historical sights in and around Montgomery.

[tweetthis]Fans of southern literature & the Jazz Age, the #Fitzgerald Home in #Montgomery is a must see @TweetHomeAla #travel[/tweetthis]