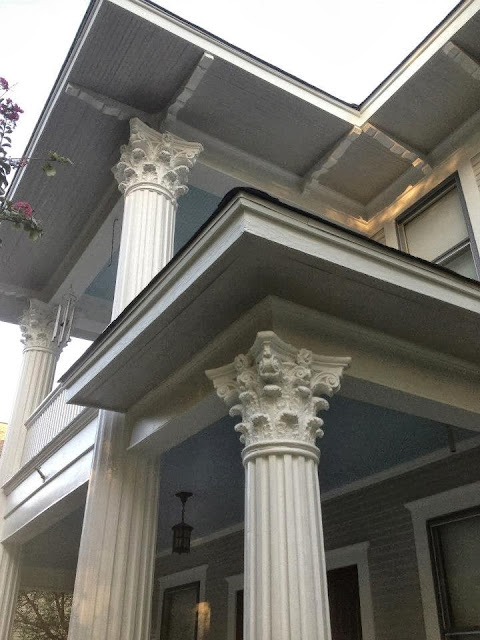 The first time I woke to the unmistakable smell of chocolate streaming from the air-conditioner vent over head, I glanced at the time on the bedside table, threw back the duvet and slogged downstairs half asleep. 1:35 a.m.?Although our chocoholic daughter was only a sixth grader at the time, she was independent and resourceful and knew her way around the kitchen better than most adults. But 1:35 a.m. was too late (or early) for anyone to bake brownies.
The orange glow of the coffeepot clock provided the only light in the otherwise dark kitchen. Our new oven was cold. No fresh brownies waited on the countertop for late night snacking.
We had only begun to learn about our new home, to feel comfortable with her creaky heart-of-pine floors and other quirks that come with old age. Our home purchase was basically an accident. We stumbled into the open house on a whim—no thanks, just browsing. One week later we were in escrow. Sometimes what you need jumps out and knocks you down.
What had we gotten ourselves into? Had we inherited a brownie-baking ghost?
The second time I woke to that familiar aroma, I smiled, rolled over and fell back asleep, considering the delicious smell all part of our new (old) house’s appeal. I decided to dig into the lives of the people who came before us, the folks would built and preserved the house for us.
Looking back is often the best way to see ahead.
Influenced by Frank Lloyd Wright, our prairie-style, four square home was designed and built in 1910 by Lang & Witchell, a significant architectural firm that designed prominent Dallas buildings in the early to mid-1900s including Exposition Hall at Fair Park and the Adolphus Hotel. Located in historic Munger Place, our home is part of the nation’s largest collection of prairie-style homes. The history drew us to the area. The charm keeps us here.
I imagine the amazing things our house has witnessed through the years as the city grew up around it.
If these walls could talk we might hear stories of social gatherings like the event reported January 9, 1915 in the Dallas Morning News …
The Bay View Century Club … has taken up the study of art, using as a textbook Van Dyke’s The Art of the World. The first two chapters dealing with early Egyptian art will be discussed at next week’s meeting in open social session with Mrs. J. J. Hart, 5119 Worth Street.
In 1917, we might hear romantic honeymoon stories…
Mr. and Mrs. Walter Graner have just returned from their wedding tour and are at home at 5119 Worth Street. Mr. Graner, a ten year resident of Dallas, married Miss Marie Weaks on June 13 at the bride’s home in Lebanon, Tennessee. (Dallas Morning News, June 23, 1917)
And tales of looming war…
With the arrival of most of the troops that are due to undergo training here, Camp Bowie is now settling down to hard work and hard drilling. From early morning until the late afternoon the hillsides and valleys of the huge campus are dotted with groups of soldiers in khaki who are drilling as if their lives depended on it…about five hundred additional guardsmen reached Camp Bowie today including First Lieutenant Walter Graner, et. al. (Dallas Morning News, September 11, 1917)
Illness and death settled between the walls of 5119 Worth during the stifling summer of 1922…
Reade Macon Washington, a resident of Dallas for 35 years, died Wednesday morning at his home, 5119 Worth Street following an illness of about a year. Mr. Washington was born January 1, 1848 in Pittsburgh, Pa, and was the son of Major Edward C. Washington, an officer in the Union Army who was killed at Vicksburg while commanding that regiment as its senior officer. In Mr. Reade Macon Washington of Dallas was preserved the name and the blood of the father of this country. He was the great-grandson of George Washington’s uncle. His grandfather and namesake (also Reade Macon Washington) was George Washington’s first cousin. (Dallas Morning News, July 13, 1922 & February 9, 1894)
And again fourteen years later…
Mrs. Leila James Wilson Washington, 82, resident of Texas since 1853, died Saturday at her home, 5119 Worth Street. Mrs. Washington was born in Virginia, August 11, 1853, and was brought to Texas by her parents, Samuel and Cornelia Wilson, when she was an infant. The move was made by carriage and wagon, furniture and slaves being brought along. Many pieces of the furniture still are in the home of the family. In 1875, Mrs. Washington was married to Stanley W. McFadden of South Carolina. He died in 1890 and in 1897 she married Reade M. Washington of Chambersburg, Pa, who is also dead now. (Dallas Morning News, February 9, 1936)
Post World War II, Munger Place was in disrepair, the collection of historic homes nearly lost. Like many East Dallas homes, 5119 Worth was converted to multi-family for returning soldiers. Five apartments were built onto the back of the house to accommodate renters. (This explains why each time we dig a hole to plant a shrub or flower, we uncover an antique brick…)
Later, 5119 Worth was used as a home for recovering alcoholics.
In the 1970s, a new owner demolished the apartments and returned the home to single-family status.  During 1980 renovations, a Marilyn Monroe Life Magazine from the 1950s was discovered hidden in the wall.
We’ve lived at 5119 Worth eleven years now along with our late night baker—perhaps Mrs. Washington? We’ve made additional improvements to the house we love, the house that’s become part of us.
One hundred years from now will our family be known for anything in particular? Maybe, maybe not. The thing I do know—we will leave our special place better than we found it. We are merely caretakers. 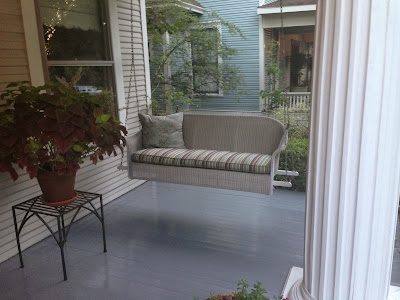 
p.s. Our home will be open today as the Historical Exhibit for Munger Place Days. Come by! 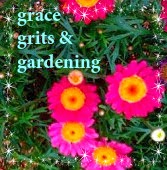 On this President’s Day, it’s only fitting that I mention George Washington, the Father of our Country. We visited his amazing home, Mt. Vernon, a few years ago. Mt. Vernon is one of the most fascinating places I’ve ever toured. Walking in his footsteps, the ground is hallowed along the banks of the Potomac, the home is decorated with family furniture and heirlooms, the property is  surrounded by historic gardens and orchards. His first love was farming. I bet he too would have blogged had Al Gore invented the internet by that time.
It was even more special to us because, John and I are connected to George Washington – just like Six Degrees of Kevin Bacon. George’s last known relative lived in our house.
1) George Washington’s first cousin was Reade Macon Washington;
2) Reade Macon Washington’s son was Captain Edward C. Washington; (as a side note for you history buffs, Captain Ed fought at Gettysburg & was killed in Vicksburg in 1863)
3) Captain Edward C. Washington’s son was Reade Macon Washington (named after his grandfather with the same name);
4) Reade Macon lived in our house in the early 1920s.
5) We own the house now.
See?
Reade Macon Washington was born Jan 1, 1848, in Pittsburgh, Pennsylvania. He died in our house in Dallas on July 12, 1922. It was his house then. He was taking care of it for us. At the time of his death, the Dallas Morning News reported he was the last known member of George Washington’s bloodline. I discovered this while researching and preparing for home tour a few years ago. Now we had a name to go along with the bumps in the night – Mr. Washington still lives here… if you know what I mean. 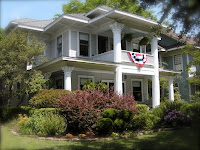 We bought this home in 2002, when Tate was 8 and Kelsey was 12. We hadn’t been here long, when I was awakened in the middle of the night from a deep sleep by the smell of brownies cooking downstairs in the kitchen. It was as if the vent in our bedroom was pumping in the chocolate smell. It was wonderful, but at 1:30 a.m.?! I was a bit annoyed that Kelsey would be baking brownies at such an hour! She did love brownies, and she had perfected the recipe… But some of us had to work tomorrow! I threw back the covers, jumped out of bed and trudged downstairs. SeRioUsLy, the hair on the back of my neck stood up when I found the kitchen to be completely dark, the oven cold, the counters clean, and no midnight snack for me. But the smell of chocolate filled the kitchen. I cannot tell a lie. Kelsey was tucked away, sound asleep and falsely accused. This has happened several times since, but I have learned to just enjoy the smell and drift back off to sleep. Reade Macon must have loved brownies. Or maybe his wife was cooking for him? – she died here too, years later.
This is just one example of the goings on in our happily haunted house.
Similar to Mt. Vernon, our neighborhood is hallowed ground too. Munger Place was developed in the early 1900s to be the “city man’s home”- only minutes from downtown by carriage. It was home to some of Dallas’ biggest movers and shakers before the community fell into complete despair. By the 1960s most homes were condemned by the city and falling apart. Fortunately, an ambitious group of dedicated families saved the neighborhood from demolition, pushing for historic designation in the 1970s. Many camped out in their homes with no heat or air or even windows for years, with rats inside and drug dealers and prostitutes next door. But amazingly and thankfully, they saved it.
We newbies are simply the lucky caretakers of a tiny piece of history. Our home has had many owners through the years – they come and go. Some just come and never want to leave I guess. It features a fabulous wrap-around porch and the ghost of George Washington’s first cousin’s great-grandson… We should plant a cherry tree.
talya
Musical Pairings:
Sir Walter Scott, “Hail to the Chief”
K T Tunstall, “Black Horse and the Cherry Tree”
www.mungerplace.com