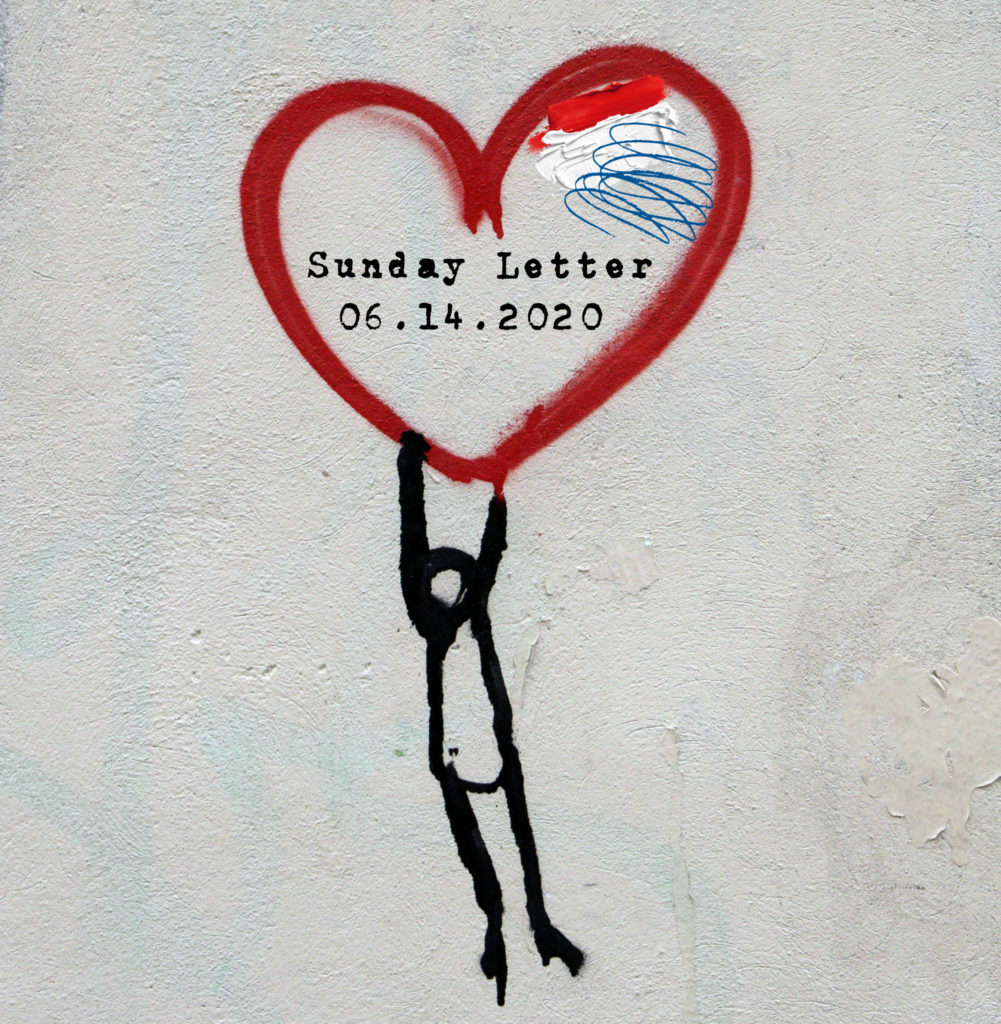 It has been another blur of a week. I’ve been working on my next writing project and doing a little gardening. Unfortunately, the Japanese beetles are out in full force eating away on our knockout roses. Every morning and every evening just before sunset, I pick off as many as I can, drowning them in a bucket of soapy water.

I seriously think we will take out our roses this winter and plant a less disease prone variety, or something native. Our roses look absolutely gorgeous for about three weeks in early spring, and then become the bane of my existence.

I exaggerate a tad, but not really.

Today is Flag Day. Oddly enough, our wooden flag crashed from the porch wall this week. The superstitious might take this as a bad sign since our whole country seems to have been turned upside down like a dime store snowglobe. I don’t think I’m superstitious, and I’m certainly not a conspiracy theorist, but when I saw our flag had been tossed sideways several feet across the porch landing across our front door, my insides sank a bit. John reminded me, she’s a heavy flag and we never secured her very well in the first place. And the wind has been very gusty.

Still this struck me as a symbol of all that’s going on in our country right now. Good thing a smack upside the head isn’t going to break her.

Why do people set up fake accounts on social media? I’m specifically talking about Twitter, but it happens on other platforms such as Facebook. I understand there are bots that want to create havoc politically by stirring both the democratic and republican pots. But what about people who set up bogus accounts and pretend to be someone famous? What is to be gained? 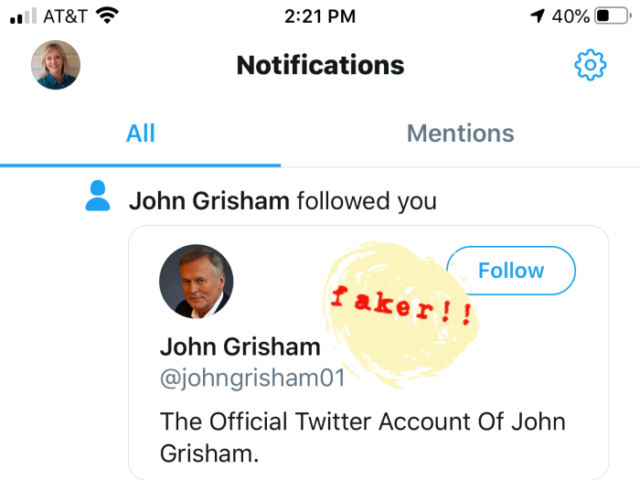 Immediately, I noticed the account had 8 followers and followed 115 people. Seriously? I didn’t just fall off the turnip truck. If John Grisham just opened a Twitter account three hours ago, a) I wouldn’t be one of the 115 people he decided to follow, and, b) he would have more than 8 followers in 8 seconds.

I reported the account and blocked him. But I don’t get what the point of these type fake accounts is. Does anyone know? I thought you might like an update on Piper. She’s putting on new growth and seems happy with her sunny Arkansas home. I decided to temporarily plant her in a pot beside the back door. This way, I can keep an eye on her and transplant her when she gets larger and begins to bloom.

Shhhh! Don’t tell Piper, but Pipevine blossoms don’t smell all that great. I’ll relocate her away from the house when she’s bigger. It’ll be okay because by then she’ll have caterpillar friends.

I can’t hear a thing with this mask on.

Have a productive week, Sunday Letter friends. And keep your chins up. (Haha, my boss always said this and now I seem to be growing a double chin.)

P.S. If you are interested in getting a wooden flag, mine was handmade by Northeast Arkansas artisan, Khris Goble. Check out this article about him HERE.