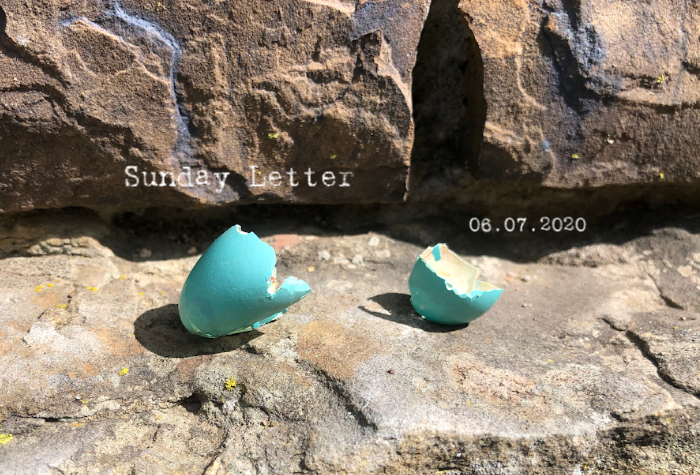 This has been a sad couple of weeks. I try not to get political on social media, but for me, what’s going on in our country has moved beyond the political to the human. Between the pandemic and the tragedy of George Floyd’s death, I’ve been at a loss over what to say. Saying nothing seems wrong. Continuing on with my typical posts about what’s growing in my garden and cooking on my stove rings hollow and insignificant.

I hate how divided our country has become. I’ve begun to question whether or not we will come through this without losing bits of ourselves and many of our friends. While I don’t expect everyone to believe the same things, I have always believed that deep down we are more alike than different.

Lately, I’ve begun to question that as well.

As a nation, we are in an angry, heart-broken place.

Racism has been around since the founding of our country, systemic and ingrained, a terrible side of our culture. Racism wasn’t caused by President Trump, and it won’t be cured by Joe Biden. But certainly, can’t we all agree that words matter? That actions matter? A leader can either work to soothe a hurting people or douse a fire with gasoline. Right now our house is on fire.

I have faith in God. I believe in science. I try to be kind and empathetic while weeding through the avalanche of news and social media that often smells biased and feels manipulative. I don’t know about you, but right now, the least little thing exhausts me.

Back to the Farm

My sister and I recently spent three days on the farm. One thing about being in rural Mississippi County, we could almost forget all the madness in the world. With no television and sketchy WIFI, it was like old times. We entertained ourselves the way we always did—doing a whole lot of nothing. I’ve said it before—my sister and I trained for being self-quarantined our whole childhoods.

We checked off all the things on the to-do list Momma gave us including fetching the two kittens she adopted from a friend in Paragould.

We limited our contact with people and wore masks in the Osceola Walmart.

There are always treasures to be found on the farm, both in the house (where everything we’ve ever bought or created still lives) and walking through the fields (where shells and rocks and arrowheads wait to be discovered). This time, we found remnants of a weather balloon in the field. Because a plow had found it first, putting the pieces together felt much like a treasure hunt.

First, we found the orange parachute. Then, we followed a trail of styrofoam and plastic eventually leading to the computer component that had recorded weather information 100,000 feet above the Bat Cave. Last, we found the return envelope. When we were kids, how often did we look for mysteries to solve in our backyard?

Maybe it was because we were home with not much to do, but finding a weather balloon was like unearthing a pirate’s treasure map or plucking a rare message in a bottle from the sea. And we found our National Oceanic and Atmospheric Administration weather balloon on the same day NASA launched SpaceX Crew Dragon. It was as though we were connected to a bigger story, astronomically speaking.

So, yes, we mailed the computer component back to the National Weather Service letting the powers that be know their weather balloon plunged back to earth on Tate Farms behind the Bat Cave where so many interesting, odd, and sometimes magical things happen.

I finally returned to the hair salon after 90 days! It was a much-missed treat. Even though I look a little maniacal in the after photo (and have crazed eyes in the before photo), I feel human again. We Bought a Tree!

We are in the midst of an exciting and long-needed landscaping project at our little cottage where my mother lives. Last week, we took out two trees considered invasive in Fayetteville—a large Bradford pear and a Chinese privet. And a few days ago, we bought a paperbark maple to plant in the backyard. A tree-buying day doesn’t happen very often; therefore, it’s a special thing. Buying and planting a tree represents life and hope for the future. This is something I’ve been needing.

If you need a break from me, I understand.