This has been a busy week, and I’ve felt a bit like a vagabond. On Tuesday, I drove to Little Rock for a book club talk. (You’ll be hearing all about it soon!) This morning I send greetings from Plano, Texas where I’m helping Momma sort through her storage unit and pack up her apartment. My trip coincided with the going away party her Plano friends threw for her. Good timing on my part.

So this trip isn’t all work and no play. 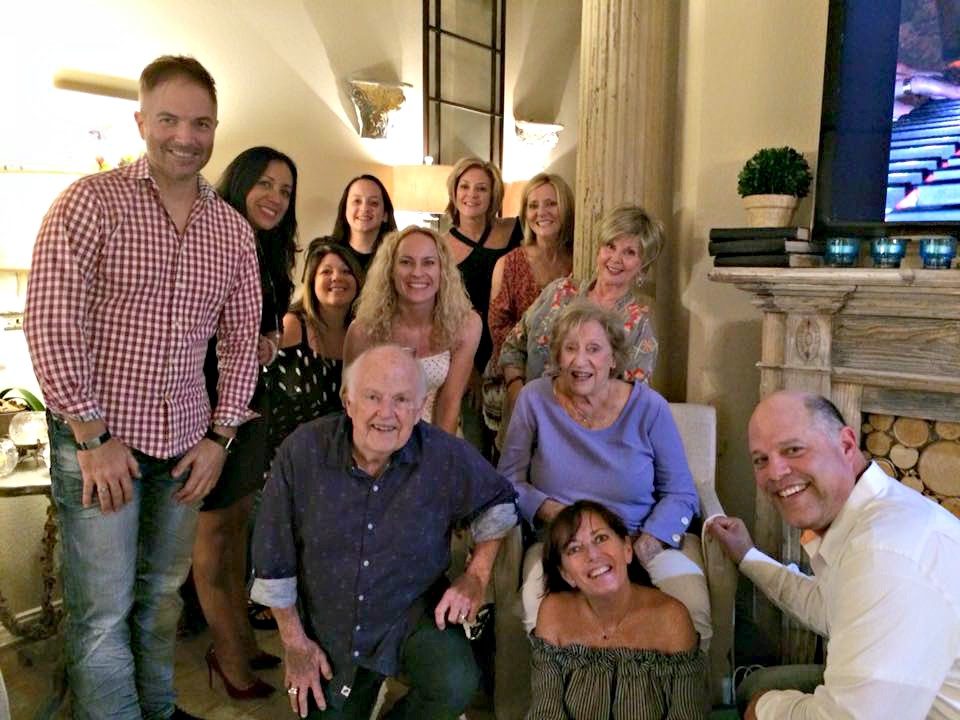 Today we’re headed to Austin to see my daughter, Kelsey.

As you might have guessed, this will be a super duper short Sunday Letter.

A few days ago when I was out walking Lucy and Annabelle, we turned the corner and BOOM! There it was. Fall. Laid out like a magic carpet. Technically, we were still trapped inside the tail-end of a hot and humid Indian summer morning. But tucked away inside St. Joseph’s Park, we saw our first real glimpse of fall.

It was as though we’d walked into snow globe. One with orange leaves instead of snow. 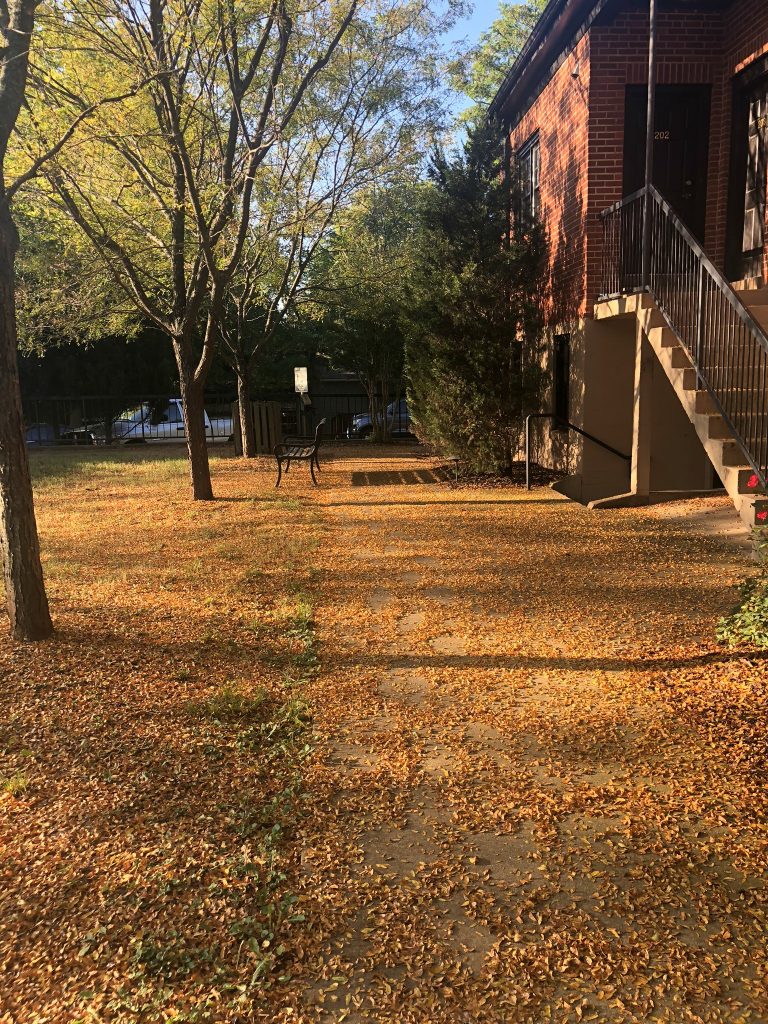 Fall never ceases to take my breath away.

While in Plano, I’ve been staying at my sister’s home. For the first time ever, my niece, Taylor, isn’t here. While I’m sleeping in her bedroom, she’s away at college in Fayetteville. That’s a weird thing. It’s like we switched places.

And what’s even stranger… It wasn’t until I turned off the light the first night and closed my eyes that it dawned on me I was sleeping in the bed that was originally Kelsey’s. (Not the mattress but the bed frame.) It was Kelsey’s bed through her middle and high school years. Then it was her bed to return home to during her college years. When we left Dallas and moved back to Arkansas, we passed the bed on to Taylor. Momma packing her apartment. A college-age niece and a grown daughter in Austin. I can’t help but feel the change swirling around me.

For the past twelve years, Momma has split her time between the farm in northeast Arkansas and an apartment in Texas. In twelve years, a person can gather a bunch of things. Her apartment at the Shops of Legacy comes with its own large storage unit just down the hallway from her unit. That’s good and bad. She can store holiday items, luggage, things she doesn’t have room or immediate need for in her apartment closet. The bad thing is it’s really easy to store things and never give them another thought.

Somehow, even this Fisher Price barn Staci and I played with in 1966 made its way to Plano. I suspect we all have too much stuff.

Did I mention there’s no air-conditioning in the storage unit? No electrical outlet for a fan either.

Everyone, do your people a favor and clean out a closet pronto.?

I normally have four Sunday Letter topics, but today I find myself drained of words. So that’s it. There’s nothing more.

Me: Do you want this Pyrex dish?
Momma: No, I haven’t made a Pyrex in years.

Have a great week, friends. I’ll shoot for a longer letter next time!