I hadn’t eaten homemade salmon croquettes in a hundred years, not since I left home for college. When we were kids, Momma made salmon croquettes for my sister and me nearly every week—it was one of our favorites. (But we called them salmon patties.) Last weekend I made them using the recipe in Momma’s copy of the Keiser’s Kitchen vintage cookbook. And I’m dedicating this recipe to Project STIR, storytelling through international recipes. I’ve written about Keiser’s Kitchen before, but for those of you new to my blog, I’ll give you the short version… When I was 2nd grade Halloween Queen, the Keiser Elementary School PTA mothers sold these cookbooks as a Halloween Carnival fundraiser. In 1969 (not a typo), there were no copy machines, no computers, no email accounts, no fancy fonts. Producing this treasure was no doubt hard work, and I imagine this is how it all went down: A PTA meeting was held in the “old gym” at Keiser Junior High. Whoever threw out the idea of a cookbook was likely put in charge of the project because that’s how people have been getting tangled up in such things since the beginning of time. Ladies all over town submitted favorite recipes. Someone typed each recipe using a manual typewriter and carbon paper and “ran them off” on the mimeograph machine in the Principal’s office. Then there was hand-sorting and hand-stapling and hand-lettering each cookbook. You can read more about this amazing concept and see me wearing my glittery crown HERE.

Really, when you think about how easy we have it today, we should be accomplishing So Much More.

Last October I decided to try out these Keiser’s Kitchen recipes, as-is. No modifying the ingredients for the twenty-first century. No gluten free versions. So far I’ve made Milky Way Cake, Company Chicken, Peking Roast, and Yum Yum Cake. All have been wonderful. And each recipe has been an eye-opener on how much things have changed, from the foods we eat to the way items are sold in grocery stores. Old recipes are family heirlooms, part of the gravity that holds us together. Passing family recipes down is part of our heritage, and each recipe is so much more than the recipe itself—it’s about the person who cooked it, the aromas in her kitchen, the conversations around her table, her handwriting on the smudged recipe card. All of it. 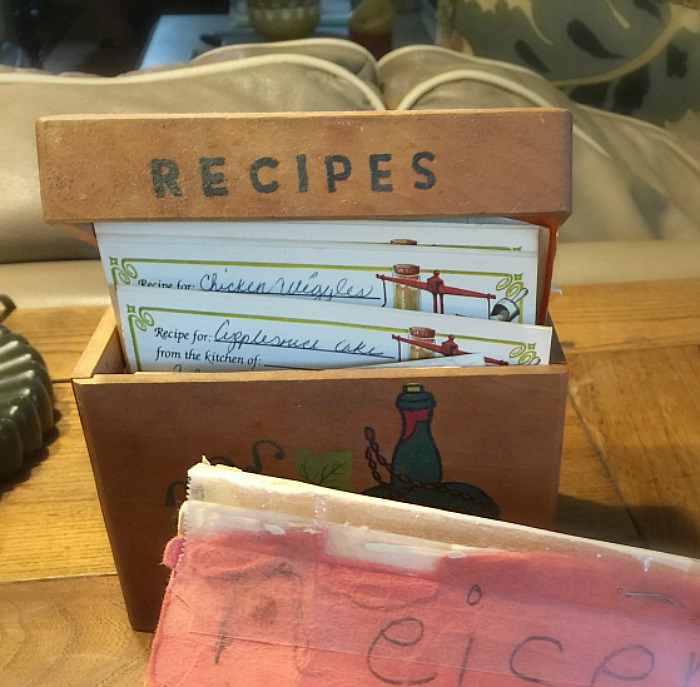 I believe so strongly in the idea that food connects us, I’ve joined my friend, Sarah Shotts, as an ambassador and supporter of her creation, Project STIR. Sarah recently launched Project STIR as a way to capture the universal language of love in the family kitchen. Sarah’s documentary films will capture recipes being handed down from generation to generation. What a heartwarming and hopeful thing. To learn more about Project STIR click HERE.

The recipe for Salmon Croquettes was submitted to the Keiser’s Kitchen cookbook by Melzie Williams. Melzie was housekeeper and babysitter for my friend, Craig’s, family. One summer our families vacationed together in Hot Springs, and she came along to “watch” us so the adults could go out. There’s a whole crazy story about this (and I often thought the adults were the ones who needed watching), but I won’t get into it here because this is about salmon croquettes and Project STIR. I made Melzie’s recipe without changing anything even though Momma doesn’t include flour in her version. I could tell the difference, but still the Keiser’s Kitchen version was tasty. Sort of like a salmon hush puppy.

And I made them when John wasn’t home because he prefers to get his omega-3 fatty acids from beans and olive oil and not from fish in a can.

Lucy, on the other hand, was wild with excitement. 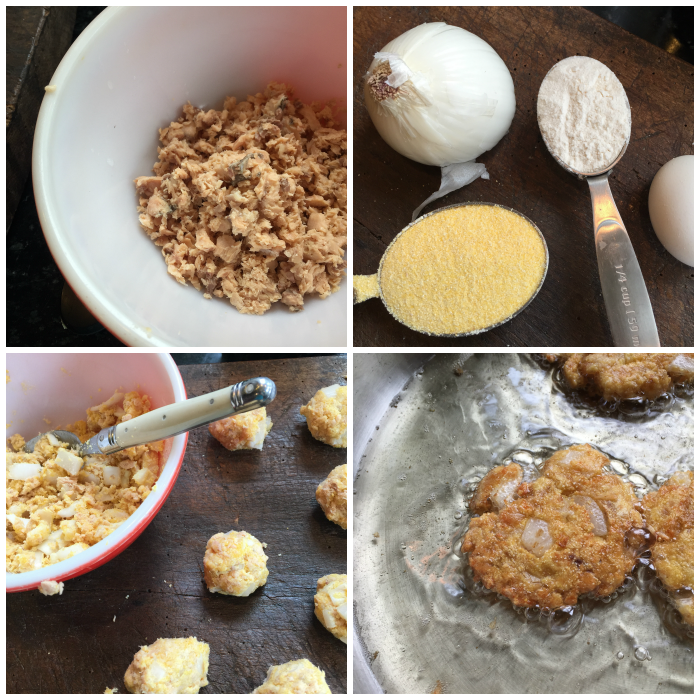 I added salt and pepper to serve, along with a yogurt/dill dipping sauce.

I don’t fry often, but when I do I make it count with a vintage southern recipe like this one.