Friday morning before sunrise, I found my husband sitting in the dark on the couch, half-naked, in a trance. With the newspaper still unopened, he was totally mesmerized by the television without yet having read the comics, typically his first priority of the day.
What had captured his soul so early? 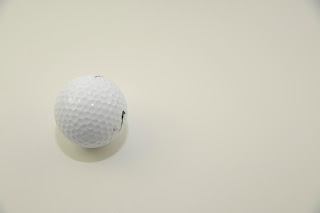 Me: Oh, you’re watching golf.
John: It’s the Ryder Cup. He spoke without moving his eyes from the television, without blinking. I went back upstairs.
Thirty minutes later…
John: I think you should expand your blog and write about sports. Write about the Ryder Cup.
Me: But I don’t know anything about the Ryder Cup.
John: You could research it today, and then write something for this weekend.
…and then he went off into an animated golf hallucination, a long commentary of information specific to the Ryder Cup as I tried to write about Miss Suzy. I listened with one ear, occasionally shaking my head in agreement yeah, uh-huh, maybe, sure…
I believe this topic came up in part due to our conversation the prior night over Tex-Mex at Matt’s. 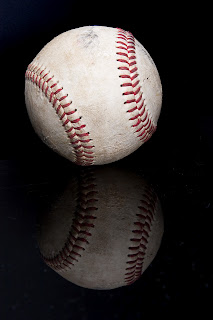 John: Three is the lucky number for the Rangers. (He seemed excited…)
Me: Are they 3 games back?
John: NO! (He seemed disgusted…. )
I sipped my margarita slowly to avoid a brain freeze yet prepared for the forthcoming brain-freezing explanation.
John: The Rangers’ magic number is 3 to clinch the third straight division crown. We’re heading into a weekend series against the Angels. Only one win and we lock up a playoff berth (or something to that effect). Were his eyes dilated??
Me: Oh. That’s good, right?. But I’ve kinda moved on to football. I thought the World Series was like in August or early September. Is it late this year?
John: (gulping beer…) No, same time. Every year.
Me: Hmmm. Ok.
And then he fell head first into a lesson on the American League and National League. I was SO afraid he would quiz me on which league the Rangers are in, but he didn’t. American League? 50-50 chance right?
I’m sorry, I know baseball is America’s sport, but since Craig Barnett hit me in the head with a fast ball in junior high, cracking teeth and goose-egging my jaw, it’s not my favorite. But I’m glad the Rangers are doing so well, and I really like Ron Washington. I just don’t think the sports should overlap.

‘Tis the season for football.
Later in the day, I took his advice and turned my attention to the Ryder Cup. According to the Ryder Cup for Dummies site “it’s the best damn event in sports.” All of sports? Strong statement…
The crowd is allowed to cheer and heckle the players, which I admit sounds more entertaining than the typical, quiet-as-a-funeral golf. The players wear matching uniforms, very cool. And the format is team oriented – I bet Tiger hates that.

Part 2 of my research involved watching the Ryder Cup. Assuming the proper lying-on-the-couch golf-watching-position, I was just in time to see Bubba Watson tee off. With the crowd cheering and laughing, golf seemed almost sporty, more like the NBA players who are forced to shoot free throws through fan ruckus. Still, the comfy leather couch and monotone sports announcers blended with a rare afternoon rain shower, lulling me to sleep. I slept soundly for over two hours.

Heavenly, this Ryder Cup.
talya
P.S. After the weekend, the Rangers’ magic number is now two…and, Europe stunned the U.S. in a wild Ryder Cup comeback.

After one week in Fayetteville, I think I could be a pretty successful hippie. Like one certain summer during college, I’ve been sleeping on an air mattress with zero furniture other than 4 Target lawn chairs and my yoga mat. Does a yoga mat count as furniture? I think yes. In 900 square feet we have no television, no computer, and no newspaper, but our fridge is stocked with Pabst Blue Ribbon and salsa. And we have chips, coffee and green tea. Even Ted Kacsynski had a typewriter and a platform bed.
After one week of painting and weeding and sanding and trimming and digging and scrubbing, nearly every single thing we brought has been worn at least three times and could likely stand upright unassisted in the corner of the bedroom. Ground-in-filthy….
Eager to do laundry, I ran to the nearby IGA grocery store to grab a box of Tide wearing grubby camo shorts, no makeup, a Texas Rangers t-shirt and my crocs. I was confident the shorts would truly conceal me like an invisibility cloak; however, catching a glimpse of myself in produce, the smear of paint on the side of my face and nearly up my nose was a bit startling. Nice. I was starting to favor the Unabomber, but no one even gave me a second look. I love Fayetteville.
Every muscle in my body screamed for relief. After soaking my achy body in a scalding hot bath in our deep old porcelain tub and scrubbing the paint from my face (and inside my nose), I was resuscitated enough to wash clothes. Cramming a dusty load into the small stackable washer, I quickly discovered it didn’t work. Naturally. No sound whatsoever. Dead. Or maybe it wasn’t hooked up?  I tested out the dryer. The assaulting noise that broke the Ozark silence was like that of a jet taking off at DFW International Airport. Or a freight train. It shimmied and shook, and if I hadn’t immediately turned it off it would have rocked out the back screen door and tumbled onto the fieldstone patio which is where I plan to drag it very soon on the way to the dump. Like Scarlett O’Hara, I went to bed on my sheets peppered with dirty Schnauzer paw prints and left the dirty laundry for hopeful morning light. I couldn’t believe none of my new neighbor hippies came to check on the terrible noise.
Although I miss my nice big Duet washer and dryer sitting in Dallas, I do not miss the sirens and traffic noise that drift in and out of Dallas sleep. With only the screen doors between my blowup bed and nature, I slept soundly and awoke to cool air and rain on the tin roof outside the doors. So Incredibly Peaceful.
Down to one clean pair of gray sweat pants, a clean sports bra, and a semi-clean freebie Baylor t-shirt, which seems totally out of place in Hogland, I loaded my dirty clothes in two pillowcases and headed out to find a Laundromat. Just like college. I quickly decided my sister-in-law’s nice washer/dryer one block over would be a much better scene…
As I washed clothes, my very entertaining brother-in-law Mark, (picture Thomas Hayden Church from Sideways but with a ponytail) was busy feeding the cardinals, chain smoking and checking on the squirrel he just trapped – which he named Steve. He traps squirrels daily in his huge yard and relocates them by evening. He explained to me the rules of relocation – the behavior of the incarcerated squirrel determines the release point. Some go to the old drive-in, some to the forest, etc. The calmer in the cage, the better the new home. He told me Steve was taking visitors, if I would like to see him… In between his daily morning activities, we discussed inflation, the stock market and privatizing the postal service. Classical music played in the background and the breeze from the open doors and windows was refreshing even with the cigarette smoke. Mark always wears a bandana around his neck. It’s his signature fashion accessory. Even with the forest green robe he wore on my laundry day.
It turned out to be such a nice morning and a much needed break from painting. I had my pick of soft comfy chairs to sit in while typing away on my AirMac for the first time in over a week. And Mark made a fresh pot of coffee for me. It’s the simple things. Ahhhh. Family. What a difference a week makes.
Maybe the Unabomber would have been in better humor had he occasionally washed his sheets?
talya
Musical Pairings:
J. Strauss, “The Blue Danube”
Oliver, “Good Morning Starshine”