It had been over a year since Lucy and Annabelle visited Dallas, but they traveled back for Christmas. Oh, there’s nothing quite like a holiday road trip, and the girls know when they queue into their crates, an adventure awaits. An adventure greater than a schnauzer hair appointment a short trip to the veterinarian. Thankfully, our trip was uneventful, and Annabelle didn’t get carsick (which sometimes she does). They snoozed all the way through Oklahoma, I managed to drive the speed limit, and we didn’t stop until we crossed the Red River into Texas. END_OF_DOCUMENT_TOKEN_TO_BE_REPLACED

Yes, there are a few things I miss about Dallas. Especially at Christmas. Not that I don’t lovelovelove Fayetteville, because I do. But I miss Chester and his people, Harold and Gale, and other Munger Place friends too numerous to mention. 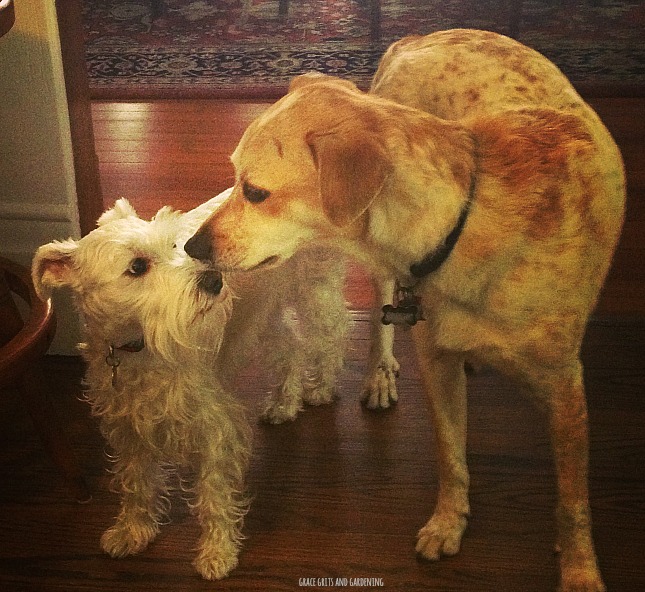 I don’t think Zach is in this picture, but he’s somewhere in this group. Jasper Band (Plano, Tx) is HUGE.

I miss Pei Wei. I do. And Scalini’s. And Tex-Mex in general. Tex-Mex is hard to come by in Fayetteville (or at least I haven’t found it yet).

I miss my rosemary plant. For the first time in at least twelve years, I had to buy rosemary at Thanksgiving. Craziness. I’ll be planting rosemary soon, but I’m not confident it will survive Northwest Arkansas winters. Truly fun neighborhood. There’s even a hoola hoop in the picture.

Dallas, I’ll be visiting soon! But I do lovelovelove Fayetteville. Just so we’re clear.