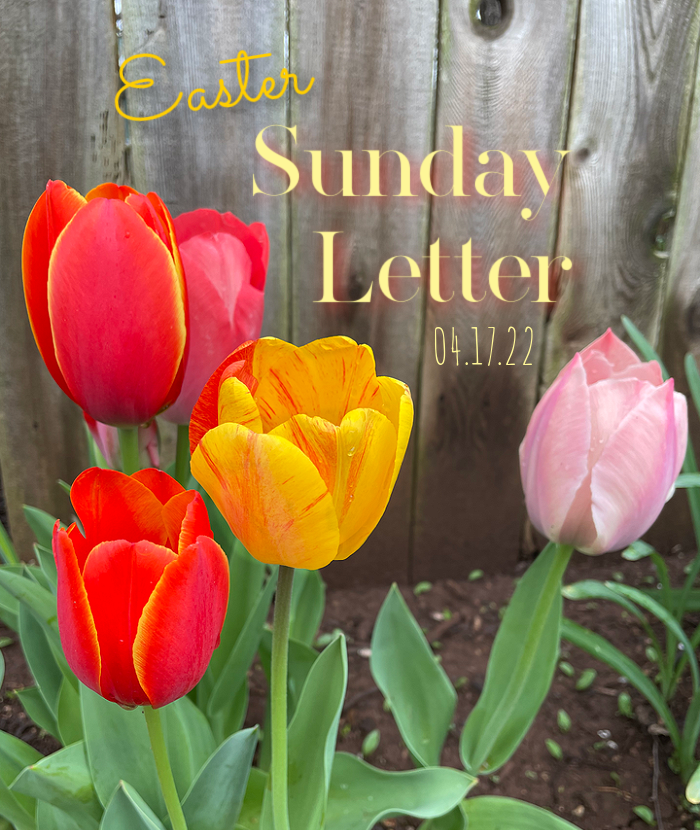 Easter really sneaked up on me this year. I don’t know if I’ve not been paying attention to the calendar or what, but the truth is this too-big-for-its-britches year needs to slow itself down. I’m not kidding. I can barely keep my head above water.

Today is also my sister’s birthday. Yay for sisters and yay for birthdays! Some people don’t recognize how special both are. 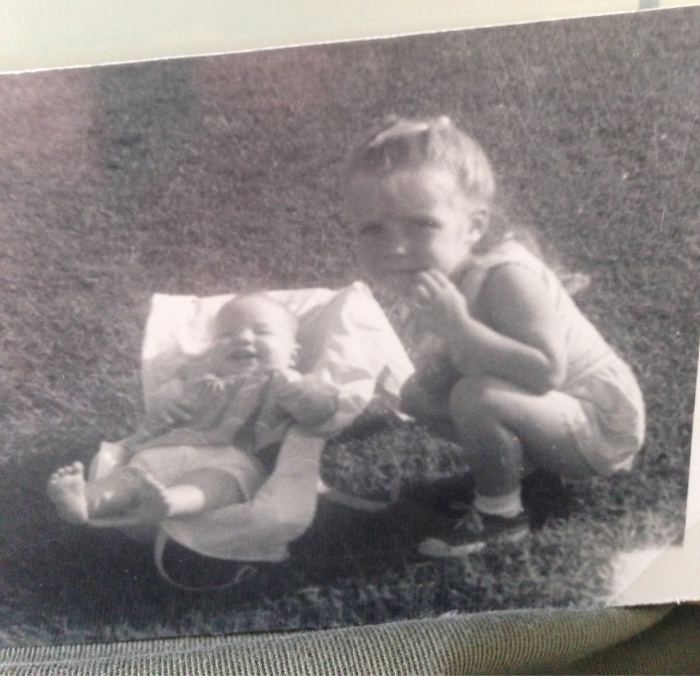 So Much Has Happened In the Garden

In the past two weeks, our garden has really awakened to spring. Our hostas are up and growing an inch a day it seems. Climbing roses and clematis are lush with leaves and buds. Even Liatris, my favorite summer butterfly-magnet, is showing itself.

The bleeding hearts are bleeding. 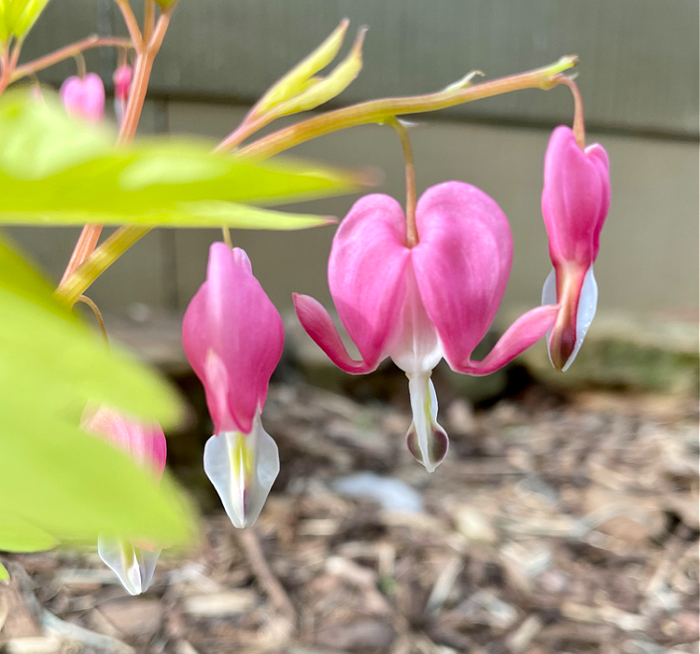 I only discovered the magic of these Bleeding Hearts a few years ago, and now they are one of my early springtime favorites. I especially like the chartreuse foliage of this variety. The heart flowers are like little suspended charms.

According to the Etymology Dictionary:

In the sense of “person liberally and excessively sympathetic” (especially toward those the speaker or writer deems not to deserve it) is attested by 1951, but said by many to have been popularized with reference to liberals (especially Eleanor Roosevelt) in 1930s by newspaper columnist Westbrook Pegler (1894-1969), though quotations are wanting; bleeding in a figurative sense of “generous” is from late 16c., and the notion of one’s heart bleeding as a figure of emotional anguish is from late 14c.; the exact image here may be the “bleeding heart of Jesus.”

Based on the plant appearance and the meaning behind its name, this is the perfect bloomer for Easter.

Our garden is always evolving, in part because the plants are becoming more mature, but also because we move them around when necessary. And, we always find room for new ones that catch our eye.

Last week, I moved Shasta daisies from the front bed to the back. I transplanted a few coral bells to what I hope will be more favorable spots. I divided lots of black-eyed Susans, coneflowers, and Lenten rose. Dividing perennials helps them better perform. Crowded perennials are more susceptible to disease and powdery mildew.

What’s happening in your garden this Easter morning?

When I ran out of plastic nursery containers for my divided plant babies, I made my own. This is an easy thing to do and a great way to reuse last week’s Sunday newspaper. I followed the steps in the YouTube video below, but rather than using a fancy wooden dowel (which I don’t have—and didn’t know existed until watching this video), I used an empty beer can (which I did have). I had to do a little more pressing and manipulation on the bottom of my containers than the lucky girl with the proper wooden pot maker. But my method worked! Yesterday I had the honor of serving as a judge at the Arkansas Pie Festival in Cherokee Village. What a sweet time!!!

I’ve never laid eyes so much glorious pie in one room.

I’ve never consumed so much sugar in one afternoon. Even though Cherokee Village experienced awful storms and a near-tornado the night before (Momma and I spent part of the night hunkered down in the bathroom of our AirBnb house), over 1,000 people turned out for the pie festival. Incredible!

You should definitely put this event on your calendar for next year. With pie-eating contests, pie auctions, a pie shop, live music, pie sampling—there is something for everyone to do.

I heard this is the only official pie festival in the country.

All the winners will be soon be posted on the Arkansas Pie Festival Facebook page.

I don’t think I’d make it on Survivor. Even if I want to, don’t let me sign up.

Thanks for reading today’s Easter Sunday Letter. If it doesn’t make a lick of sense, it’s because of all the sugar still coursing through my veins.