I Finally Saw a Frost Flower.

Do you have a garden bucket list? I have one loosely formed in my mind, and a few days ago I checked off ‘see frost flowers‘ from my list.

Sometimes the best things happen when you aren’t expecting much from the day. (That’s a quote from The Accidental Salvation of Gracie Lee, y’all.) It was early and I was driving the pups for their much needed beauty shop appointments at Bark Avenue Pet Lodge (which is located a few miles outside of Fayetteville). Just when I began wondering if conditions were right to see frost flowers, I spotted a few along the roadside! (That’s what I thought they might be anyway. It’s hard to know for sure from the car.)

Oh, I was excited by the possibility. And, I hoped they would still be there after I dropped the girls at the lodge. In the few minutes it would take me to get back on the road, frost flowers could vanish. Like winter’s first snowflakes or a double rainbow, they are elusive and ephemeral.

But—yay!—my luck held tight that day. I’d not imagined them. Once I saw one, I saw so many! 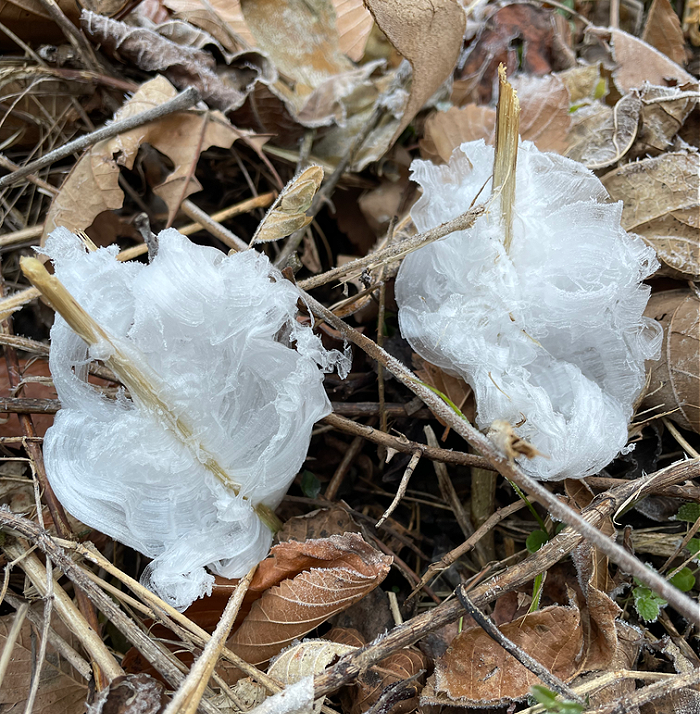 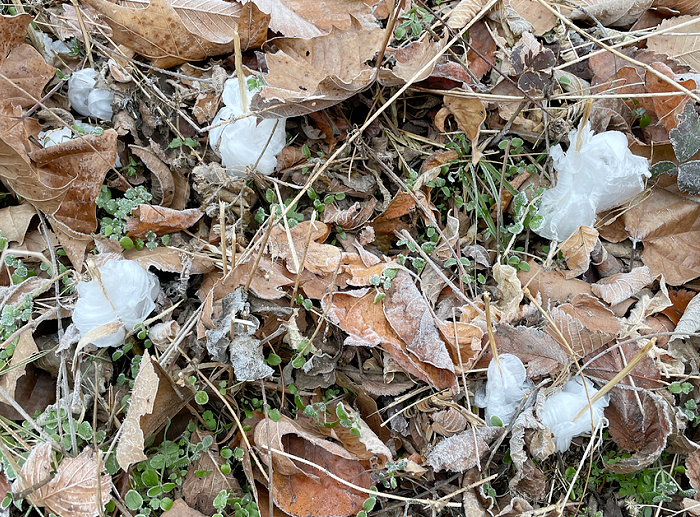 The roadside sparkled with them.

I wondered if I’ve passed by them before, dismissing frost flowers as bits of trash tossed out a car window—from a distance they look like wet tissues tangled in dry plant stalks.

You know what they really look like to me? Clumps of freshly picked cotton blown from the trailer on the way to the gin. During harvest, the roads of northeast Arkansas were lined with cotton when I was a kid (before module-style picking and then round-bale picking).

But unlike soft cotton picked from a boll, frost flowers are made of ice, delicate and fragile, spun by nature into whipped sugar-like creations. No two are alike.

Seriously, if Frosty the Snowman was a gardener, frost flowers would be his plant of choice. 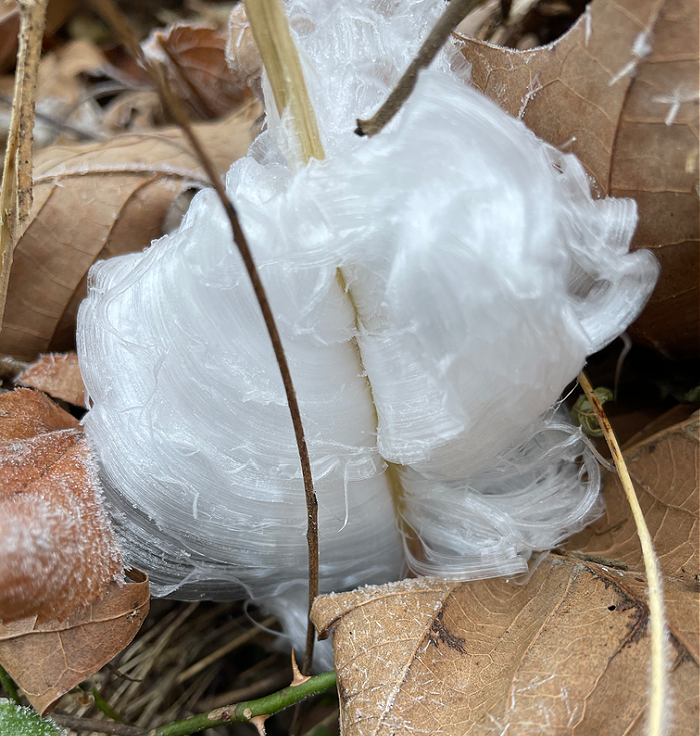 How a Frost Flower Forms

The first few hard freezes leaves hairline splits and fissures in plant stems. On a below-freezing morning when the ground is still warm, the roots send up sap and water through the stems. As more sap moves up and out the cracks, more ribbons of ice form. As the day begins and the earth warms, the ice melts and frost flowers disappear. So you see, timing is everything.

When and Where to Find Frost Flowers

Since frost flowers form only during specific temperature conditions (below-freezing air temperature with warm soil), late fall is the only time to find them. And early morning is a must. Sorry night owls, it’s up and at ’em if you want to see these beauties.

It was just before 7:30 a.m. when I happened upon so many. They were ‘blooming’ on the roadside (not visible in this picture) facing the sun. In no time, old mister sun would melt away nature’s artwork. Look for frost flowers in natural woody areas, in places rarely mowed. What you can’t see in the picture on the opposite side of the highway is complete forest. That’s where I found the frost flowers, on the edge of the woods.

Frost flowers form on certain dried plants including ironweed, wingstem, crownbeard, stinkweed, tickweed, blackberries, and dittany. No one knows for sure why frost flowers form on these plants, but some believe the root systems of these varieties are more active this time of year than others.

What an incredible miracle of nature.

Sometimes the simplest thing, like finding a frost flower, can make my whole day. My whole week even.