Since black apples are in season in Arkansas, I made a Black Apple Crisp. For several days, it sat on the stove under aluminum foil. John and I walked by and took big spoonfuls straight from the pie pan and pretended that since we weren’t sitting down with a whole bowlful, we weren’t really eating it…

You know how that works out.

I talked about this Black Apple Crisp in last week’s Sunday Letter, and several people asked for the recipe. So here it is.

The Rest of the Story

So now that you have the recipe, I need to tell you a few important things about making it. 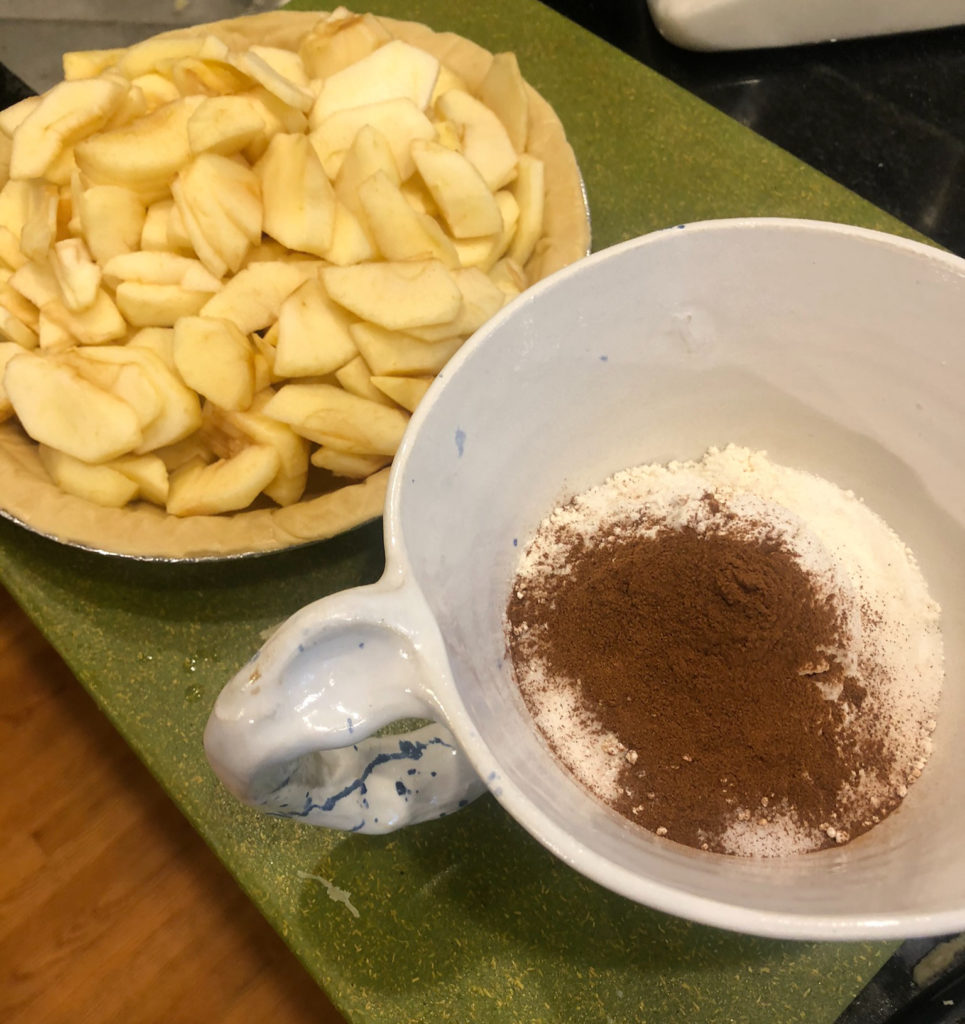 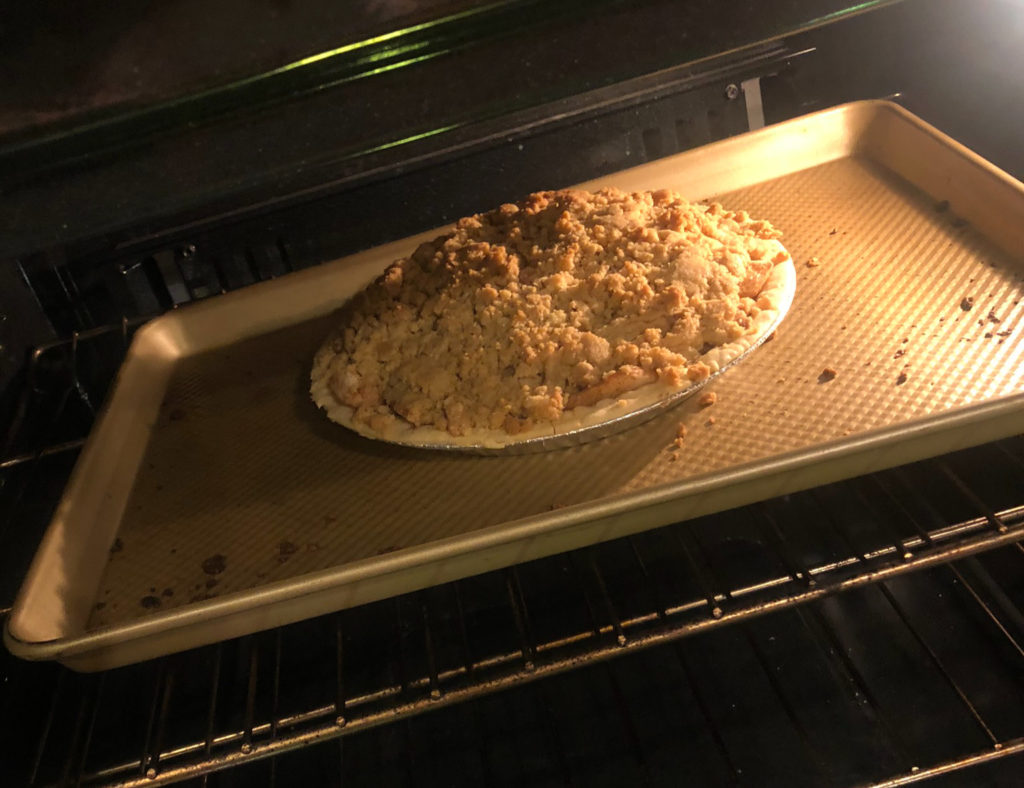 Really, there’s nothing better than hot pie and a scoop of ice cream.

Are you a fan of Arkansas black apples? They will keep several months in cold storage, and with age, the skin turns darker (almost purple-black) and the crisp sweet-tart flavor becomes even better (like a fine red wine). Arkansas black apples are thought to have originated in the 1870s in Benton County from a Winesap seedling.

Did you know, northwest Arkansas had a thriving apple industry in the late 1800s until the 1930s? A moth infestation, a drought, and The Great Depression almost wiped out commercial production. Now, Arkansas Blacks are grown not only in Arkansas, but also in the large apple-growing areas of the Pacific Northwest. 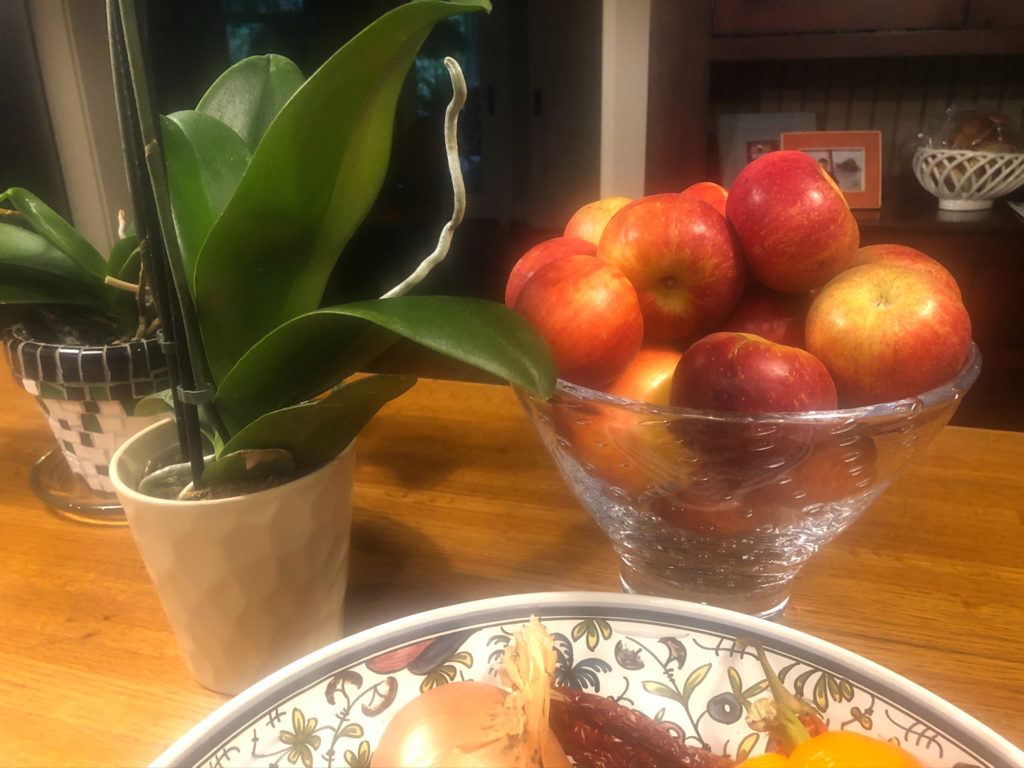 For another black apple recipe, I can’t wait to try Dining with Debbie’s Arkansas Black Apple Pudding Cake. It looks so delicious!

I wish I had a piece with my coffee this morning. 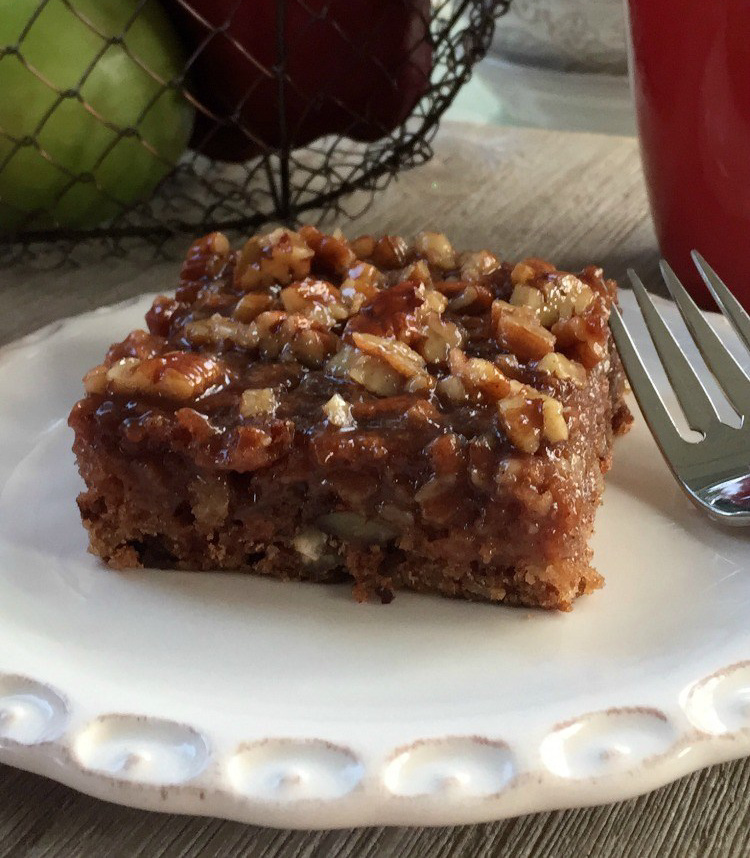 Photo courtesy of Dining with Debbie