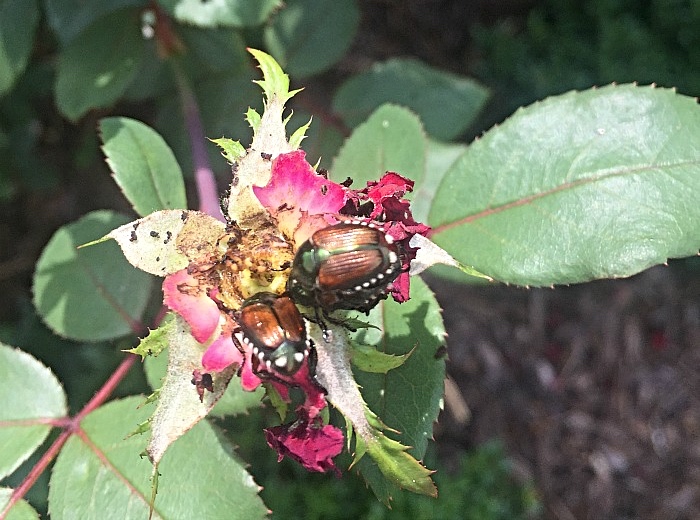 Well, what do ya know? The Japanese beetles have returned. Over the past couple of weeks, I’ve been conducting a highly scientific garden experiment regarding the Japanese beetles that are incessantly eating our roses and cherry trees. Today on the blog, I bring you the steps of my research leading to a conclusion with commentary thrown in for good measure.

Something a little different, I guess you might say. Something inspired by 5th grade science class.

Or maybe my efforts were inspired by a childhood spent only a few fields away from the UofA Northeast Research and Extension Center (aka The Experiment Station). That’s probably it.

Japanese beetles are ravaging our roses. Just like last summer. And the summer before. All God’s creatures gotta eat, but it’s hard to find the good in this. This year, I’ve been researching ways to eliminate Japanese beetles without using pesticides. Without spending hours hand-picking them from leaves and buds. Knowledge is power. So is the internet. Several articles mention a method for luring and trapping Japanese Beetles using fruit cocktail. When I saw the fruit cocktail trap suggested by Farmer’s Almanac, I was all in.

I can’t remember the last time I bought or ate fruit cocktail. But I’m pretty sure it was back when my kids viewed it as a fancy dessert with their chicken nuggets. The same “kids” who now drink whiskey in their cocktails.

If I provide Japanese beetles their very own container of fruit cocktail, they will love it, choose it over my roses. Thereby, I will save the roses / save the world by offering them something better, something sweeter, something with a cherry on top. When a horrible thunderstorm began, I ran outside and moved the cocktail flower pot to the porch until the storm passed which took some time. While on the porch, Annabelle took a slurp from the fruit cocktail. Later, Lucy did the same thing.

I returned the flower pot to the garden.

Nothing but a fly.

Noticed a drowned ant. Felt sad about that. 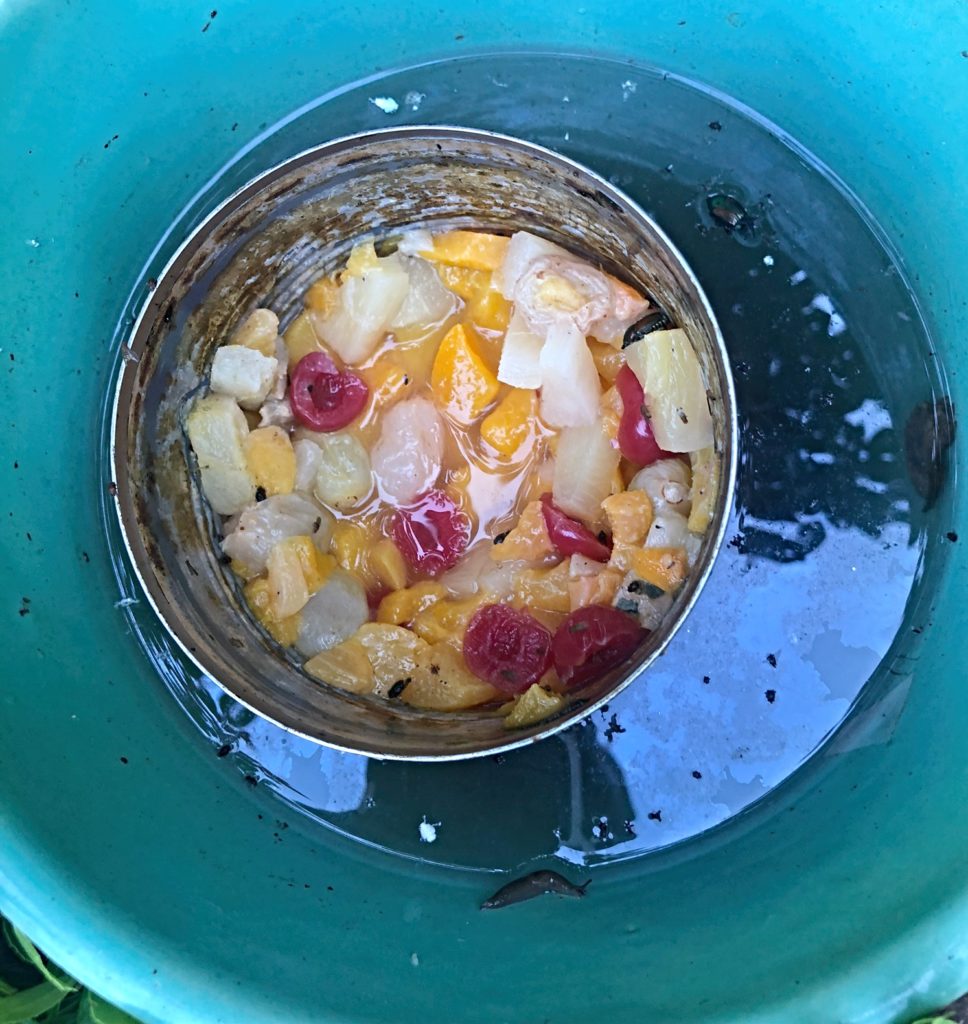 I went back and re-read the article from Farmer’s Almanac. Now, post-experiment, I have a different interpretation of this line: You can buy Japanese beetle traps of all sorts, but most are no more effective than a can of fruit cocktail.

In other words, none of them work?

To be fair, this is the point I realized I didn’t accurately follow the instructions as recommended by others who have successfully used fruit cocktail in the garden. I should have let the fruit ferment, then try to drown the beetles.

So I added a Step 6 Part 2 to my highly scientific experiment.

I disposed of the nasty water, refilled with soapy water, and waited for the fermented fruit to do its magic. Still, some time later, I only caught a milkweed bug and a ton of gnats. I suppose others have had luck with fruit cocktail, but I can’t call my experiment a great success.

Step 8: Communicate Conclusion to the Masses

Thank you, masses, for reading.
Thank you very much.