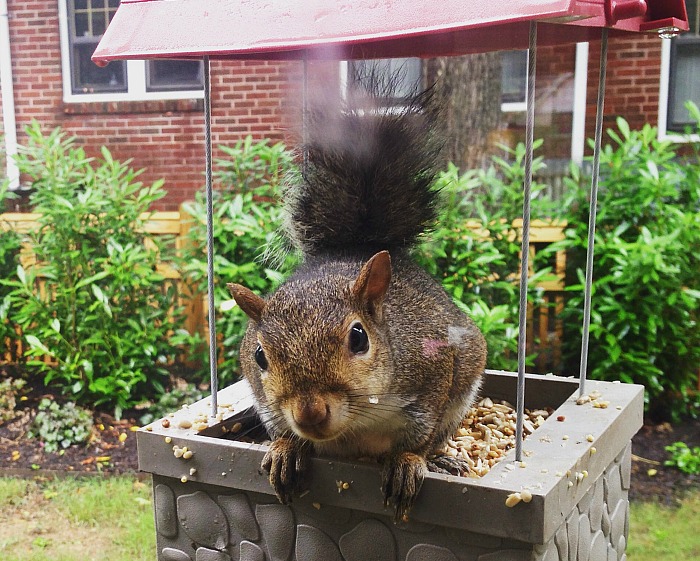 Since I returned from Iceland, I’ve been writing like a fiend. Between all the words, I garden. That’s pretty much it. Weeds, y’all. They are thriving. I know my garden as well as I know the manuscript I’m working on. Because when I say, I garden, what I mean is, I crawl around on my hands and knees looking between flowers, pulling weeds by hand, studying the landscape and what’s changed in my brief absence. (Much like scrubbing the lines of my writing, pulling weed words. See what I did there?) I’m here to announce there are some mid-June garden shenanigans at work in my flower beds.

And they have been. Don’t let this lush handsomeness lure you in. This is ragweed. Oh, he will make you weak in the knees, sneezing and wheezing, such a sneaky one, Mr. Ragweed. He has popped up in several places in our flower beds and along the driveway. So nonchalant. Be gone, you fern-like devil. In the past, I had wonderful luck with mums in my first Dallas yard but very little since. I had all but given up on them, yet in a weak moment last fall, I bought four pint-sized pots from the grocery store. Instant color to mix in with my porch pumpkins. In typical mum fashion, they fizzled by the end of fall, and that was that. I poked them in the ground and forgot about them. By winter’s end, I marveled to see them alive. This spring, I’ve been religiously pinching them back to keep them compact and energized for a possible fall show. Fingers crossed and all. I take my eyes off them for two weeks, and they bloom. Even more surprising, in my memory they were a rusty red color. Red in fall, pink in spring?

Such a party in the garden.

This next mystery, I haven’t quite figured out. 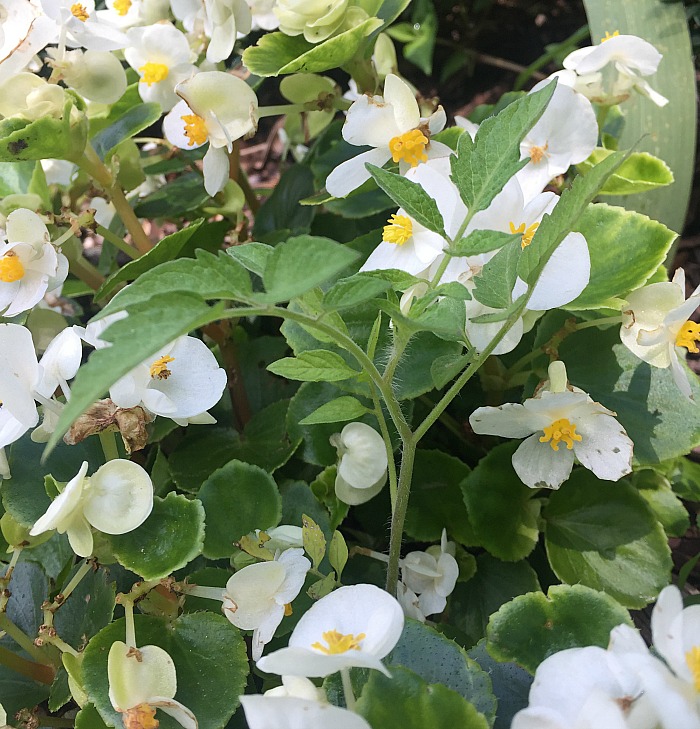 I returned home to find tomato plants growing in my begonias.

LOTS of tomato plants. Evenly spaced as though I planted them myself.

I pulled at least ten of them immediately, thinking, what on earth? I don’t want tomatoes in my begonias. But then… As I continued pulling weeds and tending to flowers, I noticed more of these hearty ladies. So for now, I’m letting them grow. Yesterday, I counted fifteen in my front beds and three or four out back.

It’s worth noting, I haven’t planted a single tomato plant this year.

At first, I thought tomato seeds must have been buried in the mulch we bought and spread several months ago. OR, seeds were in my own compost I added to the soil. But now, I wonder if seeds were hidden in the six flats of begonias we bought. Because tomato plants are only growing in my begonia borders. And I have begonia beds in four different places.

So yes, I turn my head for a few sleeps and awake to mid-June garden shenanigans. A bona fide garden party behind my back.

I’m curious. Have you ever had volunteer tomatoes??? Should they stay or should they go?

P.S. The squirrels are none too happy to see Lucy and Annabelle home again.

[tweetthis]Volunteer tomatoes. Should they stay or should they go? #nature #garden[/tweetthis]

The Clash – Should I Stay or Should I Go