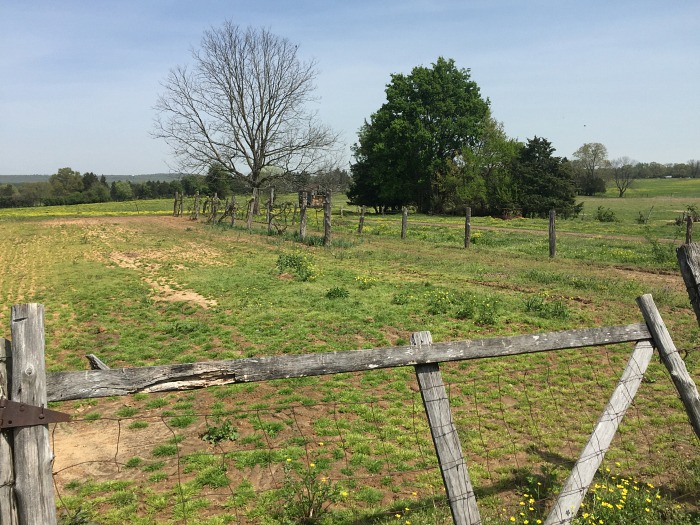 Today I’m thinking about The Farm. And The Homeplace. Not my farm or the homeplace of my family but my husband’s. My mother-in-law grew up in Morrison’s Bluff on a farm that backs up to the Arkansas River. For years, I’ve heard stories about John’s childhood trips to The Farm, but Saturday was my first visit. We went for a family reunion.

Y’all, don’t miss your family reunion. It’s important to gather and connect. And we couldn’t have ordered a more perfect day. Not even from a spring weather menu.

Is there anything better than pot luck spread out on the dinette table in The Kitchen on The Farm? Everyone talked about how years ago in that kitchen, Grandma Siebenmorgen rolled out homemade egg noodles so thin and light no one has been able to duplicate them. And that’s saying something because based on the food I tasted at the reunion, Grandma Siebenmorgen’s cooking and baking gene was passed down to the next generations. This is what farm-to-table is all about. I took lots and lots of photos because not only was The Farm in Logan County absolutely gorgeous, but the place reminded me so much of the Johnson’s homeplace on the banks of the Little River. That’s where my Nana’s people come from, in Mississippi County, Arkansas. I was especially reminded of Aunt Virgie’s house, although when I was a child, Aunt Virgie had no indoor plumbing.

The Outhouse. That was a highlight of spending the night at Aunt Virgie’s.

John gave me a nostalgic tour of The Woods, The Chicken Coop, The Barn, The Well, The Graveyard, The Pond, The Smokehouse, The Cellar, The Attic and so on.

I could have spent an entire day looking through the old books and magazines in The Attic. 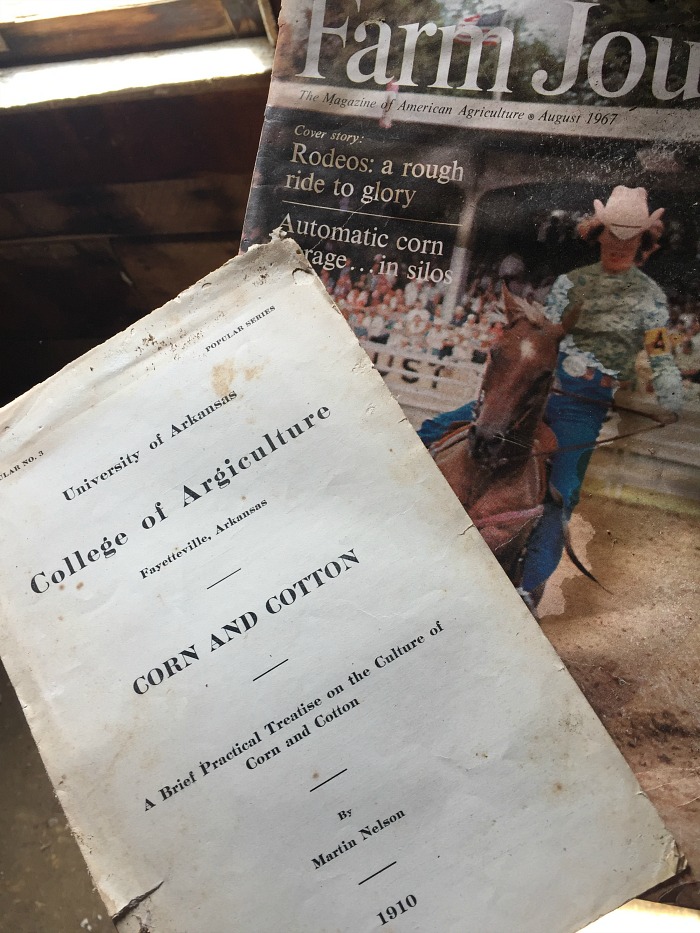 At Aunt Virgie’s house, my sister, cousin and I spent countless hours playing in The Barn, The Chicken Coop, The Strawberry Patch, beneath The Grape Vines in the cool shade. Down the road at Uncle Woody’s we had The Gully, The Attic, The Pen which held nothing as far back as I can remember. Across the way at Nana and Papa’s, The Storm Cellar, The Shop, The Pig Pens, The Ditchdump, The Clothesline, and The Cotton Trailers provided endless entertainment for our imaginations.

Have you ever stopped to consider most everything important is announced with THE.

What a place. For me, having been raised on a farm with farming grandparents and great-grandparents, the land is the great connector. There’s soil in my soul. And as I walked across the grounds of John’s family’s farm, breathing everything in, the place felt as hallowed as any celebrated, recognized place on a tourist map. Because life happened there. A simple, steadfast, hard-working life where the Siebenmorgens raised a large family on the land. And what they started still lingers today, passed down from generation to generation in mannerisms, hard work, laughter, and faith. Avery and Bella climbing up to THE Hayloft

As we explored The Woods, John and his sister remembered how the family packed up the family car, drove to The Farm, and cut down a Christmas tree each year from those bordering the property. I wondered which ones they had considered but didn’t select, the trees left to grow, to provide permanence. The trees that now tower over the land.

With time, distance appears to alter space even when everything stays the same. The Smokehouse seemed closer to the Barn than they remembered. The River seemed a much further walk. The Attic steps seemed steeper. And every little thing seemed illuminated and connected.