Wow. Can you believe we’re already in the second week of Advent? This year, more so than any other I can remember, I’ve been sitting with Advent, thinking about it, needing it. As I reflect on the past year and prepare for the next, I’m determined to make these days before Christmas simple and easy. To do that, I’m giving up things for Advent.

In case you think this “giving up of things” sounds more like Lent than Advent, let me elaborate.

Waiting and reflecting and resting is difficult when I feel weighted down with items on my to-do list. Items that really, in the scheme of thing, don’t add up to a hill of beans. So bye-bye to these things I’m eliminating for Advent…

Expectations. This is a biggie. I expect too much from myself. I expect to spend time every morning writing and producing content and some days, especially during December, it doesn’t always happen. 2016 has been a busy year for me. I’ve been in a constant state of emotion and busy-ness. I’m easing off on myself, at least during December.

Christmas Cards. About fifteen years ago I received a Christmas card from an attorney I worked with in Waco, Texas. It included a family picture with a note that said keep this card and display it every Christmas for the next ten years because we won’t be doing another one for a long time. Either they never did another one, or I got dropped from the list (or  both) because I never received another Christmas card from them. I appreciated the sentiment and the heads up.

This year I won’t be sending out Christmas cards. Instead, I’ll continue my efforts to send hand-written letters throughout the year. And yes, no matter the month, there will be a Christmas stamp affixed to the envelope because I’ve already bought Christmas stamps. I admit, I do love receiving Christmas cards, so there’s guilt and a bit of a double standard associated with this one. I’m going to let go of that, too.

Outside lights. It’s just not gonna happen. Other than my vintage snowman, my porch will be plain and dark. I did finally remove my Halloween lights, so that’s something.

The Voice. Okay, this may seem silly, but all season I’ve been watching The Voice on NBC and last night I decided WHYYYYYYY??? What a time drain. Done and done. I’d rather watch cheesy Hallmark Christmas movies.

Shopping. Fair warning to my family—I’m keeping it small and local. The end.

Social Media. Oh, I’ll still be around, but in smaller doses. If I forget to wish you happy birthday on Facebook, it isn’t because I don’t want you to have a fantastic birthday. It’s because I’m doing other things. Like face-to-face things with people. Decorating. I discussed this in a prior post. Yes, I’m doing less. It already feels good.

Worry. The news wears me plumb out, especially political news. I’ve got to believe that as a country, one nation under God, we will be okay. 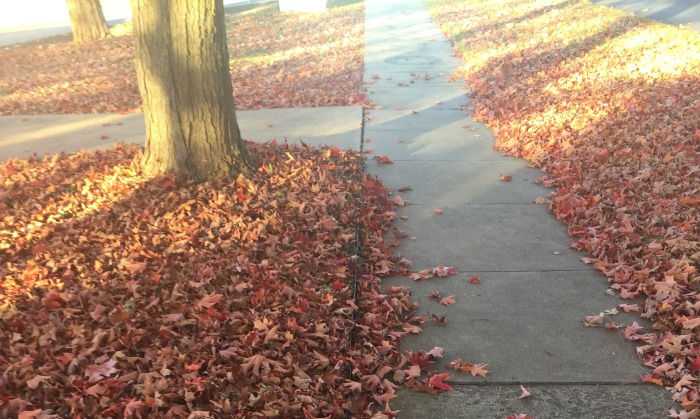 Sooooo, instead of subscribing to the day’s gloom and doom, I’ll be making homemade soup, listening to music, walking in the cold fresh air, raking leaves, reading, hanging with friends, going to the movies, playing with the dogs, looking through seed catalogs, watching for snow, doing a little writing.