Everyone is filled with a certain energy, whether positive or negative. The essence of those you spend time with becomes part of you. Slowly, so slowly you won’t notice at first, or maybe you never will. But how could such a thing not happen?

You may only pick up a mannerism or two. Or your mood changes after you’ve been with a certain person for an amount of time. You become happier. Or depressed. You begin to think like they do, maybe only in tiny pinprick ways, but it happens.

If you spend all your time in a stress-filled environment surrounded by negative people, the attitudes of the place will rub off on you. Surround yourself with upbeat, creative, positive people, and see if your overall perception of everything won’t be more positive. 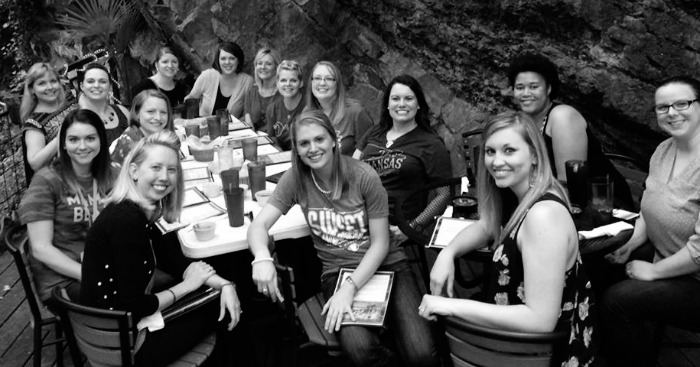 Of course, life isn’t black and white, cut and dried, good or bad. Situations aren’t 100% negative or over-the-moon glorious. The truth rests somewhere in the middle, and we have to navigate through the constant life chatter filtering out what’s not healthy for us and clinging to the good.

Like a cancer, negativity breeds more negativity. I believe this is one reason our political climate is so ugly. We don’t have control of many things, but we do have control of how we spend our time, who we interact with, what we listen to, what we share to our people and beyond.

I’m not saying we don’t need critics and realism and truth, because we do. But there’s a way to disagree and stand up for what’s right without spreading hate. We need to be mindful of what we’re absorbing and what we’re putting back out into the world. Just in the way we are affected by the people we spend time with, we are influencing people, too.

You are included in someone’s list of five people. So am I. And with that comes responsibility.

[tweetthis]We become the people we spend the most time with. My sermon for the day. #choices #positivepeople [/tweetthis]