Yesterday I was invited to talk about The Accidental Salvation of Gracie Lee with Alyse Eady, local THV11 Little Rock news anchor, and food blogger Debbie Arnold (Dining with Debbie). The whole television thing was interesting and fun and completely new to me. I had no idea what to expect which was a good thing because I didn’t have a chance to overthink it or stress too much. Our segment was live. No do-overs. 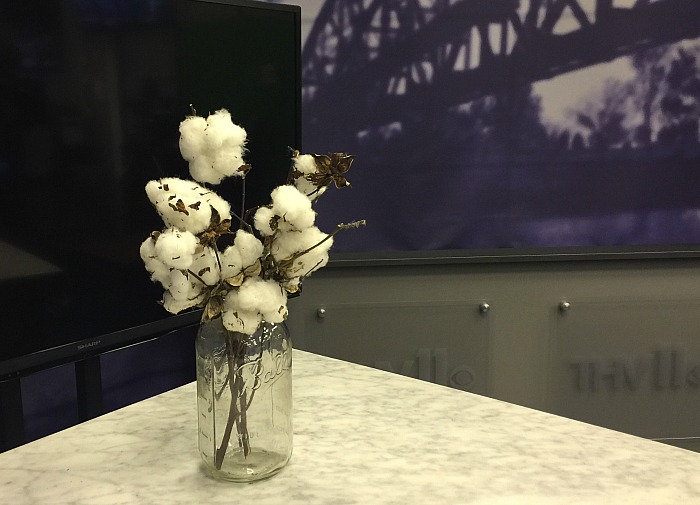 Why, yes, I travel with cotton.

If you haven’t had a chance to watch it, CLICK HERE. When it was over, I had no idea what I said. All I could think about was the smell of that meatloaf right underneath my nose. Click HERE for the recipe.

I’ve been on the airwaves three times in my life and 66.666666% of the time has been with Debbie Arnold.

The first time was in 1976 or so. My friend Anita and I showed up one morning at the WHBQ radio station in Memphis. Somehow we got not only inside the building but on air with Rick Dees. (Whether you know it or not, in our neck of the Delta in the mid-70s, Rick Dees was a thing.)

Our motive was to get matching Rick Dees t-shirts for our cheerleading squad. He not only accommodated us but interviewed us on air. I was tongue-tied and Anita did most of the talking. A few weeks later, we rocked those t-shirts at the Arkansas State Cheerleader Camp. We were cool (in our own minds) that way.

The second time was a few years ago when Debbie and I (and several other ladies) went on an Arkansas Women Blogger trip to Helena and ended up on air with Sonny “Sunshine” Payne on the King Biscuit Time Radio Show. [tweetthis]I’ve been on the airwaves 3x in my life. 66.66% of the time with @diningwithdeb @THV11 #AccidentalSalvation[/tweetthis]