For the past several weeks, we have been living an insurance odyssey. An odyssey brought on by zero common sense in business. That’s how I see it anyway.

This is the front of our house. 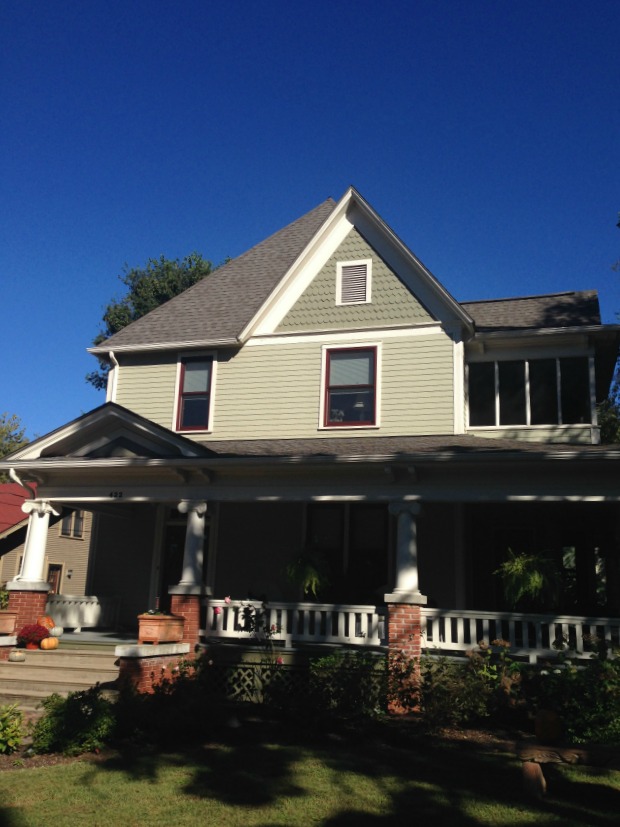 And here is the back. 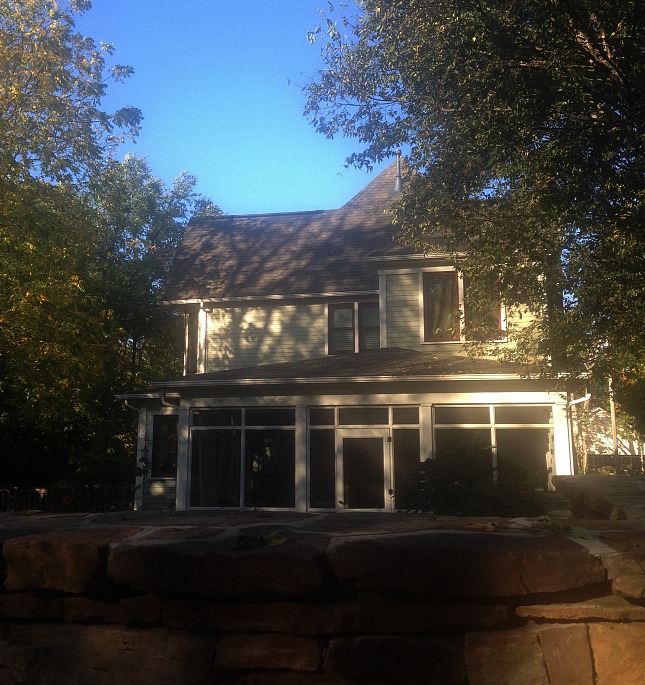 How would you describe our roofline?

Go ahead and brainstorm.

How about flat? As in flat enough for our homeowner’s insurance policy to be cancelled?

Apparently the portion of the roof over the porches doesn’t meet “slope guidelines”. Unless we want to hire a roof inspector to warranty our relatively new roof for another two years, we will be dropped. On Monday.

It doesn’t matter that we’ve been customers of this particular insurance company for twenty something years. Or that we have four vehicles insured with them too. Or that in the process of buying this house just two months ago, the house and roof passed a thorough property inspection. Since the property inspector wasn’t specifically a roofing inspector, It.Does.Not.Matter.

This insurance company is not on our side after all.

“Those are the rules.”

Don’t you love hearing that?

Well, my rule is not to waste money on a ridiculous inspection for no reason.

But now I’m sweating it.

As of yesterday, a second major insurance company declined to cover us. We won’t be in their good hands because the house was built in 1875. Never mind that it was taken down to the studs and rebuilt in 2008. (FYI, they didn’t have an issue with the roof.)

The human element has been removed from corporate America. People have been replaced with alien robots. Dial “1” for billing, “2” for claims, “3” for other nonsense. Common sense has disappeared in favor of rules and more rules. Government regulations. Ridiculous guidelines.

P.S. I have two more insurance companies working feverishly to provide coverage. Meanwhile, I’m afraid to build a fire during the arctic blast. Nothing like a little drama, but like my friend says, this is a first world problem.