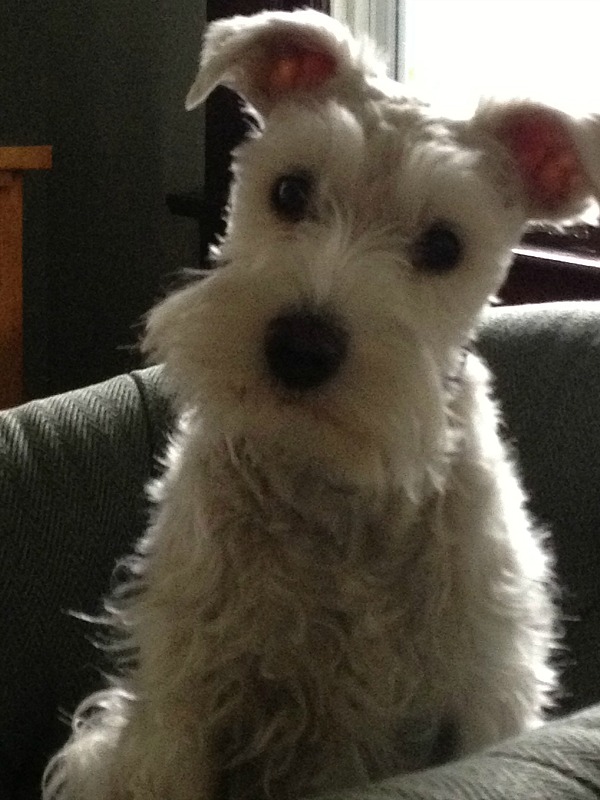 Oh the things we will do for our pets. I admit I’m a nut about our miniature schnauzers, Lucy and Annabelle. And since Thursday is Love Your Pet Day, I thought I’d devote this week to all those furry friends who make our families complete…

A couple of weeks ago Annabelle became sick right before my trip to Arkansas. For three days, she trembled and hid upstairs. Finally I took her to the vet who prescribed doggie Advil for whatever was ailing her.

I almost cancelled my plans, but when John dropped both dogs off at the pet lodge for boarding, he reported Annabelle seemed fine. She tugged on her leash, excited to be there. (She obviously remembered about the four hours of afternoon playtime.)

A week or so later after we all returned home, Annabelle was back to trembling and hiding upstairs. I developed a complex, because she seemed fine at night when John was home…

Annabelle is our sensitive schnauzer. She’s sweet and happy go lucky until something scares her. And it doesn’t take much. Annabelle becomes upset by anything loud and/or mechanical such as the vacuum cleaner, an ambulance siren, the lawn mower or loud  yelling during Razorback games. I didn’t take this into consideration with her “sickness”.

Finally I put my Nancy Drew sleuthing skills to work and looked for clues to Annabelle’s problem. The answer stared at me from the kitchen counter. Each morning since the beginning of 2014, I’d begun making green smoothies. 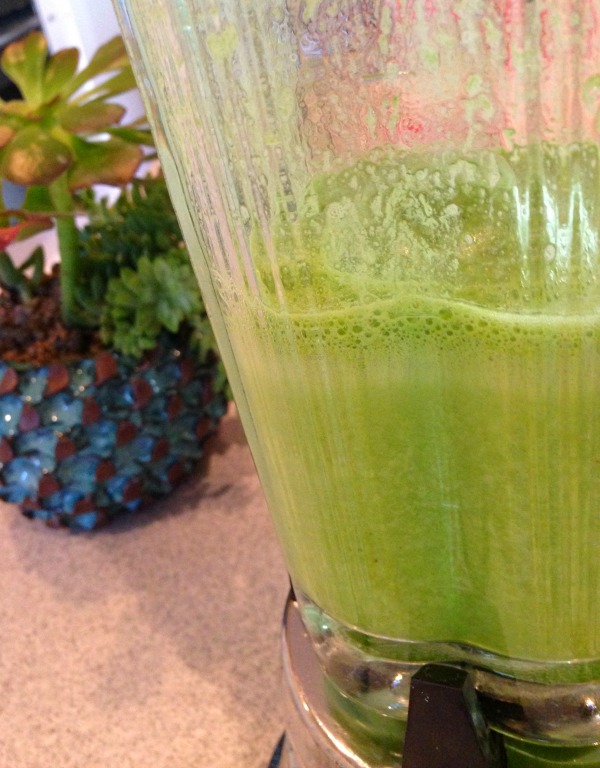 Was Annabelle afraid of the blender?

To test my theory, I skipped a smoothie day and hid the monster blender in the cabinet. Annabelle was back to normal. 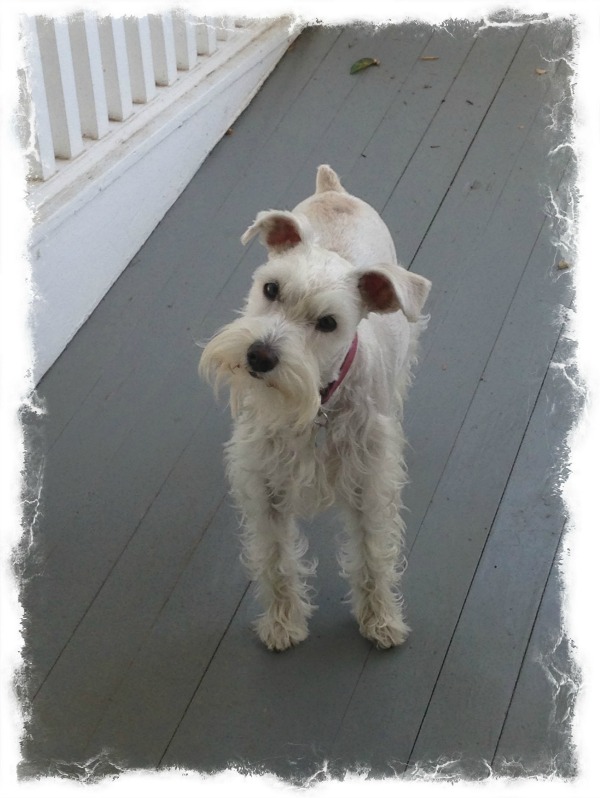 So here’s my solution…

Early, early, early in the morning when John walks the dogs, I race downstairs before I’ve even had my coffee and whip up my green smoothie to save for later. I even wash and put the blender away before Annabelle sees it.

What crazy things have you done for your pet?

“Dogs are the leaders of the planet. If you see two life forms, one of them’s making a poop, the other one’s carrying it for him, who would you assume is in charge.”
― Jerry Seinfeld