According to the Old Farmer’s Almanac, January’s full wolf moon was named for wolf packs that howled outside Indian villages “during the cold and deep snows of midwinter”. 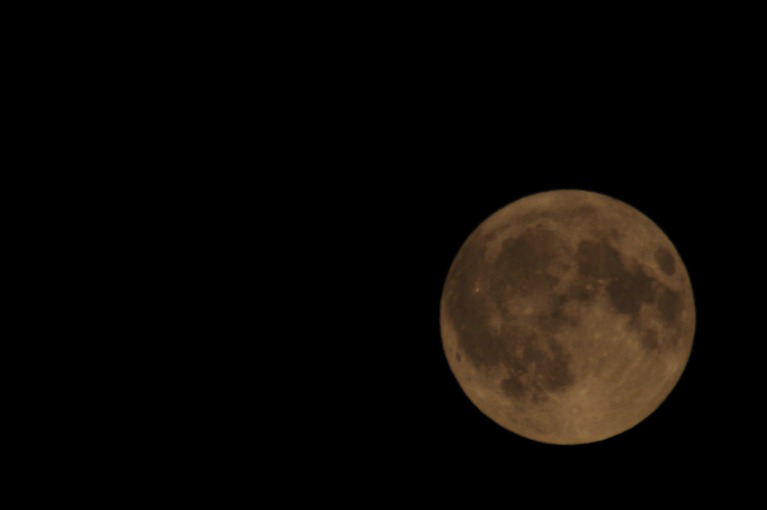 My fascination with the moon began in the fall of 1969 when Mrs. Hilliard wheeled the bulky black and white television between desks in our first grade classroom. Instead of doing alphabet worksheets, we watched Buzz Aldrin and Neil Armstrong walk on the moon from high above our spot in Keiser, Arkansas. At the time I had no idea the news clip was a rebroadcast. (I was probably at the lake on July 20 when the giant leap actually happened…)

Each night I stared at the black sky from my location in the backyard between the pump house and the cotton field. On a piece of plain notebook paper, I charted the moon’s positions and phases. In thirty days it waxed from new to full then disappeared again. I began to realize even though it looked different every night, it never changed. It was the same moon, the only moon, the moon that guided Columbus, the moon that had watched over our Earth forever.

By month’s end, my project was detailed and accurate. A work of art.

Wherever you are, be sure to glance at our Full Wolf Moon tonight.

“It is a beautiful and delightful sight to behold the body of the Moon.”
― Ptolemy