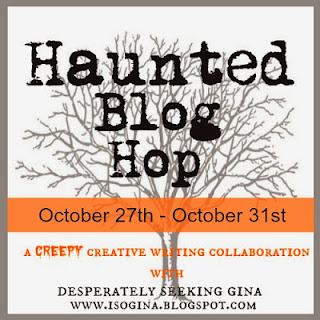 Welcome to the Haunted Blog Hop, a spooky story told in parts by a group of blogger friends. The story began Sunday and concludes today. If you haven’t been following along and need to catch up, click the links below to read each blogger’s part of the story in order. (Unless of course you are one of those people who likes to read the ending of a book first…)

No one had any idea where the story would go. Each person picked up where the prior writer left off. Fun!

Part III (Oct 29) All That And Some Other Stuff

AND NOW, read on for the conclusion of Gillian’s mysterious night at the Rutledge Home for Wayward Boys…

The composition was unmistakable.
Swan Lake.
Gillian was momentarily swept away by the recognizable score, an infectious mix of mystery and magic that seemed to ooze through the very walls as though the heart of the cottage pulsed around her. And then she heard weeping mingled with the music.
Serena?
Shoving the locket deep into her coat pocket, she felt her way back along the hallway searching for an explanation for the strange circumstance. The dim glow of candlelight cast just enough light to reflect her dusty footprints left only moments earlier.
With each step, the sobbing grew louder.
“Serena? Are you here?” Gillian whispered.
The crying stopped.
“Serena, it’s me, Gillian.”
Gillian’s heartbeat quickened as she stood at the closed door off the landing. This door was the only thing separating her from answers. Separating her from Serena? The glass doorknob seemed to vibrate with the swell of music. It easily turned in her palm.
In the far corner underneath a dormer window stood the only furniture in the room—a drop leaf side table. And on top, a turntable spun a vinyl album. Gillian reminded herself to breathe, then walked into the room for a closer look.

The turntable had no arm or obvious source of power, yet from it blared the evocative sounds of Serena’s final performance before darkness claimed her… But how was this possible?
As Gillian struggled to make sense of the situation, movement beyond the window caught her eye. People. Boys. Boys dressed in elaborate costumes masqueraded ghost-like through the woods toward the lake. They hummed and chanted carrying flags and banners and wooden oars above their heads. The wayward boys?
Gillian rushed from the room, and peered over the banister. Below, the downstairs was cavelike. Behind her, the music of Swan Lake continued playing, only now it was louder, clearer, more urgent than before.
I must talk to those boys. There has to be a logical explanation.
Gillian hurried down the stairs but sensed a presence move past her ruffling the air and extinguishing her candle. She nearly stumbled as the candle slipped from her hand, rolled down the stairs and bounced into the shadows.
Tap, tap, tap, tap.
The typewriter keys pounded.
Another message? 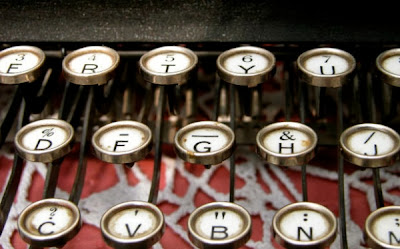 The smell of tobacco seized her stomach, and she swallowed sour vomit. The floor and ceiling whirled as blackness consumed Gillian. When the door swung open and the past floated out, Gillian didn’t notice. She lay crumpled on the floor.
******
“Gillian, Gillian. Wake up!” A blurry figure knelt beside her, his voice distorted. “Gillian, are you okay? It’s me.”
“Ethan!” She clutched her boyfriend’s arm and stammered and stuttered, her words doused with a rare display of tears…”I know the family secret…my dad’s sister…Swan Lake played but the record player was broken… the tobacco… and the boys outside—did you see the boys outside?”
Ethan stared.
She continued. “Serena was here… I heard her crying…and that typewriter over there—it types by itself!” She pointed across the room with a trembling arm.
“What typewriter?” Ethan’s gaze followed the wave of her hand across the room. The sofa and chairs were covered with mismatched sheets. Faded gold curtains drooped along the two large windows. A sizable walnut desk seemed to prop up the far wall, but there was no typewriter. Instead, a purple potted mum rested in the center of the desk, the only bright spot in the room.
“But there was a typewriter. I swear.” Gillian rubbed her eyes. “And that flower…? No.”
“Babe, I think you hit your head. The sidewalk’s wet and there was even sleet during the night. You must have slipped when you came into the house. I worried when you didn’t answer your cell phone, so I drove out as soon as I got back into town. I still can’t believe you came out here in bad weather. And in those shoes…” She glanced at her three-inch heels, amazed they were still on her feet.
“But the music? I heard music.” Gillian began to shake.
“Gillian, listen to me. You were dreaming.”
Gillian felt weak and confused and a bit embarrassed. Was it only her imagination? Or a horrible nightmare? She scanned the room for any evidence. She strained to hear Swan Lakebut only heard the sound of a dog’s distant howl.
Ethan held her steady and helped her walk toward his truck. “We’ll come back and get your car later.”
Gillian nodded.
Dawn began to spread above the tree line. She glimpsed the lake beyond the woods and thought she saw movement but dismissed the notion.
“Hey where’d you get that? I’ve never seen it before.” Ethan touched her neck running his finger along the thin gold chain. “It’s cool, I like it.”
Gillian’s hand jumped to the pendant hanging around her neck. The ballerina etched into the locket appeared to pirouette. 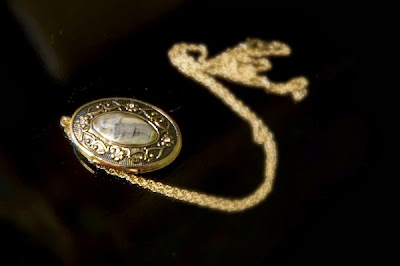 Thanks to desperately seeking {gina} for coordinating this Haunted Blog Hop! 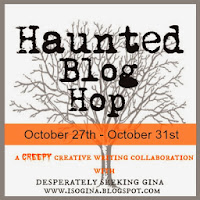