I suspect each person who crosses my path somehow knows my mother—the checker at Whole Foods, the man begging for money on the corner, the random woman who ran into the back of my son’s Xterra on Northwest Highway.

After last night, I know this to be true.
While enjoying a glass of wine with neighbor Harry on his front porch, a lady parked curbside and walked toward us with her father.
“Harry, this is my Dad. We drove over to see the old house and thought we’d say hello.”
“Where’re you from?” Harry asked the man who sat directly across from me on the porch pew.
“Memphis.”
Now I’m curious and oddly connected to this stranger on Harry’s magical porch where interesting things seem to happen.
“I grew up just outside Memphis.” I join the conversation.
“Where?” He asked me.
“On a farm between Keiser and Osceola.”
“I could tell you a story about Keiser.” He becomes animated.
“If it’s about my mother, I already know it.” I could match your Keiser story and raise you ten, I think…
“I just returned from Keiser.” He said. “My wife and I went to the Keiser High School Reunion.”
Now I’m oddly related to this stranger on Harry’s porch.
“Oh yeah, my mother missed the reunion this year because of her knee surgery.”
“Barbara Tate wasn’t there either. She had knee surgery. She’s in Texas with her two daughters.” His comment was more rhetorical as though he spoke to himself.
“Yeah, I know.”
“How do you know?”
“She’s my mother.”
Whose your mother?
“Barbara Tate.”
“Who are you?”
“One of her two daughters in Texas.”
He almost fell off the pew on Harry’s porch. But not me. I’ve come to expect these sorts of conversations.
“So are you related to Thomas Tate?”
“He was my Daddy.”
“My wife and your mother are good friends. Your mother’s other friend wasn’t at the reunion either – oh what’s her name? – they’ve been friends since they were kids…”
“Lou Perry?”
“Yeah! You know her too?”
“She was my school librarian.” 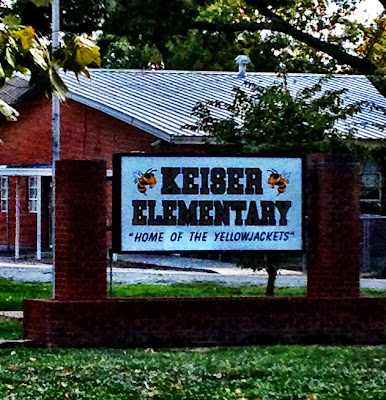 and that’s how my night started…
talya
It’s a small world, but I wouldn’t want to have to paint it. -Steven Wright
Musical Pairing:
Abracadabra, Steve Miller Band