I received that dreaded phone call. The phone call no parent ever wants to receive. My son was involved in a four-car-pile-up. Thankfully, he was not injured. Thankfully, no one was injured, not even the driver of the truck that flipped (!) over my son as he sat at a red light…
This is the good news. No one was injured. I could stop here but then you would miss the rest of the story. The why-does-everything-have-to-be-so-flipping-difficult part.
His Xterra was towed to the Dallas Police Impound Lot, located at the end of the earth where businesses are wrapped in loopy barbed wire, that section of the city people go seeking bail after stealing cars… 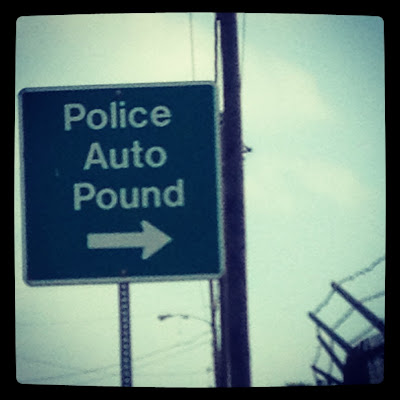 My challenge is to have the Xterra towed to a body shop for repairs, a test of patience and shrewdness and ironclad resolve.
Even slower than the Texas Department of Motor Vehicles, more disorganized than the Social Security Department, check your weapons and common sense at the bullet proof doors, take a number, prepare to wait an hour, or two, try not to make eye contact with anyone insane or otherwise. Everyone is on equal footing, equally insane by day’s end at the Dallas Police Impound Lot.
Now serving 230. 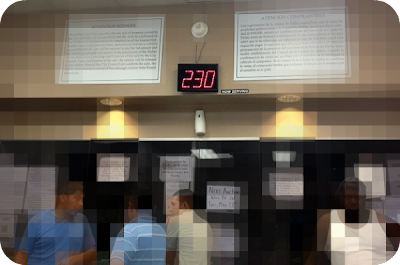 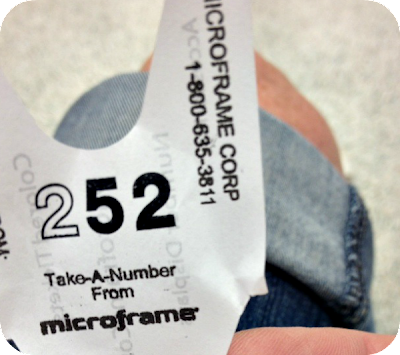 I am ill-prepared, armed with only half an iPhone battery and no book…

Nothing to read but the walls plastered in signs advising ‘No Tipping Is Allowed’. Don’t even think about it. No dinero under no circumstances.

Yet, I have a tip. Don’t EVER have your car towed to this oppressive place.

There is only one open window. One! Uno to serve hundreds of waiting customers.
A second officer sits smugly behind a glass window marked “closed”. His sole job is to push the button controlling the “now serving” number. With each number change, a chime rings out sounding much like the ‘ding’ of the Goldsmith’s Department Store elevator, a sound I have not heard in thirty-five years… Somehow this sound is the only pleasant thing about the afternoon, evidence of my growing insanity.
Ding! The man with the power, this button pusher man, changes the number. Now serving 252. That’s me!

I jump up and shout, “Bingo!”. I couldn’t help myself.

After sitting for two hours, within two super sonic seconds I am handed a standard release form and promptly dismissed. “Here, fill this out. Do not make any mistakes. No corrections whatsoever. Get it notarized. Take it to your insurance company. Do not pass go.”
A.Standard.Release.Form?

Even the post office leaves forms in the lobby…

Even the IRS has standard forms available for download from the comfort of our own homes…
“Can’t I fill it out and leave it here?” I plead.
“No!” Ding! Now serving 253…
This is why no weapons are allowed.
Hours wasted that could have been spent elsewhere, anywhere. Hours I can never get back.
And to think next week I get to repeat this entire process. Only next week, it’s called Jury Duty.
talya
“Red tape has killed more people than bullets…”― Ben Bova, Millennium