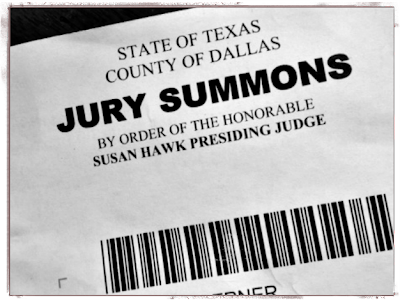 On Tuesday, I received a jury summons. I was one of four thousand. Dread seeped from my pores. What a waste of time, time that could be spent scrubbing the bathroom grout or editing my book or rearranging my Pinterest boards. Anything but jury duty.
Yes, jury duty is important, a responsibility not afforded citizens of other countries, blah, blah, blah, yet still I moaned. And I was not alone in my groaning… One-third of the four thousand (who showed up) did their dead-level best to get out of serving by making outlandish, argumentative statements or by dressing like clowns and parading crazy around the courthouse. Or both.

Some people were exempted by just being themselves. (The difference between true and pretend clown is a fine line, hence the need for four thousand jurors…)

Around lunchtime, sixty-five of us were herded to a holding area outside a fifth floor courtroom for more waiting. This time there was no seating as though being able to sit would make us comfortable and therefore less serious about our duty. Attorneys and judges walked in and out carrying heavy file folders and hernia briefcases, serious and harried, as we continued to stand and wait. People grumbled about lack of seating and waiting.
Waiting was annoying.
We filled out questionnaires explaining our thoughts regarding the war on drugs. We disclosed personal information. The day became more somber as time crawled…
Late in the afternoon, voir dire finally began. For two hours we sat on church-hard pews while attorneys questioned us in an attempt to eliminate or at least minimize looney from the final twelve. The accused, seated next to his attorney, watched and occasionally smiled and seemed normal. He had likely read our questionnaires and knew more about us than we knew about him. I found this unsettling.
Seated on the last row in the corner, I was number fifty-one. Safe. Hidden. While secretly eating lemon drops, I prayed not to be selected, but since fifty-one was a high number, I was likely safe…Scanning the group of heads seated in rows ahead of me, I was confident twelve unlucky people would be chosen before getting to my number.
The prosecuting attorney began quizzing us… “In Texas, possession is legally defined as having care, custody or control of the drugs. Do you agree with this definition?”
Nope. Half the people in the room didn’t agree, primarily people in the first two rows... Hands shot up, heads nodded back and forth. One after another they argued, disagreed, made nonsensical comparisons, please can you repeat the question…
My tongue was beginning to swell from the lemon drops.
“Well, here’s an example,” the super-composed and personable prosecuting attorney explained, “do you agree that you still have custody, care and control of your television, even though you left it at home this morning?”
Nope. Half the people couldn’t make that leap. Half the people argued they didn’t possess their own televisions.
I wanted to disagree too or at least say something ridiculous, but my conscience wouldn’t let me. I knew I still possessed my television and  furniture and a whole houseful of books, even though I couldn’t fit them in my purse with the sticky lemon drops.
I almost choked on the sour realization I.Would.Be.Chosen. No doubt about it. I was not nearly hidden or safe or crazy enough. 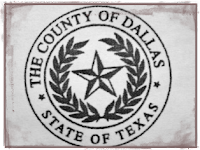 “The jury consists of twelve persons chosen to decide which side has the better attorney.” Robert Frost