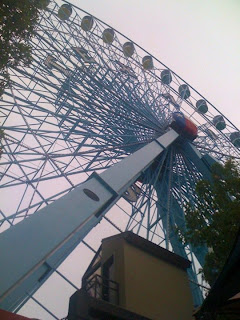 Our State Fair is a great state fair. Don’t miss it don’t even be late. Rodgers & Hammerstein
The top 5 reasons I go to the State Fair of Texas….
5. Pig Races
4. Car Show
3. People Watch
2. Crazy Mouse Ride
1. Corn Dogs!
I’m counting down the days to September 28…. when people from all walks of life and all corners of the state and beyond, eagerly gather into a hay-filled rodeo barn sitting side by side squealing for their favorite pig like its the Texas-OU football game. Big-haired women, mullet-haired men, even Oprah was there a few years ago to feast on the deep fried butter.
The parking lot is crammed with expensive tiny foreign cars and dirty farm vehicles driven in from Groesbeck, but once inside the hallowed fairground gates everyone is reduced to the lowest common denominator, standing in long hot lines for piles of tornado taters. People come together. Totally non-partisan.
The presidential election should be held during the nation’s state fairs.
Each year there is a contest for the best tasting and most creative new fair food to feed the famished fairgoers. This year’s winners, Deep Fried Jambalaya and Fried Bacon Cinnamon Rolls. Another new food for 2012, Chicken Fried Cactus Bites, proving people will eat anything as long as its battered, deep fried in lard, and served on a stick.
Don’t even be late! 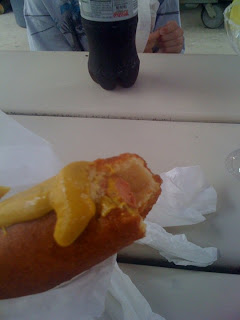