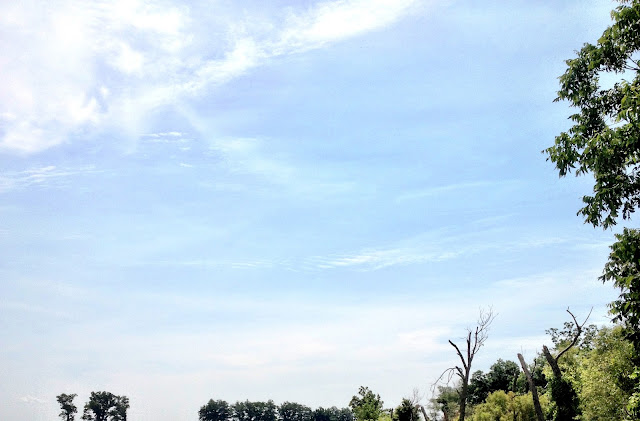 Things don’t just vanish into thin air. There must be a valid explanation. Right? One moment I was wearing my wedding band and the next moment it was gone.  Nowhere to be found.

It must be somewhere.
I didn’t leave the house except to take Lucy and Annabelle on several hot, miserable walks around the neighborhood. In this nearly unbearable heat that swells my fingers like Vienna Sausages, I can’t imagine it slipped off my finger during a dog stroll.
I cleaned house and did some laundry that day. In the process did I subconsciously take it off and place it somewhere odd like inside the refrigerator? Did I absentmindedly lay it on the coffee table while dusting tempting Annabelle or Lucy to snatch it? There was clear evidence that someone had been on top of the coffee table. Evidence in the form of a squeak toy placed in the center of the table. A squeak toy traded for a platinum ring?
I have turned my house upside down searching. I’ve retraced my steps. I’ve gone through the trash bags which was disgusting. I’ve monitored the dogs’ poop(!) for two days which is even more disgusting. I’ve crawled on my hands and knees looking underneath rugs and appliances and down sink drains. Bermuda Triangle. 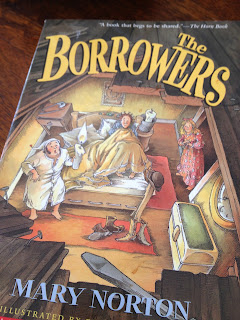 There is only one plausible explanation for this disappearance. The Borrowers.
As a kid I loved to read The Borrowers by Mary Norton. The Borrowers were a family of teeny tiny people who secretly lived underneath the kitchen floor of a house in England. To survive they simply “borrowed” from the “human beans” who lived above them.  When something went missing in the house such as a button or a tiny toy, the Borrowers had likely taken it to their home below the floor to be used as a furnishing of some sort. A matchbox served as a piece of furniture and a postage stamp hung on the wall as a painting. It was completely believable. I still believe.

Looking for clues, I closely inspected our old splintery kitchen floorboards which have gaping cracks wide enough to lose small trinkets. I’m pretty certain my ring is down there being used as a wheel or a hula hoop or wall art.

What other good explanation is there??

Hurley: How exactly does something like this happen?
Danielle Rousseau: Are you on the same island as I am?
Hurley: Guess that explains it.  – Lost: Exodus: Part 2