At long last I had successfully removed all the oil-based paint embedded underneath my ragged cuticles and was ready for more quality time with my trusty paintbrush. Apparently the planets were in perfect alignment as Tate and I planned to drive back to Fayetteville the same morning. With both vehicles packed to the max, this was ideal timing. I was not looking forward to a 5+ hour drive with two schnauzers. Annabelle tends to get carsick, and Lucy likes to make frequent puppy stops. But convoying with Tate, things would be much easier. 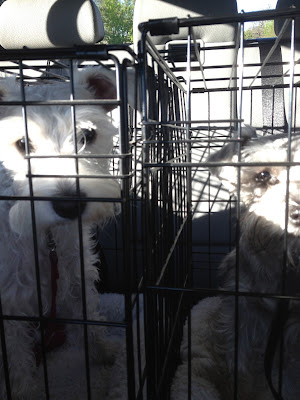 In my mind, I pictured a nice little lunch stop at a shady rest area table – maybe around Lake Eufaula – while the dogs stretched their legs and we chatted about my writing and his upcoming internship. Maybe I should even make veggie wraps or turkey sandwiches for the road. Plus, with all the fruit stands along the way, I could buy a sack of home grown tomatoes and peaches. An old-fashioned picnic! Who doesn’t treasure a picnic? Just like old times. 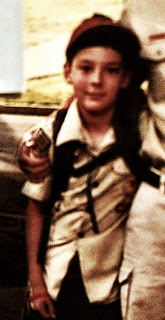 When Tate was younger we convoyed every summer to boy scout camps scattered throughout Arkansas and Oklahoma, stopping on the way to eat lunch at a picturesque dot on the map. Mr. McCullar, scout master extraordinaire, always had icy coolers of cold drinks and made certain we ‘left no trace’ in the boy scout tradition. Fun times. Just yesterday…
When Staci and I were kids, Momma fried a chicken and packed it for our annual summer trip to the Memphis Zoo. That lunch was woofed down before we made it inside the huge entrance gates. We needed fried chicken before we saw monkey island, our absolute favorite exhibit. Picnics are just good ole’ summer fun. And so was monkey island.
Suddenly, a sharp JOLT  back to reality…
Tate: I need to get gas and stop by the bank so I’ll just catch up with you on the road somewhere.
Me: What!? On the road? Where? Don’t you want to follow each other?
Tate: No, I’ll just catch you. I won’t have any problem catching you.
Me: Stunned. Silent. Shocked. Speechless.
And just like that he drove off before I could even explain the details of my peaceful roadside picnic. Fine. We would catch up on the road. I felt pressure to drive more rabbit-like and less turtle-y so Tate didn’t catch up to me in Plano.
The dogs slept soundly as I sang aloud to my favorite tunes, mostly from my college days. Nearly three hours down the road, the pups and I stopped at a gas station somewhere in Oklahoma to stretch. Although a far cry from the scenic lookout I envisioned, there was a vacant grassy lot next door perfect for dog walking. I watched for Tate sure he would see us and stop, ready to eat lunch. Not.
I also kept a sharp lookout for the Eufaula prisoner chain gang we lunched with a few months back at Ken’s Pizza. I didn’t see any of those guys either. Oddly enough this too was disappointing.
Less than 10 minutes later I saw Tate approaching in my rearview mirror. Yay! My stomach was reminding me of the promised picnic. Although I had not brought veggie wraps, there was a Sonic up ahead. We could exit and….. then in a split second he zipped around me without so much as a wave or smile. Objects really are closer than they appear. Did he even notice me? Evidently he wanted me to follow him….

I watched him up ahead, so handsome and independent driving along in his Xterra. Then just like the lightning fast Roadrunner, he disappeared on the horizon in a flash. I totally lost sight of him within five minutes flat. I hope he didn’t think Nana’s honorary deputy badge would get him out of an Oklahoma speeding ticket? I doubt it would even help him in Arkansas. What happened to my rule follower? 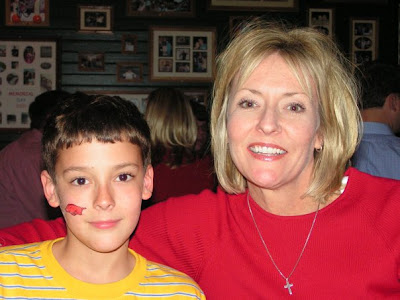 Hmphf! Well, I didn’t need help with Lucy and Annabelle anyway. I had driven all over the country with Tate and Kelsey when they were mere babies, and they weren’t even crated!! No matter how hungry I became, I would NOT stop for food. I had raw almonds and dried prunes in a sack beside me that became my “picnic” and would easily sustain me for days should I plunge into an Ozark ravine. Later, when I am discovered and interviewed on Good Morning America, he will feel bad for ditching me.

I thought he would stop at McDonalds. He still likes to eat. I would zip pass him and be in the lead. Not.
I expected to see him on the side of the road getting his first speeding ticket. I will casually wave at him. Not.

As I pulled into our drive in Fayetteville, I thought he would be there waiting to help me unload. Not.
Text from Tate: “I’m back.”
I’m not sure he even remembered I was driving on the same road. It was understandable. He was ready to be back in Fayetteville in his new apartment with his friends.
Text from Me: “So am I.” He probably wondered where I had been. I realized at that moment the odds of his helping me paint were slim.
The moral of this story: Don’t expect the hare to be a mind-reader.