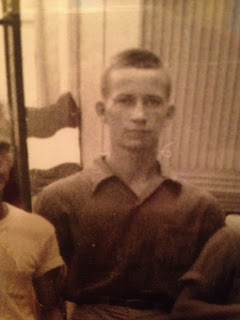 Growing up, my sister and I loved to spend the night with Uncle Rex and Aunt Frances. They lived in a single wide trailer at the edge of the cotton field on the home place, adjacent to Nana and Papa Creecy. Their trailer was surrounded by a little stand of pine trees which made it even more special. You were much more likely to see cottonwoods or pecans trees in Mississippi County, not pine trees. We played among those magical pine trees, collecting pine cones in late fall. I often wondered if Uncle Rex planted those trees, or did they grow from seeds that Nana tossed out her back door, like the beanstalk that grew from Jack’s enchanted beans. I never thought to ask anyone. 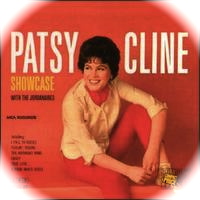 That mobile home was about the neatest thing ever. The huge console stereo spanned the entire living room wall and tons of albums filled the cabinet. We were allowed to play those albums unattended. I heard Patsy Cline sing Crazy for the first time in that living room. Staci and I played it over and over, placing the needle of the record player just right, careful not to scratch it. We sang along off key, while turning somersaults on the floor in front of the sofa. I was always amazed at how such a small home could seem so spacious and stay so tidy. But they had no children to mess it up.

I was a bit sad when they sold the trailer and moved to town to be closer to work. They both worked at American Greetings. In our little corner of Arkansas, if you weren’t farming, you were working at one of the factories on the banks of the Mississippi River. It’s still that way.

They were soul mates, practically joined at the hip. And at some point, they started dressing alike every single day. On purpose. They might both be wearing jeans and red shirts, or similar sweaters, but always the same color combination, as if they would be posing for a family photo after lunch. They even dressed similarly for church each Sunday. One summer they visited us in Dallas, sharing one suitcase crammed with matching outfits for each day of the trip. They discussed which outfit to wear each morning. It was cute.

John and I are not that cute, but we accidentally dress alike on occasion. It’s very plausible considering we primarily only wear jeans, gray, black and white… On those days when it does happen, I like to call him Rex.

Uncle Rex had two addictions – Frances and chocolate. And in that order. He was absolutely lost if he was separated from Frances for any period of time for whatever reason. When Frances was in the hospital, we really needed to go ahead and admit Uncle Rex – he was always beside himself with worry, making himself sick. A few years ago when she was hospitalized, worried that Uncle Rex might starve, the church ladies activated the casserole phone tree and brought food to the house, including a HugeChocolateCake. This was like a bottle of whiskey to an alcoholic. He ate the entire cake in one sitting. Having chest pains later that night, he ended up in the hospital with Frances, which is where he wanted to be. He’s the only person I ever knew who nearly overdosed on chocolate. 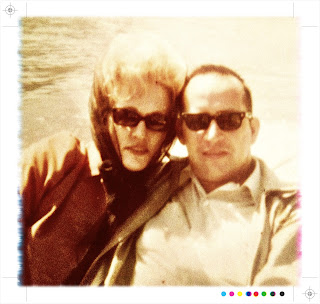 Uncle Rex died a little over a year ago. They were so blessed to have found each other, but what must it be like to lose your soul mate? Frances is heartbroken and lost and doesn’t know what to do with herself. A part of herself is missing. Sometimes she just gets in the car and drives, but never straying far from home. I wonder how she decides what to wear each day?

Grow old with me! The best is yet to be. – Robert Browning