Has anyone started Christmas shopping yet? Not me – I never start until December. But, are we even going to bother with it this year, with the end of time and all? It’s fast approaching. According to the doomsday fans who follow the Mayan calendar, December 21, 2012 is our day with destiny. No need to contribute to your 401(k) or worry about overeating at Thanksgiving this year. Stop doing those stupid abdominal crunches. It’s over. Finally.

Of course, it was supposed to be over in May, 1980, right before my high school graduation. There was a huge theory in Keiser, Arkansas at the time, that the world was going to end the first week of May. Jesus was going to return, and I was convinced I would be totally left behind, home alone, alone on the planet Earth, NEVER receiving my high school diploma. It wasn’t that I was an evil person or more sinful than the next, but I was worried that I hadn’t done enough. What if I hadn’t been good enough or prayed enough? What if Brother Brown hadn’t given me a proper baptism at Brinkley Chapel where I grew up? And often, on Sunday mornings, I had a hard time concentrating on Brother Brown’s boring sermons. I just couldn’t help it. And the pews were hard.

When I was in high school, Keiser Baptist Church showed A Thief in the Night over and over to the youth group. A horrifying rapture movie, it was completely traumatizing – right on par with Night of the Living Dead, the scariest movie EVER. I can’t believe my mother let us see it. I wonder if she saw it? Eerie music played as unattended lawnmowers mowed grass and suddenly empty cars crashed into each other, the drivers raptured into the heavens. Freaky!! The mark of the beast and the whole nine yards – it scared the living daylights out of me and every kid in that sanctuary. I guess that was the point. It was gloomy and dark and creepy and resulted in many sleepless nights as I worried about my soul and graduation. I should have been a Catholic – I hear they worry a lot and feel guilty about everything…? 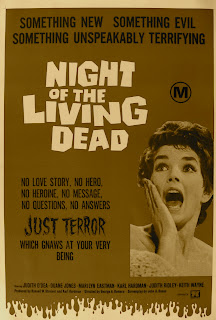 Shouldn’t the second coming be about hope and celebration and joy? But that terrifying movie promoted wide-spread panic and fear. The youth in Keiser discussed this – the signs all pointed to it – rain, drought, frogs, boll weevils, earthquakes, grasshoppers, fires. Who the hell wanted to do those last few months of school work? What did it matter? Couldn’t Mr. Ford somehow move up our graduation so we could at least be raptured (or not) as high school graduates?
Someone miscalculated, our date with destiny came and went, and the class of 1980 proudly marched across that stage like every class beforehand. Now, 32 years later, we are closing in on another date with fate. Do we really think the early Mesoamericans somehow knew the exact date of the apocalypse? The solstice to end all solstices? The Great Solstice? Similar to The Great Pumpkin?
I’m sure I will go ahead and plan for Christmas. But, we are having the hottest winter on record. And walking this morning, I saw a frog which was a bit strange in this Texas drought.
talya
Musical Pairings:
R.E.M., “It’s the End of the World as We Know It”
The Doors, “The End”
If the world comes to an end, I want to be in Cincinnati. Everything comes there ten years later.
Mark Twain