Everyone should be fortunate enough to experience dorm living. It’s a invaluable rite of passage into college life and adulthood during an important time of personal growth. You learn about yourself sharing 250 square feet with a total stranger, who may or may not be crazy. And you’ll make lifelong friends. Ok so far this is sounding very Dr. Seuss-ish, “and will you succeed, yes you will indeed, 98 and 3/4 percent guaranteed…” But it’s true. 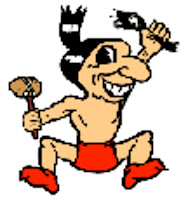 I spent my first college semester at Arkansas State, when they were the politically incorrect Indians. Now the mascot has been changed to Red Wolves, which I choose to ignore. Why are people so sensitive? My roommate and I had a great time at ASU, going to football games and parties and sharing clothes. We made many, many late night Taco Bell runs for tostadas. We were absolutely addicted to tostadas.

At mid-term, I transferred to Baylor knowing only two people, my boyfriend and his brother. I had no girlfriends, and no late night Taco Bell runs, so it was an adjustment. My first roomie was a wacky sorority beee-atch named Candy from San Antonio. She hated me right out of the gate because a) she had been trying to move one of her big haired, tanned sorority sisters into her room, and b) she thought all people from Arkansas were as dumb as root vegetables. Each afternoon she whipped up some knockoff version of lemon icebox pie in our tiny dorm room, stirring it with her finger, as she had no utensils. She proudly gave these pies to all the unsuspecting little pledges. I may have been a small-town country chick from Arkansas, but I knew how to use forks and spoons, I knew about germs and food poisoning, and I knew how to make a real lemon icebox pie -with freshly squeezed lemons, not that fake stuff in the green bottle. I also knew right then and there, as she stirred that pie filling with her unpolished finger, that I would never belong in a sorority. Candy and I parted ways soon enough, and I went on to make great friends who used eating utensils, for the most part.
Dorm living has changed a bit since the early 1980s. As we moved Kelsey into her dorm room at the enormous University of Texas, where dorms actually have individual zip codes, we noted all the girls had hot pink matching bedding and carpets and beaded curtains with adorable matchy-matchy everything and storage bins and shoe racks from The Container Store. Each girl room was instantaneously transformed from cinder block to barbie dream house. The guys wheeled in 42-inch flat screen LCD Sonys, Playstation gaming systems and huge Alienware desktop computers with boxes full of cords. Each boy room was expensively transformed into Best Buy. Did they attend class via Wii? At Baylor, our electronics were limited to the console television in the common room where we all gathered each afternoon at 2:00 without fail to watch General Hospital. Luke and Laura were hooking up. There was no campus food court. In Kelsey’s dorm, there was a sushi bar downstairs. The sushi-dorm room combo is just inherently wrong.  Everyone knows freshmen eat pizza.

Now Tate is a freshman at the University of Arkansas living at Maple Hill South. It’s relatively new and  very nice per dorm room guidelines. He moved in with his graduation gift flatscreen, huge computer, suitcase of clothes and 3 pairs of shoes. Within one weeks’ time, he decided all Texas students were grouped together at Maple Hill. Is this true? Are the Texas students segregated? Maybe Arkansas folks think Texas people are snooty, like Candy thought I had no shoes and dated my cousins?

We visited Tate last weekend. His dorm room wasn’t as messy as I expected. There were four Glade Air Fresheners in that tiny space, so it didn’t stink. There were a couple of interesting signs posted in the common area, the first beside the elevator – “do not push elevator buttons with you feet or spit in the elevator.” Really? But the buttons are shoulder height. Tate clarified, “Yeah, people are always pushing the buttons with their feet.” And spitting in the elevator? Who does this? Texan Razorbacks apparently.

And evidently someone smuggled in their pet piranha along with their XBox one year? Or a squirrel? Or a pet mallard duck? Of course it is Arkansas. Pig Soooie!

Otter: Flounder, I am appointing you pledge representative to the social committee.Flounder: Gee Otter, thanks. What do I have to do?Otter: It means you have to drive us to the Food King.
(Animal House)
“You have brains in your head. You have feet in your shoes. You can steer yourself any direction you choose. You’re on your own. And you know what you know. And YOU are the one who’ll decide where to go…”