Ok all you normal girls, now would be an excellent time to search around in the bottom of your panty drawer for that one Spanx support garment you bought a few years back when you had that exciting event to attend. You know, it was either the wedding of the summer or that all important high school reunion. You exercised for an entire week, loofahed and freshened your highlights to look your most radiant in that incredibly amazing yet snug dress that you couldn’t wait to wear. Everyone would be there – old boyfriends, besties, mean girls, everyone… Then, against your better judgment, you dropped a Benjamin on the Slim Cognito Super Higher Power Shape Slip to smooth away those last subborn ten pounds. 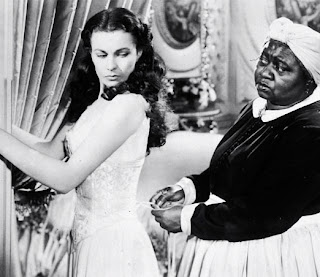 After prying yourself in, you realize those remaining pigheaded ten pounds must go somewhere – there is no magic to this girdle. It simply squished the flab and fat around until it relocated into new rolls on your thighs where none previously existed. Once zipped inside the fantasy dress though, a near-washboard mid-section appeared. Nice. Until it was time to speak. Or inhale.
About half past the pasta buffet line you began to feel a bit faint. Retreating to the toilet, you hid in a stall, prying and peeling the molded polyurethane from your hot skin. Did it melt? Stuffing the horrid thing in your tiny purse like a wad of silly putty, you continued on through dessert, totally commando, yet completely comfortable as each bulge happily returned to home position.

The extravagant, useless spandex went on to live secretively in the dark depths of your underwear drawer with your black strapless bra. You sometimes think about it – you know it is there, but you can’t possibly donate it. It was expensive! And what if you need it again? Maybe for Halloween?
The time is now. All the California Spanx attended the Oscars Sunday night. There was enough spandex in that venue to keep the moon in orbit. The women of LA are now slowly sobering up to the panicked reality of a Spanx shortage. During the wee morning hours following the awards, as everyone turned back into pumpkins, those perfectly polished Hollywood darlings stuffed their Spanx in the garbage at some fancy after-party or simply sling-shotted their super panties across Hollywood Boulevard. We practical real-life girls could easily turn a buck on Ebay with our barely worn undergarments, now suddenly a commodity. Supply and demand – works like a charm.

I do believe the only female at the Oscars sans Spanx was Angelina Jolie. I really can’t picture her saying, “Brad, does this size double negative zero dress with the hoo-hoo high slit showcasing my thigh bone make my non-butt look fat?” Much has been made about the way she awkwardly struck a pose, thrusting out her skeletor leg while award presenting –  I maintain she was only trying to keep herself upright. She has totally wasted away to the size of a small strange willow twig. Is she starving herself in support of the malnourished Unicef kids in Angola? And was it just me or did her bony leg sparkle a bit like the strange Twilight vampires?