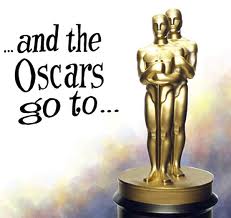 Is it my imagination, or is there an awards show on television about every 23 days? They are exceptionally long and drawn out – about 7 hours if you include all the pre-game-catty-JoanRivers-red-carpet-commentary. But, like Toddlers and Tiaras, someone must be watching to warrant such a prominent prime time broadcasting slot. To name a few, there’s the American Music Awards, Grammys, Latin Grammys, Latin Billboard Grammys, Nickelodeon Kids Choice Awards, Rock and Roll Hall of Fame Induction Awards, MTV Video Music Awards, Country Music Awards, Teen Choice Awards, Academy of Country Music, NAACP Music Awards and Hip Hop Awards. And these are just music award shows. I’m surprised I haven’t won an award, and I haven’t sung since choir at Rivercrest. I was without a doubt the weakest link, but I do believe I could still sing my Sweet Adeline part to “Let a Smile Be Your Umbrella“. And it would be no more odd than the musical expression witnessed on the recent Grammy Awards. I bet Mrs. Brasfield would agree.

I accidentally watched thirty minutes of the Grammys after several of my friends hounded me with texts and Facebook messages, convincing me that I was truly missing something amazing. Maybe I chose the wrong thirty minutes? I recognized not one single person. No names sounded remotely familiar. And within that half hour, not one award was handed out. At one point I was sure I was watching the wrong channel – I even double checked to make sure. Thirty minutes I would never get back. To further add salt to the wound, Doug Henard pointed out that I could have been watching Swamp People instead. I love a good campy horror movie.

Sunday night is Oscar night. It’s the one awards show I semi-watch only if Billy Crystal is hosting. He’s pretty funny. Typically, like the music award shows, I am unfamiliar with the nominated movies, but three years down the road, just knowing the Oscar winners can be helpful standing in front of the Redbox at CVS. 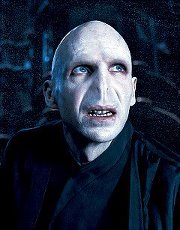 There was a time that I actually made an effort to see at least a few of the nominated films prior to the Academy Awards. Like The English Patient. It seriously should have won the most boring movie EVER award. Yet it won 9 Oscars! John and I considered leaving, but I had a charlie horse in my foot and couldn’t walk. We did make it through the entire movie, watching a burned soldier lie on a stretcher, wrapped like a mummy. Turned out ten years later we discovered that burned patient was The Dark Lord Voldemort, which did not surprise me in the least! Finally, it made sense. 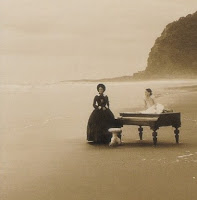 Another butt numbing movie that comes to mind was The Piano. Holly Hunter never looked worse, and she was mute. It stands to reason that a mute lead actor makes for a bit of a boring film. I was mute when I left. It won 3 Oscars and tons of nominations. In 2010, the Best Picture Award went to The Hurt Locker. I refuse to even see it – it just sounds boring.
This year, the nominees for Best Picture along with my totally unscientific odds are:
Best $0.10 Superfecta = The Artist / The Descendants / War Horse / Hugo.  In that order.
It’s post time!
talya
Musical Pairings:
Mary J. Blige, “The Living Proof”
Don Ho, “Tiny Bubbles”