My short memoir, Nana’s Cactus, was recently published in Arkansas Review. Arkansas Review, an Arkansas State University literary journal, is more difficult to find than a regular magazine so you likely haven’t read it. My story is about a cactus and Nana and Elvis and life and death. Although I’m not going to re-print it here, I will give you the back story on the plant itself. 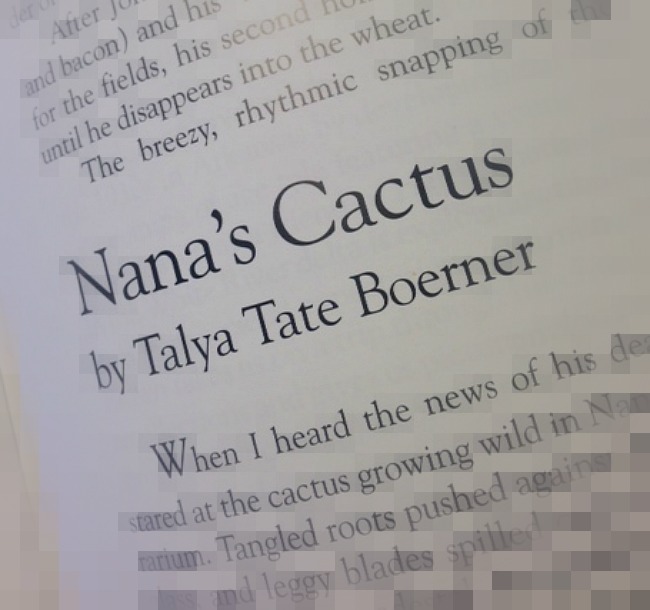 As long as I can remember, Nana’s cactus thrived in a dusty glass terrarium on her carport at the home place. In the mid-1970s when Nana and Papa moved to Keiser, that cactus moved to their new carport in Keiser. Each time we visited Nana and Papa (daily?), we walked by her cactus to get to her back porch. Hundreds of times. The cactus was a tangle of a plant that lived outside no matter the weather. During fall, the blades were often buried in layers of leaves. It spent many winters beneath two or three inches of snow yet always bloomed bright yellow in May.

I took a cutting with me to college. It traveled with me to several apartments in Waco, my first house in Dallas and my last home on Worth Street in Munger Place. Several years ago when it outgrew its largest pot (it’s not the easiest to transplant as you might imagine – see those needles in the picture below!), John planted it in the hottest corner of our Dallas flower bed.

Last week I started over with Nana’s Cactus. I took another small cutting, repotted it and moved it with me to Fayetteville. I think it’s happy to be back in Arkansas. 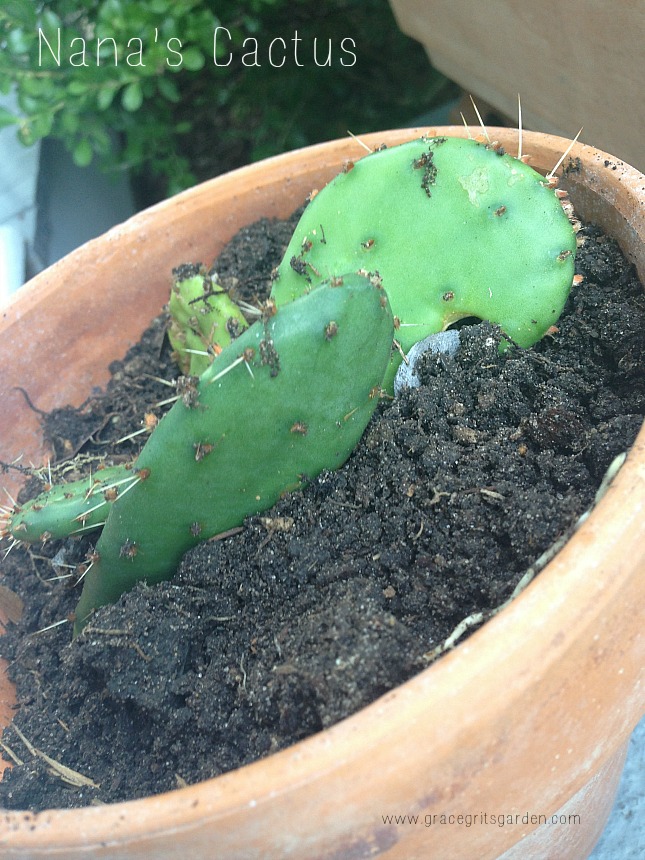 P.S. My sister and Momma have cuttings of Nana’s cactus. Other family members do too. 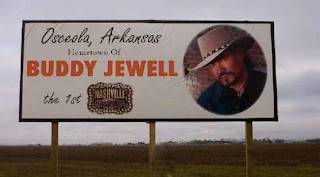 I could have lived in Nashville. I almost had a date with Buddy Jewell, Osceola’s current claim to fame -the FIRST ever Nashville Star winner! Seriously. I have a love note from Buddy Jewell. He passed it to me after my biology class at Arkansas State, the fall of 1980. He had a class in that same classroom immediately following mine. As I walked out, he was sitting there waiting to go inside, actually playing his guitar. Just kinda messing around on it. Clearly, he was meant to be in Nashville.

I didn’t know him that well – he graduated a couple of years before me – from rival high school Osceola. I was a Rivercrest Colt. Anytime we wanted to irritate “our” boys, or just get their attention, we dated a boy from Osceola… It worked pretty well.
The note was folded up very tightly into a little square. Why would Buddy Jewell be handing me a note? I stuck it in my jeans to save for later. In private. In my dorm room. I couldn’t imagine what it was about. Maybe he wanted to hook up with my roommate? After reading it, I was very surprised. Wow, the first Nashville Star! No, wait, I’m getting ahead of myself….
Apparently it was for real, but we never went out. Way too complicated – I was dating Mark Wooten and transferring to Baylor... he was headed to Nashville – someday. Even so, I stuck the note in my bedroom drawer with all my letters and cards and junk – treasures I had collected throughout my life to that point. Years later, my mother called me to tell me that someone from Osceola was on Nashville Star. Nashville Star? Never heard of it…

She said, “I think his name is Jewell…?”

Buddy Jewell? Yeah, I know him! I have a love letter from him.

Later, after Buddy won, I dug it out of that drawer and flaunted it to all of my cousins who were duly impressed. (Always hold on to things like that – you just never know.) 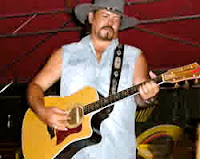 Buddy was handsome – no doubt about it. He looked like Patrick Swayze in Dirty Dancing. And that guitar was hot. He carried it everywhere. Obviously he was headed for bigger things. And he was observant – he certainly recognized that I was a Nashville kinda girl. I could have been.

It was probably those Razorback Red Justin cowboy boots I wore – nearly every day – to classes. After I transferred to Baylor, I traded those in for more appropriate ‘Texas-looking’ boots, bought at The Western Fair in Lott – a quick side trip from Waco. All the Baylor freshmen saved their money to buy boots there – a necessity for the Cotton-Eye Joe which we practiced at the fraternal hall in West. The Western Fair smelled of leather and oil, and Lucchese boots were lined up for blocks and blocks. My new boots were brown – a bit more subdued. I couldn’t very well walk around the Baylor campus in Razorback red – the schools weren’t that chummy. I wish I still had those red Justins.

A couple of years ago, right before Christmas, my friend Becky and I, along with her daughter Christie, planned a girl’s trip to Nashville. This was my first trip to Nashville – very exciting for a girl brought up with Conway Twitty and George Jones. I couldn’t contain myself – all those historical sites – the Grand Ole Opry – wow! – Country Music Hall of Fame – I could cross another item off my bucket list. Becky and Christie, on the other hand, seemed to be a bit more interested in visiting all the Nashville malls. We went to at least 3 malls and purchased NOTHING. Only a week before Christmas, parking was horrendous and Christie was determined to park by the front door – very odd for someone with a dedicated workout practice who eats only paleo….
Unless it’s a bookstore or nursery, I don’t like to shop. Secondly, I live in Dallas, 5 minutes from the power of Northpark Mall, with 1.9 million square feet of gross leasable area. It’s probably one of the top 5 malls in the nation based on sales per square foot. Northpark has everything. It’s an incredible place, and I try my best to avoid it at all costs. Becky and Christie were understandably bored with Jonesboro’s retail options – the city only recently got its first escalator.

Becky’s primary goal on this trip was to spot Keith Urban, preferably without Nicole. Honestly, I thought our chances of spotting Keith lunching at Panera on baked potato soup were slim. But we looked. I’m not sure Becky even ate.

We did shop and sightsee – something for everyone… We even worked in a line dance lesson. The absolute highlight for me was seeing Porter Wagoner’s rhinestone jacket and Bocephus’ boots! Buddy Jewell’s college guitar wasn’t exhibited at the Hall of Fame yet, but maybe in time. I don’t remember if any Keith artifacts were there, but I’m sure Becky knows. 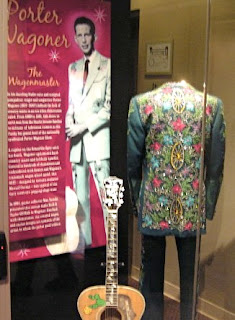