Seriously, you’d think I lounged around watching television all the live-long month of October based on the smattering of book reviews I bring you. (And so far, November may turn out to be even less.)

BUT here we are, one week before Thanksgiving, and I am finally doing a wrap-up of my book reviews for October. I hope you find another book to add to your to-read pile. 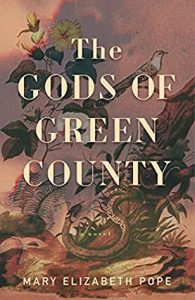 During the drought of ’29, Buddy Harper is shot and killed on Main Street in Paradise, Arkansas, by sheriff Wiley Slocum. Twenty years later, Buddy’s younger sister, Coralee, who never quite recovered from her brother’s death (and rightfully so!), is thought to be insane. This southern gothic story by Mary Elizabeth Pope brings to life one small town’s tragedy and the web of lies woven to hide the truth. Compelling and well-written with memorable characters! I especially loved Coralee.

Thank you Green County Library (Paragould, Ar) for gifting this book to me. 🌟🌟🌟🌟💫 Lordy. I checked this book out from the library one afternoon, started it around 3 pm and finished it the next morning. With a bit of a Talented Mr. Ripley vibe, Unraveling Oliver was unputdownable for me. Oliver (a Tom Riddle-like character) is an orphan who is dark, moody, and handsome. The structure of the story is rather interesting—written in 1st person, each chapter is told from a different character’s POV, in narrative style, almost like a police report—”just the facts ma’am”—with each person slowly revealing his or her relationship to Oliver.

The pacing is good.
The tone is sufficiently suspenseful.
Yes, I’ll be reading Nugent’s next book, Strange Sally Diamond, the moment it launches. 🌟🌟🌟🌟🌟

Favorite Quote: Truth can cause more pain than lies, I think. Some secrets are best left as secrets. 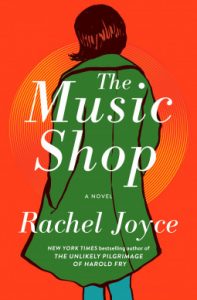 In 1988, Frank owns a shabby little music shop in a quiet alley. Even though the wider world has pivoted to more modern 8-tracks and cassettes, Frank refuses to follow suit; beloved vinyl crams the shelves of his shop. (Eight-tracks and cassettes are trashy stuff! in his opinion.) Even though business is slow, Frank has a real talent for selecting the exact music for each customer, music that will heal whatever ails.

One day when a stranger—later identified as Ilsa Brauchmann—faints on the sidewalk outside the music shop, Frank’s entire life is upended in a love-at-fight-sight sort of way. Later, when Ilsa asks Frank to teach her all about music, he reluctantly agrees. As these two misfits begin meeting for music lessons, both learn about the healing power of music and forgiveness.

Quirky and nostalgic, The Music Shop is a quiet story. While it probably isn’t for a reader in the mood for plot-driven action, it has a certain sweet charm.

Favorite quote: Silence was where the magic happened. Billy Lowe is the star high school football player in Denton, Arkansas. He comes from the white-trashiest family in town, and with an abusive step-father, it’s no wonder Billy has anger issues. Coach Powers was fired from his last job in California, so he is determined to do a good job as the newly hired head coach of the Denton team. And because of this, he has a dilemma when it comes to Billy. Overlook his anger and bad behavior? The team won’t win the playoff game without him.

While this story sounds like a typical Friday Night Lights tale, it is much, much more. Don’t Know Tough is dark and mean and, well, tough as rawhide. It certainly isn’t a feel-good story in any sense of the idea. Just know this going in.

One thing’s for sure—Eli Cranor can write. And sometimes the stories that need to be told are sin-dark. 🌟🌟🌟🌟🌟

Favorite Quote: The boys gather around their coach. They’re breathing heavy, pupils big and black like drops of ink, a high they’ll try and return to the rest of their lives.