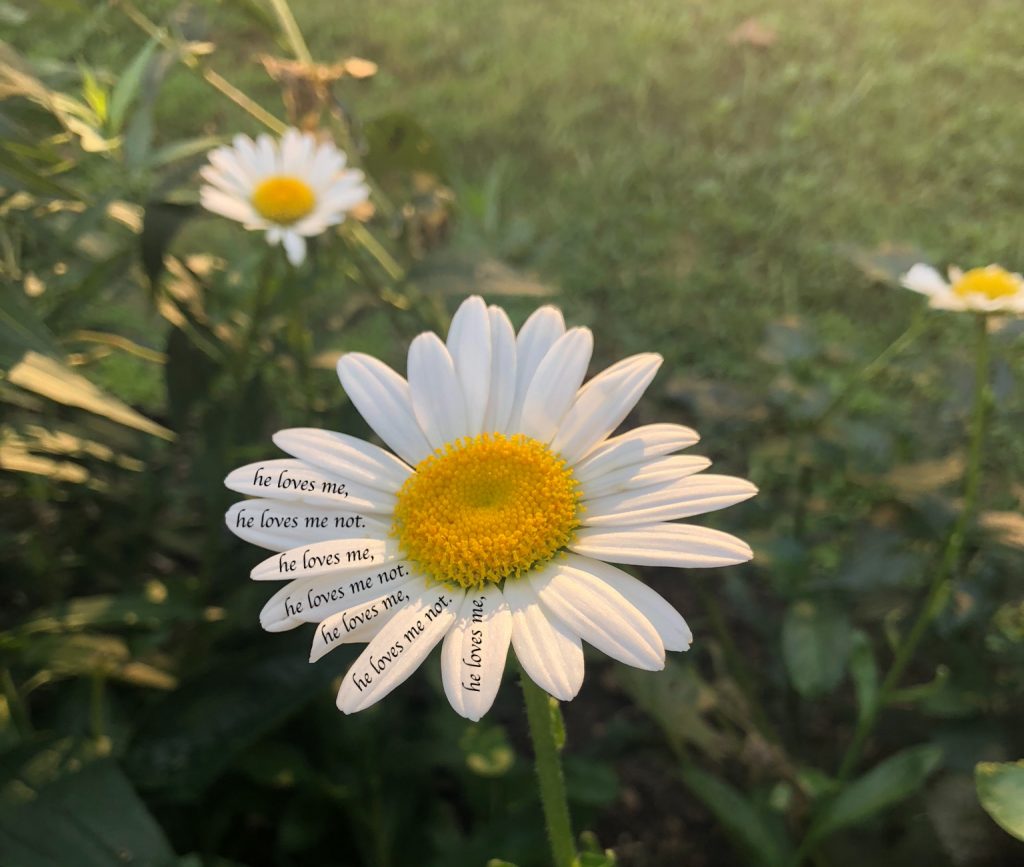 When I was a young girl, my friends and I often plucked the petals of daisy-like flowers, hoping the final petal coincided with he loves me.

But… what if the last petal announced the wrong outcome? We plucked another flower and started over, of course.

It’s funny to think back on it. Especially since as fifth graders flitting and skipping around during recess, we had no idea who “he” was. Certainly he couldn’t be one of the boys in class. Gross. #cooties

He loves me, he loves me not…

Since tomorrow is Valentine’s Day and I’ve been in a super-early spring gardening mood (thinking about flowers and all), I did a little research about this verse. Technically, He Loves Me is a couplet—two lines, usually in the same meter and joined by rhyme. And the daisy, symbolic for purity and innocence, is often found in literature and mythology.

I wonder how many petals have been plucked in the name of love?

Today, I wouldn’t dream of pulling the petals from a beautiful daisy. I already know the answer to the question, so maybe that plays into my feelings about never deflowering a flower?

According to the blog TreasuryIslands, author Malcolm Jones (in his book The Secret Middle Ages) dates the first printing of the “The Daisy Oracle” as 1471, when Augsburg nun and scribe Clara Hätzlerin included it in her Liederhandschrift (songbook).

That’s many, many moons ago, and history isn’t my strong suit. When I think of the 1400s, all that comes to mind is the Renaissance, Christopher Columbus, and the War of the Roses.

Thank goodness for the Googler.

He Loves Me Artwork 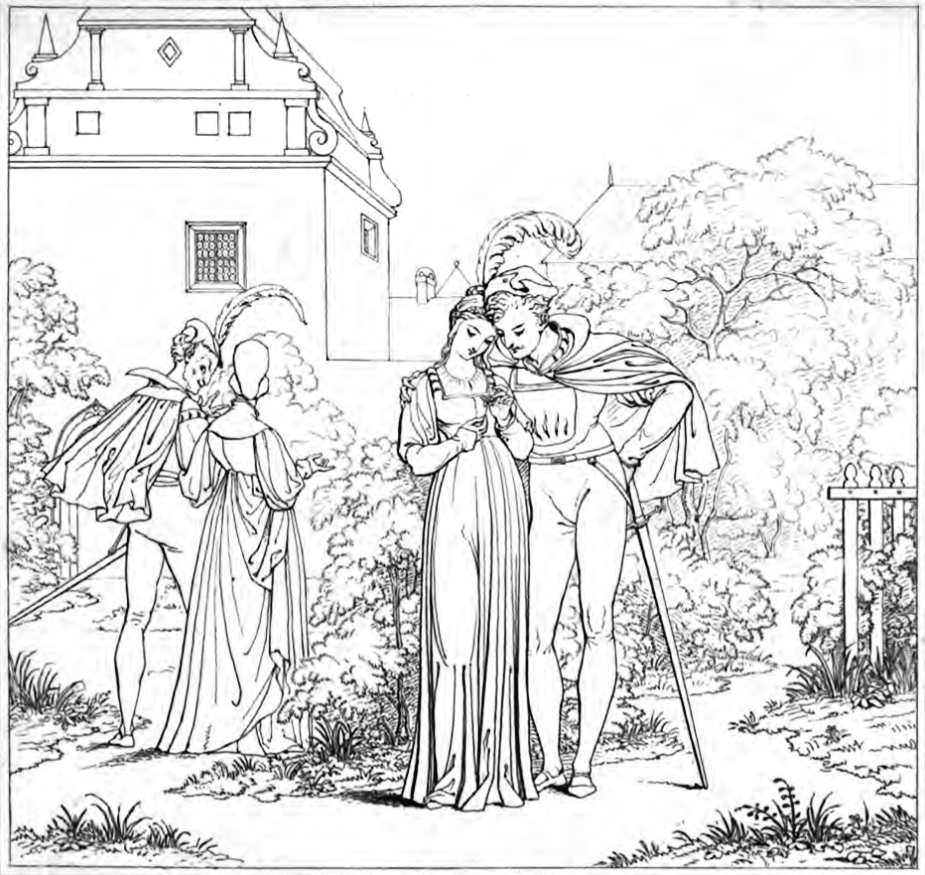 If the object of her affection is the fancy guy leaning into her, she doesn’t need a daisy to clarify things. She’s ruining a perfectly good rose. Folklore tells us the daisy is the way to go.

“But sister! Don’t you know that marriage will cut your rights in half and double your duties?”  (semi-quote from Little Women)

Obviously the idea of daisy divination has been around for ages, even providing inspiration for classic artwork.

As for the fifth grade playground girls, later we moved on to paper Chinese Fortune Tellers. And still later, the all-knowing Magic 8 Ball became our go-to truth-teller. It’s true; we had lots of pressing questions that grew more detailed with each passing year. But for questions of love, the petals of a daisy always revealed the true answer.