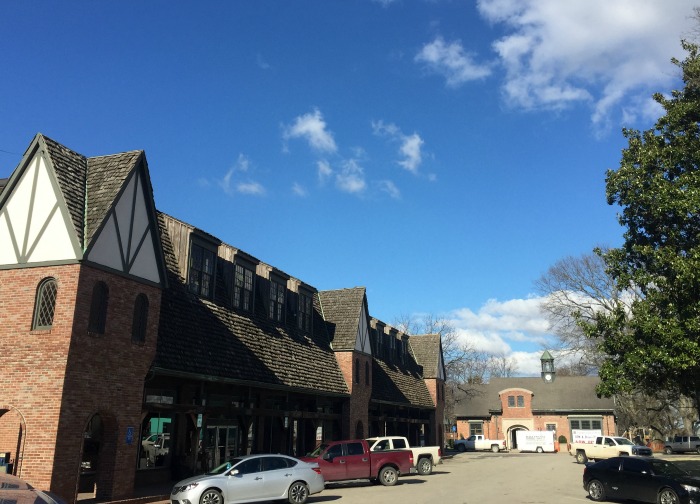 (This post is sponsored by Designsensory, Inc. Opinions are my own.)

I’ve been thinking about how geography shapes a place. Not only the physical landscape, which often determines the direction a town grows (nestled within a valley or spread across the flat prairie), but also the way geography shapes the culture of a place. Over time, geographic location has certainly played a significant role in the culture of Wilson, Arkansas. From Mississippi River swampland to cotton empire to Delta town of the present, Wilson is distinctive in part because of the very landscape surrounding it. 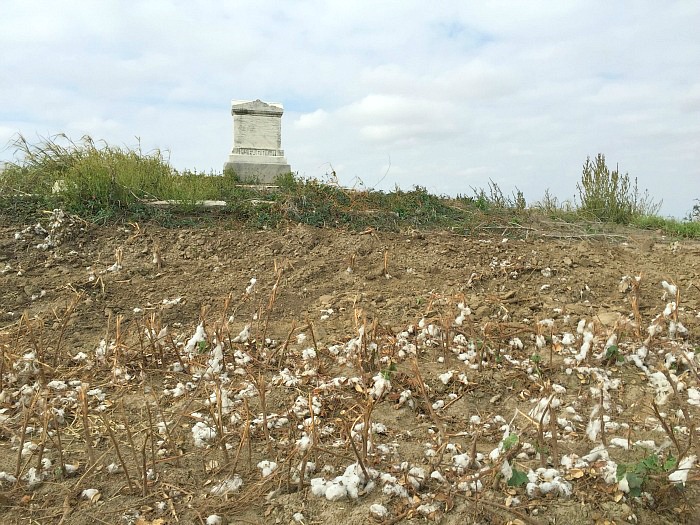 If a highway can affect culture, Highway 61 has certainly played a role in the small towns scattered throughout the Delta. Also known as the Great River Road, this American byway passes through downtown Wilson, paving the area in blues history. Many of our country’s greatest musicians played juke joints all throughout northeast Arkansas including a few miles north in Osceola and south to Twist.

B. B. King christened his guitar Lucille in Twist after a fight over a woman and a fire that left its mark in Delta history.

There’s no denying the Delta has long been a hotbed of passion and inspiration. My theory? The rural, pancake-flat landscape of northeast Arkansas lends itself to creativity. When one lives in a setting pulled straight from the pages of a Flannery O’Conner novel, the mind is free to wander and dream with no boundaries. 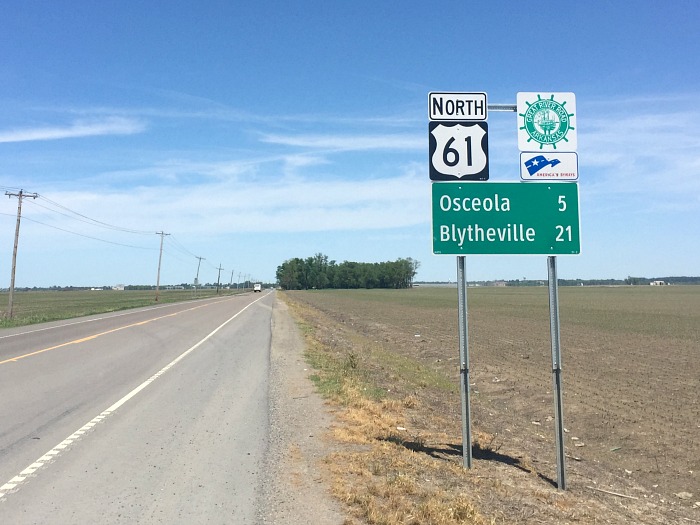 As the saying goes, there’s proof in the pudding. Today, Wilson, Arkansas pays homage to the area’s unique musical ties with its bimonthly Wilson Music Series featuring local, regional, and national artists. The venues—The Grange or Wildwood Mansion located at The Delta School—are truly impressive. The talent is on par with that of a much larger city. Recently, John Oates (of Hall & Oates) performed to a packed crowd. The Mississippi River serves as the keeper of river folklore and tales more true than tall. The levee, parallel to the Great River Road, provides the only nearby rise in the landscape, ensuring not only flood control, but also marking the boundary of natural areas, protecting plentiful hunting, and facilitating sledding in winter.

Once wild and untamed, Ole Man River is now forced along at a more controlled pace. Even so, he is powerful still, revealing islands and sandbars to riverboat captains pushing barges in the black night and creating swimming and hidey holes known only to locals who call the area home. Perhaps Mark Twain understood the nature of the Mississippi better than anyone. “The face of the water, in time, became a wonderful book—a book that was a dead language to the uneducated passenger, but which told its mind to me without reserve, delivering its most cherished secrets as clearly as if it uttered them with a voice. And it was not a book to be read once and thrown aside, for it had a new story to tell every day.” Whether your Upper Arkansas Delta road trip is limited to a few quick hours or stretched into several leisurely days of exploration, be sure to spend time with the Ole Man himself. A local can likely show you a secret pathway to the water’s edge, otherwise for the most stunning, unobstructed view, head eight miles up the Great River Road to Sans Souci Landing. This historic area, once home to the 10,000 acre Sans Souci Plantation, served as a Union hospital during the Civil War and was the site of the Battle of Plum Point Bend. Today, you can enjoy a picnic under covered pavilions, dip your toes in the cold water (if you dare), and watch barges move along.

Sans Souci means “no worries” or “without care” in French. Aptly named, don’t you agree?

Long before blues greats traveled Highway 61, before Twain piloted a riverboat on the Mississippi, Native Americans occupied the area. Since 1961, the Hampson Archeological Museum State Park has been a Wilson landmark, showcasing artifacts excavated in the 1920s from nearby landowner James K. Hampson’s farm. Dig sites are known as Upper and Middle Nodena.

I dare say from the time the museum doors opened, every Northeast Arkansas school student has filed through the tiny box-like building at least once, peering at ancient pottery and leaving smudged fingerprints on the glass separating fourth graders from the world’s most extraordinary collection of Late Mississippian Period Native American artifacts (A.D. 1400 – 1650). When you grow up near something so significant, it’s easy to forget how remarkable it is.

Soon, we will be reminded in a big way.

In 2016, ground broke on a state-of-the-art home for the Hampson Archeological Museum. The new space will be much larger, much more accommodating and deserving of the Nodena collection. According to Wilson Mayor Becton Bell, the museum groundbreaking marked the first new construction on the Wilson town square in fifty-seven years. The even bigger news: since the site’s discovery, folks have only glimpsed a tiny fraction of the Hampson collection. The original building was never large enough to contain the massive artifacts unearthed at Nodena.

The new Hampson Archeological Museum, scheduled for completion Fall 2017, is sure to garner world-wide attention from history buffs, educators, and yes, those of us with fond field trip memories.

Consider the Art and Agriculture. 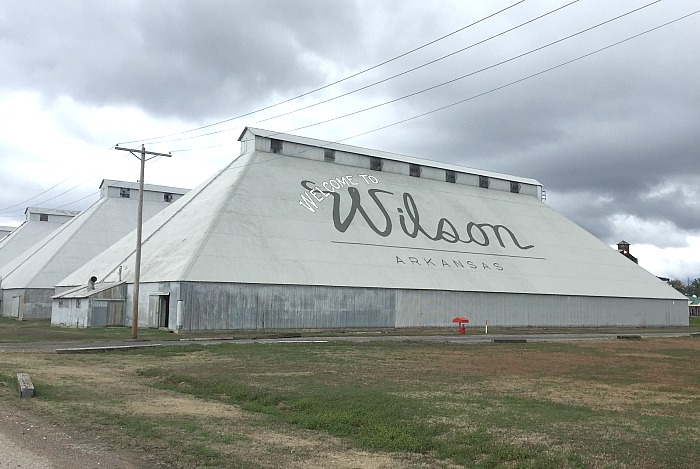 From the ground up, the heart of Wilson continues to center around farming and gardening and toiling the soil. This common theme is woven like cotton fibers through the town’s history, from the time of the Nodena Native Americans to today’s fifth generation Wilson farmers. Agriculture is Arkansas’ largest industry adding $16 billion to the state’s economy (Arkansas Farm Bureau). And much of the state’s agribusiness power is generated in northeast Arkansas. Again, thanks to geography of place, Wilson is located within the Mississippi River alluvial plain offering some of the most fertile land in the world.

Coming soon to the Wilson town square—a visitor center of sorts. This flex space will help guide visitors and provide historical context on the town and surrounding agricultural area.

If you’ve seen a fiery sun sink into a freshly plowed field or watched morning come above a rice field, you know in addition to a multi billion dollar business, Delta fields are magnificent works of art, leveled and irrigated with scientific precision. Ask any farmer around and he’ll talk a blue streak about soil mapping and field slope. (Fair warning: Don’t ask if you don’t have time to spare.)

Wilson boasts art beyond agriculture and nature, too.

In addition to an industrial art installation next to the original Lee Wilson & Company Cotton Gin, plans are underway for an artist residency program. Once the hub of industry in town, the historic gin building will become a new gathering place for artists and art lovers who are invited to spend time in Wilson responding to the landscape, people, and culture.

I recently spoke to Chef Joe Cartwright about leaving Memphis to make his home in Wilson, Arkansas. Cartwright, who heads up the newly reopened and reinvented Wilson Cafe, described his decision as a rather simple one. “The risk for me,” he said, “would have been saying no to the job and not coming to Wilson. I wanted to be part of something special.” 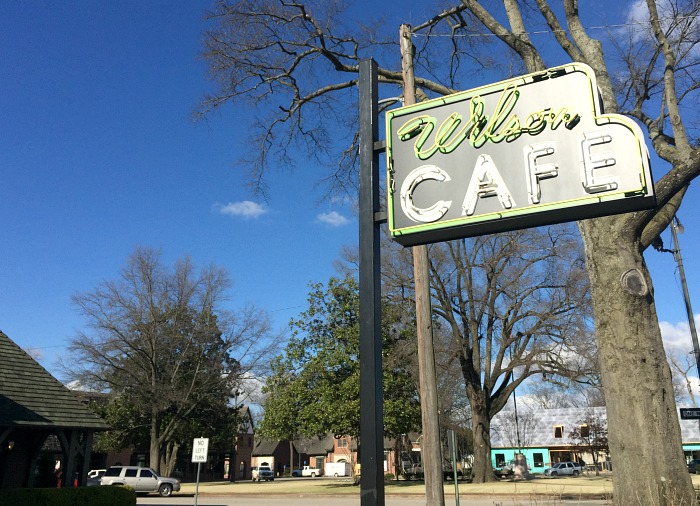 Something special and uncommon—that’s the perfect way to describe what’s happening in Wilson, Arkansas. More than a century after Robert E. Lee Wilson claimed his birthright in the swampy wetlands, cleared timber, and planted his first cotton crop, geography continues to intersect with change and growth providing Wilson a unique presence in the Delta.

With so much to offer and even more opportunity ahead, stay abreast of all the news by becoming an email subscriber HERE. For additional information about the cafe, read Dining with Debbie’s post HERE.