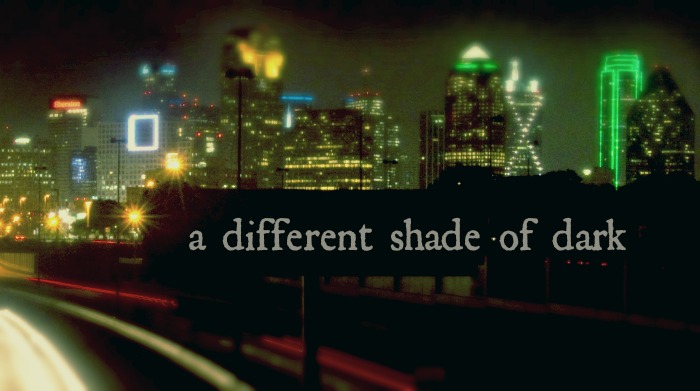 Do you remember how you felt on September 11? I do. Afraid. Panicked. Sad. Worried for my children. I literally expected the sky to fall around me. BUT, the Dallas sniper attack on Thursday night represents a different shade of dark. It feels like the worst sort of bad.

To me, when Americans attack Americans on American soil, we’ve reached bottom.

And the attack was on our protectors.

During the events of September 11, we pulled together as a country. We were proud and united and One. Today, as terrorists continue to plot behind the scenes, we fight among ourselves. Watch us scatter and divide and crumble without outside help…

Dallas was my home longer than any place else. It was my Emerald City, huge and relevant, the place I lived and got married and raised a family and made so many great friends—black, white, brown, rainbow-colored, why does it matter what color? I worked downtown. My children attended school downtown. My friends include Dallas police officers and spouses of police officers.

This feels like the tipping point. We are in trouble.

We have to be better and do better and learn to think rationally and be willing to compromise and listen to one another and act with civility even when we disagree.

I don’t want black people to be shot at routine traffic stops. I don’t want police officers to be gunned down while keeping peace. I don’t know how to keep any of this from happening, but I will reflect and pray and continue to abhor racism and respect police officers.

How do we sooth the hurt and move forward?