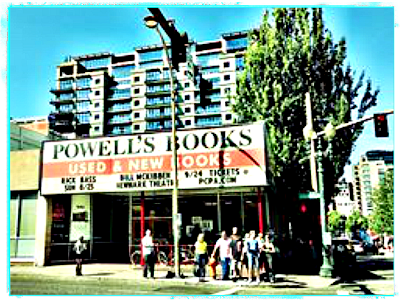 Saturday we landed in Portland met up with our friends Craig and Lori and headed straight to Powell Books.
Powell Books, the largest independent bookstore in the world, was the first thing on my Portland ‘must-see’ list. John jumped on board—he’s a book addict too.

Craig and Lori graciously humored us.

Rooms and tunnels and passageways and nooks were crammed with new and used volumes spreading an entire city block. The throng of shoppers made staying together difficult, so we separated knowing eventually we would hook back up. 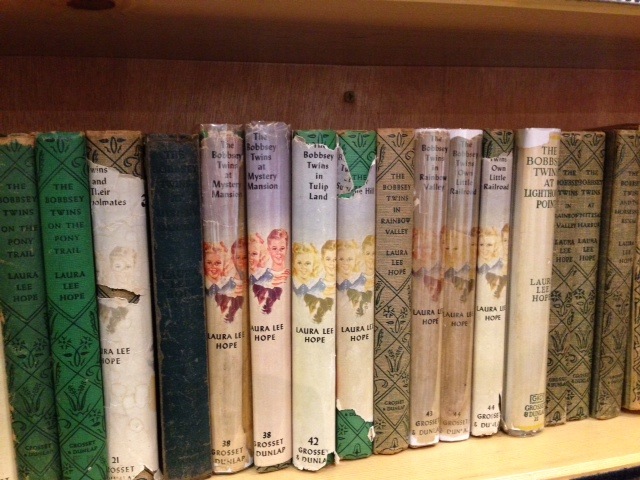 I became lost in Literature. 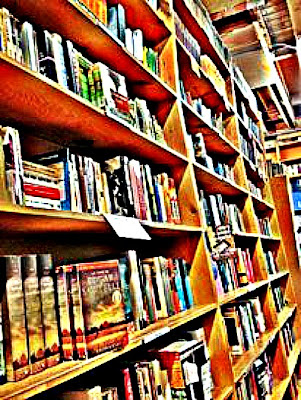 I stood in awe, absorbed within a million worlds. Walking between walls of every-colored books, I touched the spines, some brittle and ancient, some slick and new. I could have lingered two days but exercised extreme self-control and bought only one book. (Where’d You Go Bernadette—it’s on my book wine club list.)
John disappeared into Fiction in search of Donald Harrington books. He feels compelled to give every un-purchased copy of Choiring of the Trees a new home, and I love that about him.

Craig and Lori escaped to a bar around the corner.