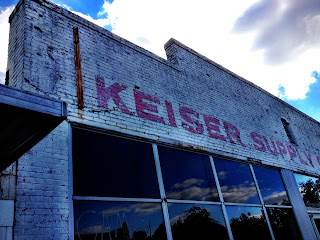 My hometown looked like every other small southern town with a looming water tower, a cafe serving homemade chocolate pies, and a two pump gas station where hometown boys gathered, telling tall tales and waving to those who slowed at the four-way stop.
But Keiser was different.
Each day between Gryner wall and Keiser Junior High, the town bore witness to a Wild, Wild West re-enactment provided by her own resident, Howard Ray Dawson.

Howard Ray, a grown man who never aged, served as the town’s mascot. Each day no matter the weather, he galloped in on his beloved Trigger through a cloud of dust to the middle of Main Street. 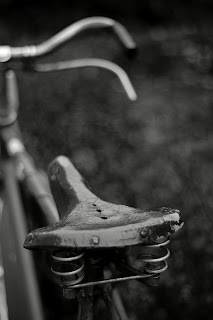 Howard Ray’s daily western show often stopped traffic and school children, all who were friends, all who cheered his zest for life. 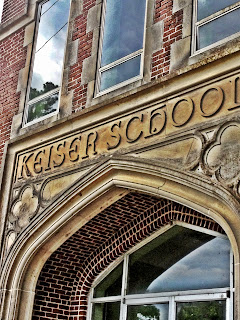 When Trigger was hit by a car and Howard Ray ended up in the hospital, the town rallied. The Graham family paid extra for him to have a television in his hospital room. Someone bought him a new horse. Everyone visited him in the hospital.

Abraham Lincoln said, “Whatever you are, be the best one.” Howard Ray was special in many ways. And he was the best cowboy to ever come out of Keiser, Arkansas. His enthusiastic spirit still lingers.

talya
Musical Pairing:
The Good The Bad The Ugly