When I drew pay at the bank, the President and I kept an ongoing list of phrases and words that needed to be ixednay asap. We were so over it.  I hope he is still keeping the list going. I know it’s still in his head. Many of these annoying words are used primarily in everyday conversation, when Facebooking or text messaging. LOL they are smooth worn out.
Whitney looked terrible at that party, just saying. Just saying? Just saying what? Exactly what is the point of these two words tacked on the end of a sentence? These two words change the meaning – it’s a bit of a pot-stirrer phrase. The sentence is insinuating and must be spoken with a cocked eyebrow. Whitney looked terrible at that party, just saying (…I think she was drugged out of her head). Also it reminds me a bit of Yoda-speak? Terrible at the party Whitney looked, just saying.


Anything with Obama used as a prefix needs to go – hopefully by the next election – Obamaland, Obamamama, Obamanation, Obamayomama, Obamalicious.
Today for something to be politically correct it must be green. Green living, Green building, Green clothing, Green Obamacare, Green eggs. Slap the word green in front, and it is like super awesome! Greengreengreen! Like, it is so cool to be green. Like, whatever. OMG, like was he for real? And then I was like, ROTFLMAO! No way? Way! Like duh! I know! Like, whatever! Seriously. Like for real.
And, thinking outside the box. What’s wrong with being inside the box? I would not, could not, in a box or with a fox. My bad! Your bad what? Your bad grammar? 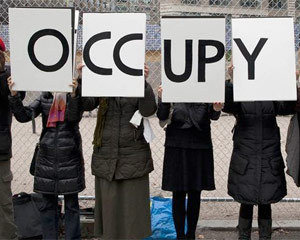 In the BIG-bidness world, there are many obnoxious phrases that need to, like, totally disappear.
“When you pencil it out with the major players going dark, the hard corner would be cash neutral even with ground up construction. Let’s drill down and revisit these mission critical actionable items in next week’s focus group maintaining full transparency, of course.” Totally. Huh?
At the end of the day, this makes me want to puke. Seriously, just saying.
talya