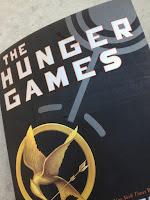 Am I the only person who hasn’t read The Hunger Games? I am so out of the loop on this book. The movie, opening this month, stars Jennifer Lawrence who was fantastic in Winter’s Bone – a great movie even though it hit a bit too close to home…  I don’t know much about the storyline or the plot, but The Hunger Games is first in a series which peaks my interest. Who doesn’t love a good series? I so miss Harry Potter and Hagrid and Professor Dumbledore. Don’t you wonder what the Weasleys have been doing with themselves?

Based on the tiny bit I’ve heard about the book, it reminds me of Shirley Jackson’s short story “The Lottery”, which I read in Mrs. Ashley’s 7th grade English class. Mrs. Ashley was one of those life-changing teachers, introducing me to exciting new authors and clearly explaining the difference between to, too and two. Reading the short story, the class was fascinated to discover the twists and turns of the tale. The villagers offered up a human sacrifice each June to ensure a bountiful harvest. It was an annual event, a civic duty, like voting! Hmmmm, the setting was a small farm village, just like Keiser… The unfortunate ‘winner’, chosen at random by a crude lottery, was stoned to death by friends and family. Even the kids made a game of choosing the largest stones – stones they could barely lift. It was riveting in a horrifying sort of way. It made an impression on junior high students who thrived on scary movies, and the parallels were eerie. Could this ever happen in our bucolic farming community… The farmers would probably cut off an arm for a good crop. Mrs. Ashley assured us that would never happen, but I wasn’t so sure. I knew a lot of interesting farmers. I lived with one.

Even the final storyline in Dark Shadows – scariest soap opera ever (which I realize is redundant) – was based on “The Lottery”. That’s how creepy it was. Will a lottery be celebrated in The Hunger Games? And I’m guessing the protagonists are hungry? Perhaps there is no food in their world? Or they must compete for food? A bit of a reality-show-fight-to-the-death-game? Lord knows we all apparently LOVE reality television shows. Like The Biggest Loser where the starved contestants are forced to survive on air, water and nasty sugar free gum. Is Jillian in this book? She annoys me. 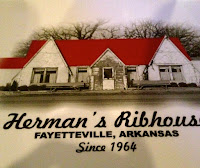 I’m dedicating this week to my own hunger game. After eating our way through Fayetteville last weekend with slabs of delicious ribs at Herman’s and yummy gooey pizza at Geraldi’s, I have declared a one week detox game. Rules of the game: eat only veggies, fruit, beans, rice and drink green tea and water. No wine at least until Friday night’s porch party. Last night’s dinner consisted of a basic green cheese-less salad with roasted okra and brown rice. It was a nice change, although my stomach is growling in protest as I type.
I bought a copy of The Hunger Games at Target yesterday morning along with celery and lettuce. I’m excited to read it. If its half as good as  any of the Harry Potter books, I’ll be thrilled. I’m optimistic it will at least keep my wandering mind off my hunger pains. Let the games begin!
talya

“Be a good sport, Tessie….we all took the same chance.”  (The Lottery)

“At last darkness has come…I might have loved you, I might have spared you, but now you must die.” Barnabas Collins, Dark Shadows