Last week Dallas was aerial bombed for mosquitoes. The survivors hid in the shady shrubs around Harry’s porch, waiting for late afternoon happy hour. Immediately, like a swarm of famished locusts, they ate me alive, oblivious to the fog of bug spray around me.West Nile-carrying blood suckers. 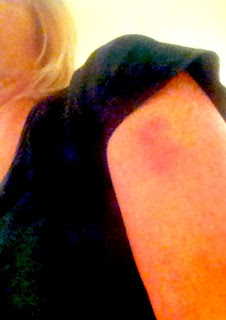 Two days later, a bite appeared on my arm. Itchy and burning, in the shape of a half dollar. Spider bite? Poison ivy?  Mange? West Nile rash? My head pounded. I could feel the encephalitus growing in my skull, spreading down my spinal cord.
Three days later, I sought medical advice from my Facebook friends, my lifeline. Like polling the audience on Who Wants to Be a Millionaire. The audience is always right. One friend suggested a hot slice of onion placed on the spider bite to draw out the poison. Another accommodating friend offered to suck the poison from my body after slicing my arm with his pocket knife.
Since I was pretty sure it wasn’t a snake bite, I opted for the onion remedy.
Four days later, drinking wine and watching The Help with my sister-in-law, I applied a hot compress of stinky white onion to my arm, reheating slices over and over, nearly burning my arm. By the time I left her house, my arm smelled pungent, but looked much, much better. Of course maybe the perceived improvement was directly correlated to the wine consumed.
Yesterday, my spider bite had oddly spread to the back of my arm. It felt scorched and fevered. Maybe due to the broiling onion? Weak and lethargic, I opted for lunch as food makes everything better. As I ate alone feeling slightly pitiful, into Panera strolled a handsome man in scrubs. Heaven sent with a turkey panini and iced coffee, he sat right beside me, clearly drawn to me by my unspoken medical needs.
Me: “Excuse me, are you a doctor?”
Scrubs: “No, I work at a lab.”
Me: “Good enough. Do you think this is a spider bite?” flashing my swollen arm at him…
Scrubs: Taken aback. “Maybe. You should have that checked out.”
He gulped his food and quickly exited.
OK FINE.
I found a walk-in-doc-in-the-box near my house. Inside, a witch doctor straight from the swamps of Louisiana. Very blunt and no-nonsense, a she-devil with extra-stringy extra-long gray hair. No smiling allowed. She skipped the bedside manner class in sorceress school.  Marie Laveau. 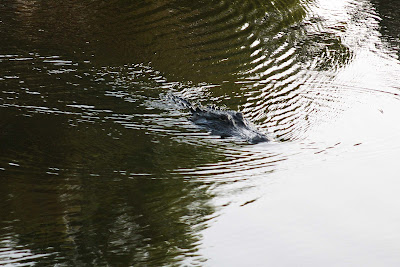 Me: “I thought this was a spider bite but it has spread. Now I’m pretty sure I have West Nile. I’m from Dallas. It’s bad there. The West Nile, not Dallas.” I was rambling. Voodoo makes me nervous.
Marie: “You have shingles.”
Me: “Really?”
Marie: “Yes. Now tell me what you know about shingles.” Oh great, a test.
So I rattled off what I know and made a C+. With black eyes boring into me she spoke seriously, scribbled out a prescription, I escaped, she hid back underneath her moss covered rock. I never told her about the onion.
talya
Musical Pairing: