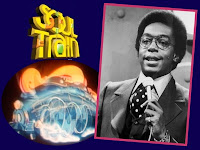 
Say it ain’t so! Don Cornelius, conductor of Soul Train, the ‘hippest trip in America’, DEAD? From a gunshot wound to the head? Self-inflicted? And on the first day of Black History Month? Oh the humanity.

Daisy Mae introduced us to Soul Train in the early 1970s. She babysat my little sister and me nearly every Saturday night. She was our Aibileen, one of the principal characters in Kathryn Stockett’s, The Help. Daisy was nurturing and funny and sassy, but that’s where the similarities to the book ended. I don’t know about Mississippi, but in Arkansas, at our house, Daisy was plenty welcome to use our cramped, avocado green bathroom. She was one of our family. She came to our house every Saturday night right after Hee Haw and stayed until after we dozed off. Those few hours, once a week, ushered in a groove factor completely new and exciting to two little white girls on a farm in Arkansas.


As kids, we LOVED to perform. We were destined to be famous entertainers like Sonny and Cher. Daisy, our biggest fan and captive audience, sat trapped in our bedroom for hours on end, patiently watching our gig du jour – a cappella musical performances complete with costumes and lipstick, skits we had written, and re-enactments of Frog and Toad Together. We specialized in Tony Orlando and Dawn songs. I was always Tony Orlando. Apparently I was totally comfortable with cross-dressing… We ran around the orange shagged carpeted bedroom singing “Tie A Yellow Ribbon”. Daisy clapped enthusiastically. Daisy was a SAINT.

Growing worried about our future and no doubt extremely tired of Tony Orlando and Dawn, she took us under her sympathetic wing, refocused our attention while we were still impressionable, and saved us from a life of total and complete embarrassment. Late one night, in early 1972, Daisy introduced us to Don Cornelius and Soul Train. Desperately in need of actual entertainment, we were immediately hooked/saved. She schooled us in the proper way to announce, “SOOOOOOOOOUL TRAAAAAIN!” mimicking Mr. Cornelius’ high-pitched, drawn-out words, keeping us engaged so we would not relapse into another bad rendition of Donny and Marie.

This quickly became our Saturday night tradition. Daisy and Mr. C changed the beat and pulse in our house. She opened our eyes to a different type of music. Each week we eagerly studied the TV Guide like a horse racing program, excited to see who was appearing on the next show. We met Marvin Gaye and Barry White, who sang THE sexiest song ever. Oh, the way he talked at the beginning, “We got it together, didn’t we?” Smoking Hot Monkey Love Music. Mr. White knew he didn’t have to put Lil’ or P in front of his name to get and keep my attention. And ‘oh girl’ we laughed and danced and to The Chi-Lites and sang with Kool & the Gang. We sat in the den each Saturday night with a bowl of jiffy pop, waiting for the show to begin. And when it did, we all stood (including Daisy of course) and yelled “SOOOOOOOOOUL TRAAAAAIN!” together, with Mr. Cornelius, as loud and spirited as possible. Then we fell out on the shag carpet laughing. It was way more exciting than boring, stale, square American Band Stand. I felt sorry for plain vanilla, white toast, Dick Clark. Did he even know about Soul Train?

BUT, we were NOT allowed to watch Soul Train if Sammy Davis, Jr., was appearing. Daisy despised Sammy Davis, Jr. She crumpled her nose and made a face with just the mention of his name. His fake eye creeped her out and, in Daisy’s opinion, he couldn’t sing or dance “no better than her Old Pair of Pants!” (aka her husband). BestNicknameEver. So we never watched if Sammy Davis, Jr., was scheduled. She would rather listen to us sing “Knock Three Times” – that’s how much she hated Sammy Davis, Jr. Occasionally, just for fun, we played “The Candy Man” on our record player, to see her hilarious reaction. 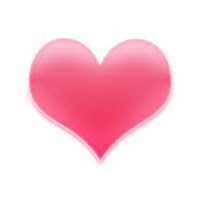 Years later, whenever we went home to Arkansas for a visit, Daisy was to first to stop by to see us, running up the driveway squealing, “There’s my B-AAAAAA-B-IEEEEEEES!,” and giving us big, warm, bear hugs. She had a large family with lots of babies of her own, but she always called us her white babies. And she was our black momma. And, she said B-AAAAAA-B-IEEEEEEES just like Don Cornelius announced “Soul Train”.
Daisy died a little over a year ago. I know she is missed by many, many people, including her two white babies. She was Kind. She was Smart. She was VERY Important.
“They say it’s like true love, good help. You only get one in a lifetime.”
― Kathryn Stockett, The Help
RIP Don Cornelius and Daisy Mae Stevenson 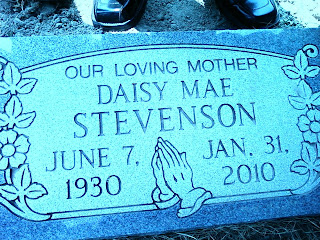 Musical Pairings:
You’re the First, the Last, My Everything, Barry White