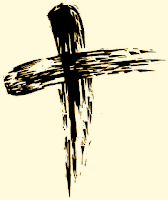 I’ve been thinking a lot about what to give up for Lent. In prior years, I’ve given up meat and cheese – not at the same time. Kelsey gave up meat for Lent one year in junior high and never ate it again. And NO, it doesn’t count if you give up something you hate, like liver or abdominal crunches. And you can’t give up something you don’t do anyway, such as ironing. I do not iron – not very often anyway. I don’t see the need.
You may not observe Lent – not everyone does. Or you may choose to simply ignore Lent. But you can’t give up Lent for Lent. The purpose is sacrifice and self-denial. According to the Gospels, Jesus spent forty days and forty nights fasting somewhere in the desert near the Jordan River, where he was tempted by Satan – beginning right after Fat Tuesday and ending on the Holy Thursday before Easter Sunday. Regardless what you believe or don’t believe, it likely wouldn’t hurt most of us to fast for a while, especially after all that King Cake, which followed all that Valentine’s candy, which followed all that Christmas candy, which followed all that Halloween candy…
Some people take something on for Lent – like volunteering or meditating or picking up trash in the neighborhood. I suppose I could take on ironing?
After careful consideration, I’ve decided to give up sweets. Desserts of all kinds. This will be difficult. It won’t be that hard for forty days, but the forty nights will be killer. Forty nights of television with not even a spoonful of Cherry Garcia or Chunky Monkey… What will happen to my box of Blue Bell ice cream sandwiches? Will they still be good on Good Friday? Or will John have eaten them by then? There is a big bowl of Hershey Kisses on the piano that I walk by forty times a day. And, I love to bake. No baking for forty days.
I have 8 boxes of girl scout cookies to eat tonight.
Happy Extra-Fat Tuesday!
Grace Grits and Gardening
Musical Pairing:
Louis Armstrong, When The Saints Go Marching In