I have exciting news! So exciting that I’m using an explanation point right off which I rarely do. Yesterday I became an official Arkansas resident again. Totally legit because I went through the process of proving my identity to re-gain a shiny new Arkansas driver’s license. I’ve come full circle. Can I get a Woo Pig Sooie? And might I say, the process was downright pleasurable compared to doing anything associated with the driver’s license process in Dallas, Texas. An-eee-thing.

The last time I renewed my license in Dallas, I drove downtown on my lunch break, searched for a parking spot near City Hall, fed coins into a meter, walked half a block avoiding eye contact with panhandlers who are part of the landscape, found my way through the massive building to the driver’s license department, and waited thirty minutes in a cramped, crowded space for my number to be called. 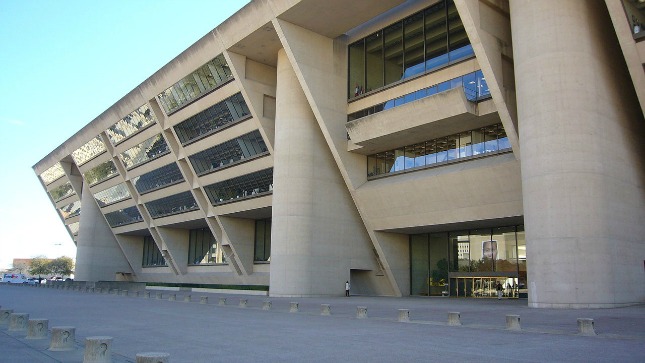 No one dared smile.

I felt certain I would leave with the flu.

Three weeks later, I received my new license in the mail. Was that me? I looked thin, haggard, sleep-deprived. Because I was.

Fast forward eight years or so…

This time I drove five minutes through the University of Arkansas campus, admired the gorgeous Christmas decorations adorning sorority house row, pulled into a free parking space five steps from the door of the revenue office. The revenue office that supports the Razorbacks. Gotta love that! 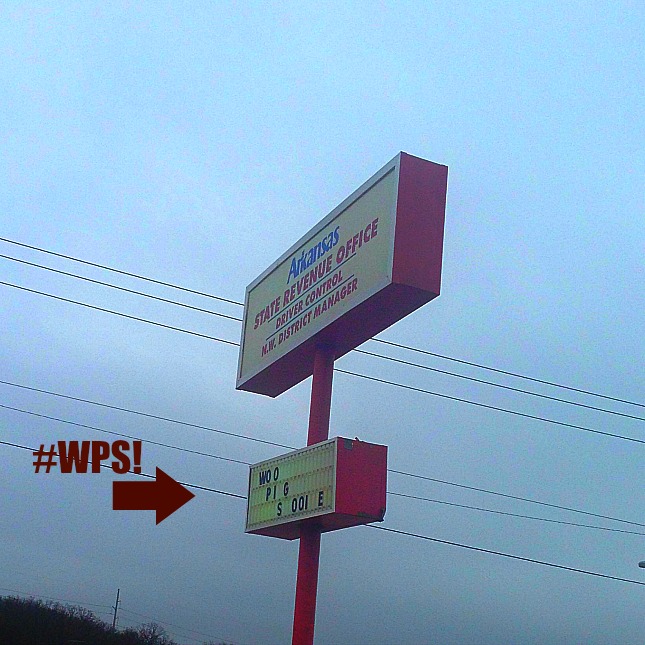 I walked right in and froze, not sure what to do or if I was in the right place because there were more employees working behind the counter than customers waiting. Was that even allowed?

I pulled number 42 from the ticket machine.

I handed over my identity papers because paperwork requirements are the same everywhere, and there’s that whole terrorist issue, BUT when the process is handled by an employee named Ellen who smiles and seems to actually enjoy her job, it doesn’t seem so arduous.

She asked me a few questions and in no time handed over my new Arkansas plate.

“No, I did. But I love being back home in Arkansas.”

Ellen snapped my picture and I walked away gripping my new driver’s license in my palm like an Arkansas diamond. People—state of the art technology right in the little office that looked more like an old Ken’s Pizza Parlor.

Of course my picture is still a driver’s license picture, and those are never very good. But it’s tons better than the cringe-worthy one I’ve been living with for the past eight years. I don’t look skinny or haggard or sleep deprived, because I’m not. In fact, I’m at least ten pounds heavier, and I’m okay with that. I call it my ten pounds of happiness. 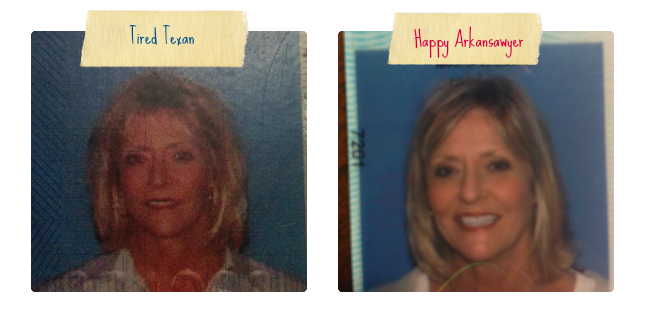 [tweetthis]I’ve come full circle. Can I get a Woo Pig Sooie? #WPS #Arkansas[/tweetthis]

Sheryl Crow – A Change Will Do You Good