I had one of those blah days, you know the sort, a day when everything drags along a bit out of sync. It all began with a gush of stagnant water from my front load washing machine—a frozen pipe. Luckily the pipe didn’t burst, so things could have been worse. Much worse.

The afternoon brought news of yet another short story rejection. I’ve learned to dismiss these rejections as quickly as spam—it’s all part of the roller coaster. But even so, sometimes I wonder why I bother.

There were other things about the day too. Dull, drab sort of things I won’t bore you with, but the sum of which added up to a complete waste of makeup sort of day.

That is…until I learned my friend’s long-time partner committed suicide. He lost his battle with depression.

In that split second I realized I’ve never had a bad day. Not really.

I don’t understand depression. I haven’t had to, not directly, and for that I’m thankful. As I try to wrap my hands around this horror, I think depression must be like cancer, something that takes hold, slowly eats away until the bad outweighs the good. Or maybe depression is like the weather. Something that can’t be turned on or off or controlled. It just is.

I don’t pretend to know. I only know we are all connected, and one person’s death has affected so many.

The morning after this shocking news, I watched the sun rise above the Live Oaks in our neighborhood. The glow spread extra pink, extra bright, so exuberant it seemed disrespectful. Yet the sun doesn’t comprehend life’s tragedies.

Or maybe it does.

Maybe sunrise is our most visible sign of hope. 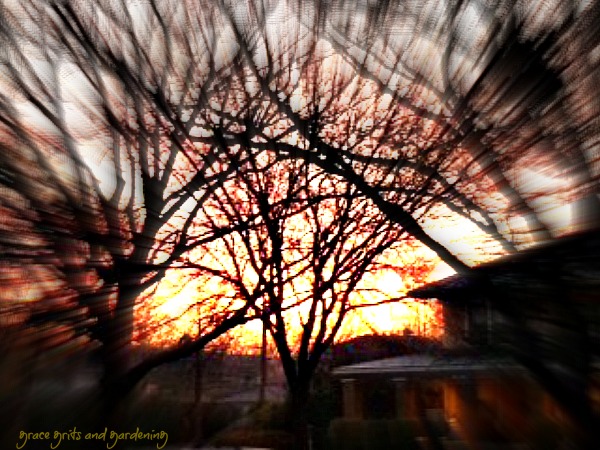 “So it’s true, when all is said and done, grief is the price we pay for love.”
― E.A. Bucchianeri