I don’t run.  I hate to run.  Running hurts my boobs. My best friend, Becky, lovelovesloves to run. She cranks up Keith Urban on her iPod, sucks down a tube of espresso love energy gel and jogs off in her cute little running skort looking so toned and in her zone. It’s the combination of Keith and espresso love that gives her that extra sparkle.
Last year, Becky ran her first half marathon in Dallas – what an awesome accomplishment. I was so proud and excited for her! Judy (my other BFF) and I watched her cross the line, snapping pictures and screaming like we were at a Donny Osmond concert in 1972. Yay Becky! Good for her!
I wouldn’t run a half marathon if Keith Urban was standing at the finish line naked, waiting to sing a brand new song he had written and recorded especially for me. I just wouldn’t. Not for Keith or anyone else. Ok, well, except maybe for Coach Graham.  There was actually a time I ran for Coach Graham. He was the Keiser Jr. High girl’s basketball and track coach. All the silly, giggly, goofball teenage girls in Keiser were C-RAZY about him. He was our Keith Urban. He motivated us to run even as he tortured us daily! But, we didn’t care. We would have jumped off the Keiser water tower for Coach Graham. And still would. 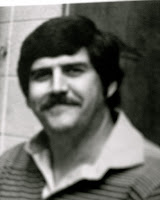 
Musical Pairings:
Peter Frampton, “Do You Feel Like We Do”